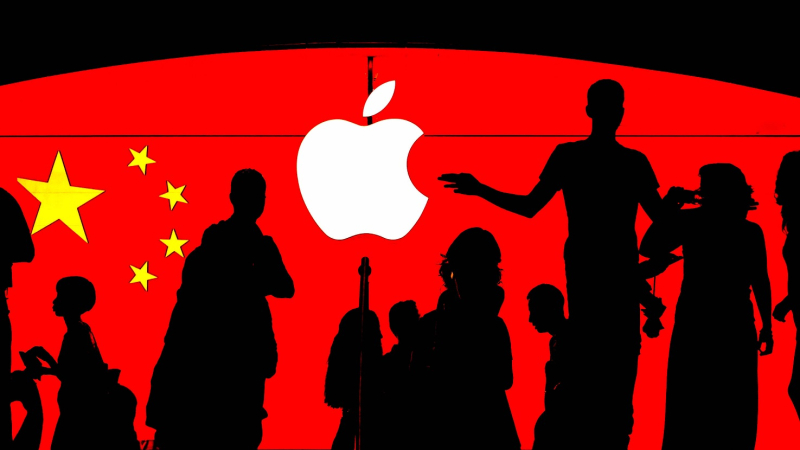 Analysis of Apple's 2021 Supplier Responsibility report has revealed that China has surpassed Taiwan to become the company's largest manufacturing base, according to a new Nikkei Asia report. This was a little surprising to learn considering the numerous reports over the last year describing Apple's desire to expand it's supply chain beyond China.

We learn today via a new Nikkei Asia report that "China now boasts more Apple suppliers than any other country, a sign that Washington's attempt to untangle U.S. and Chinese supply chains has had little impact on the world's most valuable tech company.

Of Apple's top 200 suppliers in 2020, 51 were based in China, including Hong Kong, according to a Nikkei Asia analysis of the Apple Supplier List released last week, up from 42 in 2018 and knocking Taiwan out of the top spot for the first time ever. Apple did not release data for 2019.

Chinese suppliers have also helped Apple build production capacity in other Asian countries as part of the company's strategy to diversify its supply chain.

One Apple supply chain manager told Nikkei Asia that most Chinese suppliers have very similar approaches in offering very low prices that suppliers in other countries find hard to match. They're willing to take low-margin businesses that other suppliers are reluctant to pick up. This way, they could gradually level up by working with Apple and then later bid for more business over time.

The UK's Verdict adds in their report that "Over the past two years, Apple added nine Chinese companies to its supplier list, knocking Taiwan out of the top spot for the first time since the tech giant began publishing the list in 2013.

The report covers 98% of the company’s spending on materials, manufacturing and assembly for the fiscal year. Though it does not disclose procurement values for each company, the report functions as an indicator of Cupertino’s reliance on global suppliers. Except for fiscal year 2019, the list has been updated every year and made accessible since 2013. Apple did not give an explanation why it did not release supplier information for 2019.

The tech titan’s former top supplier nation, Taiwan, lost ground in 2020. Some 48 Taiwanese companies made the supplier list last year, down from 47 in 2018. The island still serves as Apple’s second-largest supplier. Taiwanese partners on the list include Foxconn (formally traded as Hon Hai Precision Industry) and Pegatron, which remain two of Apple’s largest and oldest suppliers.

Meanwhile, the number of Apple suppliers based in Vietnam grew to 21 from 14 in 2018. Seven of those 21 companies are owned by Mainland China or Hong Kong-based entities. These include AirPods assembler Luxshare Precision Industry and Goertek, which have been producing Apple’s wireless earphones since 2020.

China’s expanding importance as a global tech supplier indicates that sanctions put in place by US regulators have not hampered the country’s manufacturing industry."

If this topic is of interest, then you could also check out the report by the South China Morning Post here.