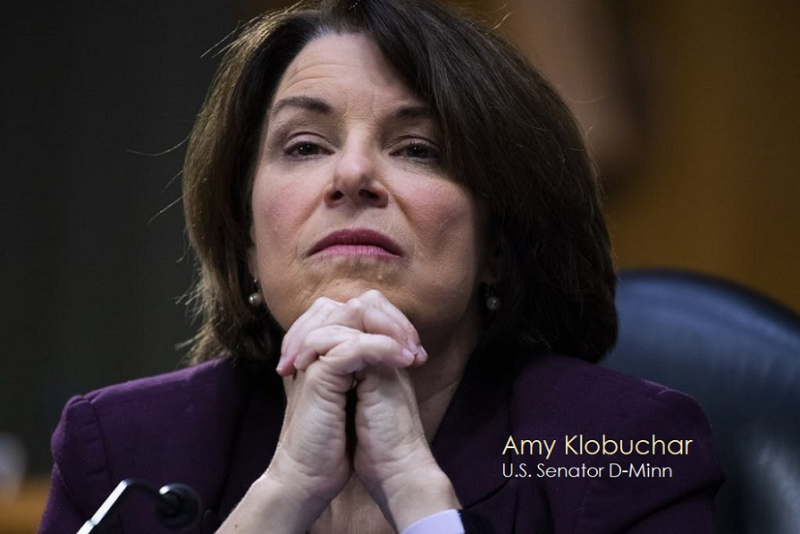 Earlier this morning Patently Apple posted a report titled "The Most Damaging Antitrust Bill was approved this morning by a close vote that could deeply affect Apple & Google if it passes the Full House."

Late today, a Bloomberg report noted that "Senator Amy Klobuchar presented a bullish case for revamping antitrust enforcement in the U.S., citing bipartisan determination to address competition across the economy. Klobbuchar added that a 'small but mighty group that works on this, both Democrats and Republicans,' are committed to pushing the best antitrust proposals through Congress.

Klobuchar, who chairs the Senate antitrust subcommittee, slogged through day two of a marathon session to approve a series of bills that seek to rein in Apple, Amazon, Facebook, Google and possibly Microsoft Corp.

The Minnesota Democrat praised her House counterpart, Rhode Island Representative David Cicilline, whose bill to prevent a handful of large tech companies from favoring their own products moved out of committee shortly before dawn on Thursday.

Asked if the Senate will act on the House bills, including Cicilline’s, as well as other measures that tech companies have warned would destroy services consumers enjoy, Klobuchar said 'we’re looking at all of these.'

Klobuchar introduced her own sweeping proposal in February that would update current antitrust statutes to make it easier for enforcers to bring and win cases. Her measure seeks to address anticompetitive behavior more broadly, not just in tech, and she has said she’s willing to break the bill into smaller pieces that have a better chance to become law.

Klobuchar said that while she appreciates successful U.S. companies that create popular products and employ lots of Americans, 'at some point, if there’s no competition, these companies are allowed to become these monopolistic, dominant providers,' that act as gatekeepers to shut out or disadvantage new entrants. 'I love capitalism,' Klobuchar said. 'But I always believe you need to put some guards around it when it comes to ensuring capitalism works.'"

Late this morning Microsoft introduced Windows 11 which includes a new Microsoft Store app that breaks with the Apple/Google commission structure by offering larger developers the ability to open app stores within the Microsoft Store with zero commissions.

Amazon's App Store and Stores from Adobe and Disney were highlighted during Microsoft's presentation.  U.S. Senators and the E.U. Commission will use Microsoft's new store model as ideal over Apple's App Store and force major changes to both Apple and Google because of it.

More than likely Apple and Google lobbyists are working overtime to get the Senate Bills watered down as much as possible so as to cause as little harm as possible or win enough support to kill the bills when they're voted on. Remember, that's what happened in North Dakota earlier this year. So the battle isn't over just yet.