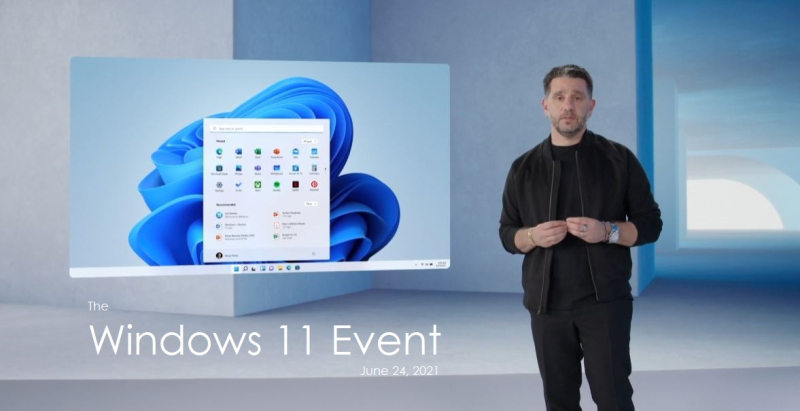 Earlier today Microsoft revealed the new Windows 11 that's coming to market later this year, the first major revamp of their operating system since 2015. Below is a brief overview of Windows 11 from today's Windows 11 event.

Windows will also include a new app store that takes direct aim at Apple's App Store model by allowing software developers use their own in-app payment systems and pay no commissions to Microsoft. It will also let users both find and run Android mobile applications on their laptops and PCs, thanks to technology assistance from both Amazon.com and Intel Corp.

This was the story today and Reuters focused on this point as well by adding that "The moves stand in contrast to Apple’s "walled garden" approach, in which the iPhone maker only lets users download software from the App Store and imposes controls on software developers, including a requirement to use Apple’s in-app payment systems and pay commissions of up to 30%.

The changes amount to a clash of visions between Microsoft, whose market capitalization recently topped $2 trillion, and Apple, the only other U.S.-listed company to hit a $2 trillion valuation. It also challenges Alphabet Inc’s Google Play Store, which also charges developers commissions. This was one of the major surprises announced today.

Satya Nadella, Microsoft’s chief executive officer, hammered this message home as well by stating that "Windows has always stood for sovereignty for creators and agency for consumers."

Patently Apple captured this key announcement on the new Microsoft Store by Panos Panay, Microsoft's Chief Product Officer, as presented in the video below.

Microsoft has always been trying to find a way to get back at Apple for the iPhone revolution that killed their market dominance in short-order. Their new Microsoft Store model could be a major win for them over time if Apple refuses to change their current App Store model in good time.

while Apple fans won't be moved by what Microsoft has done, developers could be easily swayed to make more money on the Windows Store and begin developing for Windows first so as to build a new business model that could earn them more money.

While only time will tell if this strategy will actually be a winner for Microsoft, one thing is for sure – Microsoft's new store model has just set the Apple Store model on fire in techland and Antitrust commissions around the globe will only be emboldened by this move and push harder for major changes to Apple's App Store.

While the security issue is still a good one for Apple, antitrust groups, in general, just aren't buying it. The only question now is, how far will Government's go to force change to the App Store (and Google Play).

If you're interested in knowing more of the features coming to Windows 11 this fall, then be sure to check out the reports by CNBC and TechCrunch.