Home Archives Contact Us Subscribe Twitter MeWe Facebook Patently Mobile
Apple TV+ Releases the Trailer for Season 2 of its Hit Series 'Ted Lasso' that's beloved by Soccer Fans around the World
In order to compete with Foxconn, Pegatron has raised its recruitment bonuses to attract Factory Workers for iPhone 13 production 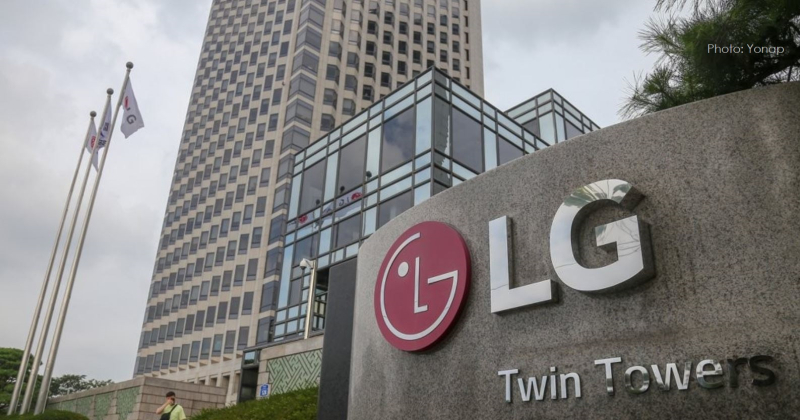 In early April Apple Patently Apple posted a report describing LG's decision to drop out of the smartphone business after losing over US$4.4 Billion in 2020 alone. Then last week we report that LG was in negotiations with Apple to sell iPhone and iPads in their 400 "LG Best" shops across S. Korea.

We're now learning that LG wants to make back the billions of dollars that they've lost over the years selling handsets and plans to use their vast patent portfolio to sue whoever they can to boost their bottom line.

An LG Electronics official told The Korea Times that "We're continuing to look into ways wireless patents can be utilized, and patent suits can be a way for the assets to continue to contribute to LG in the form of revenue and future innovation.

Of course that doesn't necessarily mean LG Electronics intends to transform itself into being a patent troll. Yet, the company does plan to apply measures such as court filings to protect its telecom patents.

More specifically, LG plans to look into a list of companies it believes are using its patents without a license. LG has so far received damage compensation from infringers or secured additional licensing contracts, which boost its bottom line.

Earlier this month, a regional court in Germany ruled that Chinese consumer electronics maker TLC infringed on one of LG's LTE patents ― the ruling was in line with two other similar patent judgments. 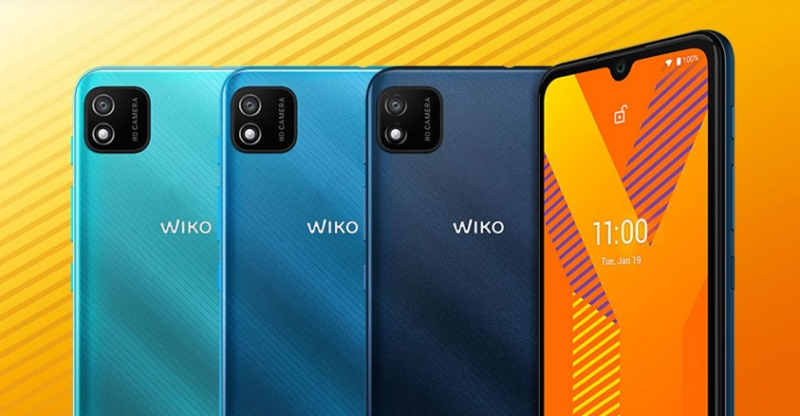 In 2018, LG filed three separate lawsuits in a German court against French smartphone manufacturer Wiko for infringing on its LTE standard essential patents (SEP). SEPs are patents that protect technology essential to a standard. It is impossible to manufacture standard-compliant products such as smartphones without using technologies covered by one or more SEPs. The court ruled in LG's favor in all three cases in 2019.

In 2017, LG took legal action against U.S. smartphone manufacturer BLU with a Delaware court and the U.S. International Trade Commission for violating five of its LTE SEPs. The case was concluded months later with BLU signing an agreement to pay for using LG's technology.

According to intellectual property research and consulting firm TechIPm, LG ranked No. 1 in the world from 2012 to 2016 in the 4G (LTE/LTE-A) SEP category.

This afternoon we spent some time reviewing a 2020 report published by the World Intellectual Property Organization (WIPO) for a few statistics. We learned that China filed more than twice as many patents as the U.S. did in 2019 and 10X the amount of trademarks. Yet the report noted that the Republic of Korea continues to file the highest number of patents per unit of GDP, according to the 2020 World Intellectual Property Indicators report. 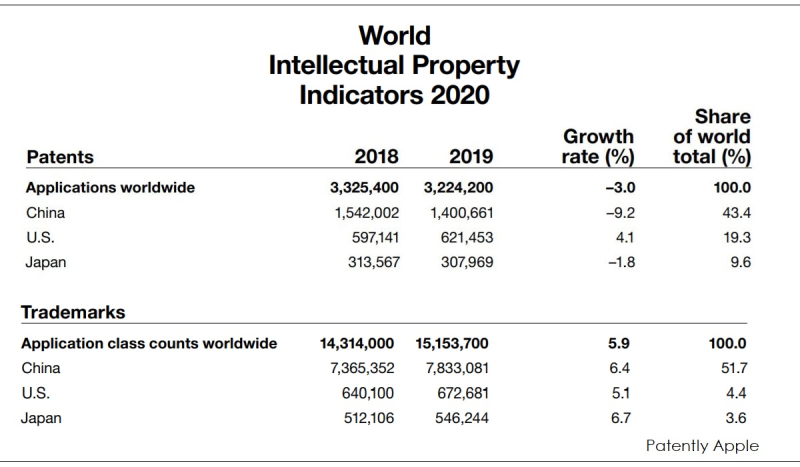 The report further specified that patents for "Telecommunications" ranked as the third  largest sector, behind "Electrical machinery, apparatus, energy" and "Audio-visual technology."

As long as LG itself uses their patents to file patent infringement lawsuits, Apple should escape any lawsuits. But if LG decides to sell their patent portfolio to a large Patent Troll company, then Apple could get hit in the crossfire.

Hopefully Apple and LG will be able to continue to do business with each other for iPhone displays and selling iPhones at LG stores without having to be dragged into future patent infringement lawsuits if patent trolls get involved. We'll definitely keep an eye out for future developments on this front.