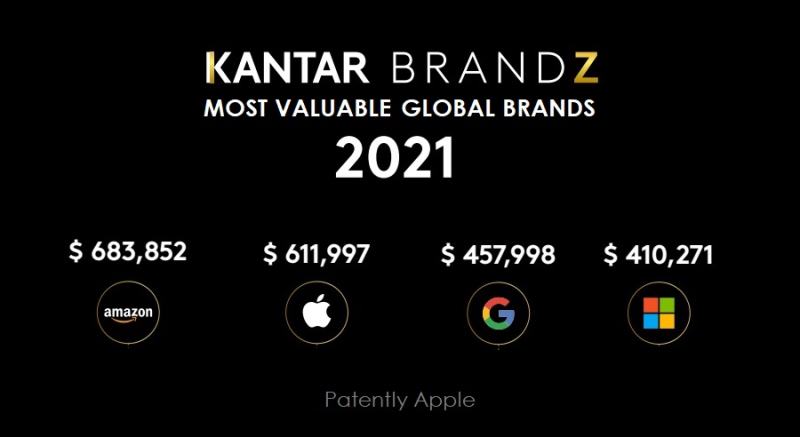 As a brand, Apple was listed as number one by Interbrand in 2019,  number one by Forbes in 2020 and top most valuable technology brand in 2020 by Global Brands. Today, Kantar's 2021 most valuable global brands list was published, with Apple taking second place. Amazon took the top spot with Google in third and Microsoft in fourth. With the U.S. taking the top four spots, the fifth spot went to China's Tencent. China's Alibaba ranked seventh. 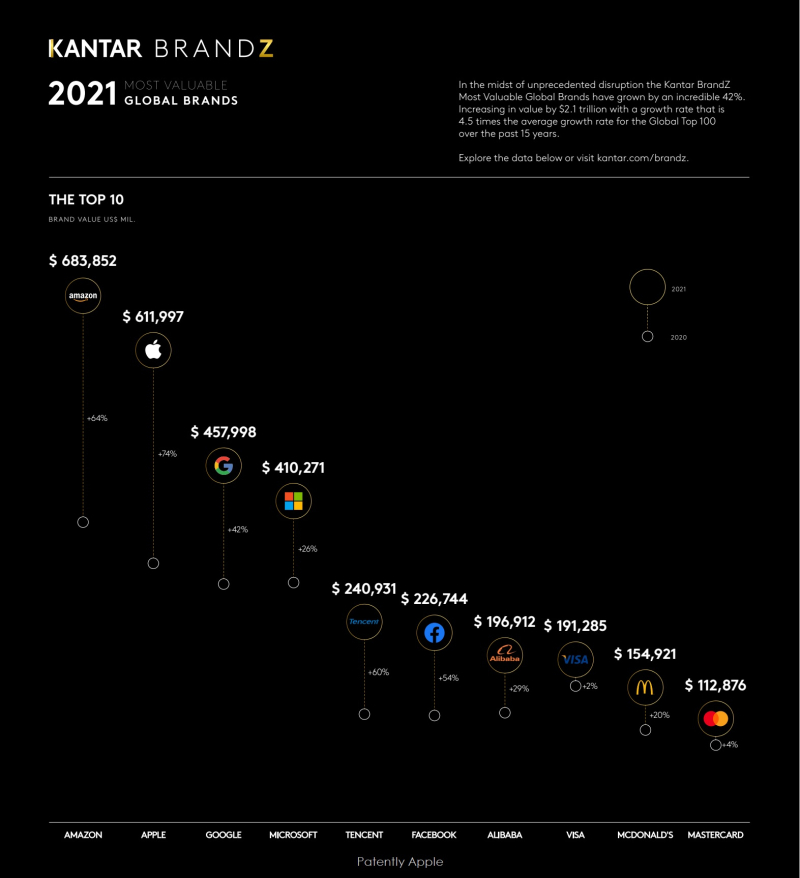 The total value of the 2021 Kantar BrandZ™ Top 100 Most Valuable Global Brands has grown by 42%, to reach record-setting new heights of over $7 trillion. The accelerated growth of the world’s most valuable brands reflects an impressive rebound from the economic toll of the global pandemic.

Amazon maintained its position as the world’s most valuable brand, growing 64% to US$684bn. Having first entered the ranking in 2006, Amazon’s brand value grew by almost $268bn this year. It became the first half-a-trillion-dollar brand, alongside Apple, at number 2, valued at $612bn.

The top European brand was France's Louis Vuitton in 21st place, followed by Germany's SAP software group in 26th place. The only British brand on the list was Vodafone in 60th place. U.S. brands were dominant: American brands grew fastest over the past year and American brands accounted for 74% of the top 100, Kantar said.

For those interested in reviewing the full report by Kantar, you could fill out a request form on Kantar's website here.