Home Archives Contact Us Subscribe Twitter MeWe Facebook Patently Mobile
Russia is sending Legislation to the upper house of Parliament that would force U.S. companies like Apple to open Offices in their Country
A Strike set for Monday at Samsung Display could potentially disrupt iPhone 13 Display Production

In Q1 2021, Apple took over 35% Market Share of the Wearables Market in Europe, more than Doubling Second Place Samsung 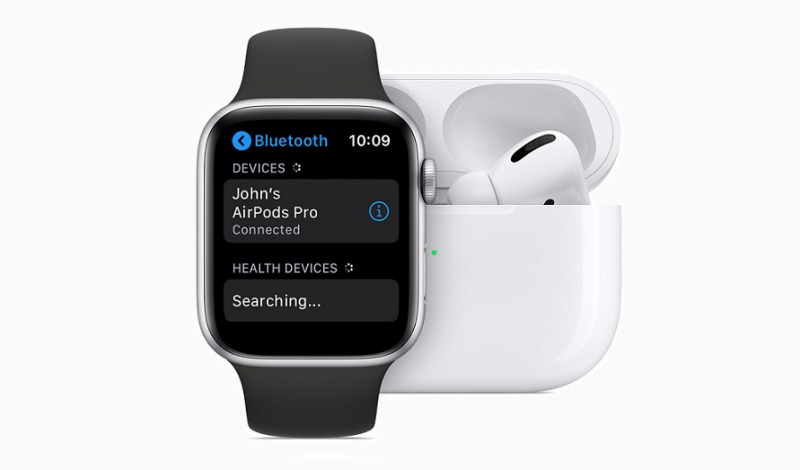 In the first quarter of 2021, the wearable market in Europe grew 33.0% compared with the same period in 2020, according to IDC. Between January and March, 22.0 million units were shipped to the region. Kyla Lam, research analyst for wearable devices for Western Europe stated that "A year after disruptions in supply chain and consumer confidence, the wearable market showed signs of recovery with 35.0% YoY growth.

Earwear accounted for 11.7 million units in the European market; this is the largest product share in the wearable market, with 53.2% market share. Truly wireless earwear remained popular among consumers, with greater interest in fitness, lower ASPs, and bundled promotional campaigns driving growth.

Watches accounted for 31.2% of the market, reaching 6.9 million units, for growth of 51.2% year over year. Apple's WatchOS yet again surpassed market expectations. Its brand reputation and consumer loyalty have boosted purchases from both returning consumers and first-time buyers, and its decision to cut the price of the Watch Series 3 and Watch SE led to stronger demand. Other vendors are channeling their sales both online and offline, driving more opportunities in cross-border sales. 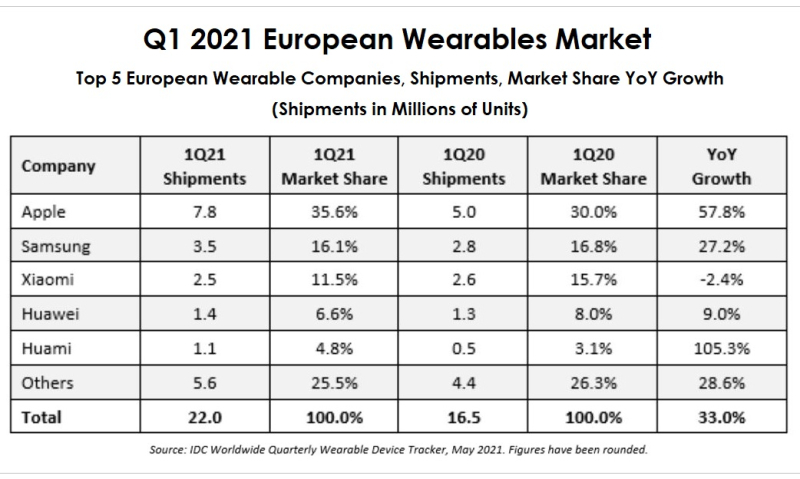 "The wearable market in Central and Eastern Europe (CEE) grew a healthy 27.9% YoY," said Milos Vuckovic, senior researcher for the CEE market. "While the earwear category showed steady and continuous growth of 41.5%, the watch category has flourished, with 92.2% growth in the smart category and 110.6% YoY growth in the basic category. In the smart category. Apple registered 126.4% growth, showing the full potential of its wide portfolio."

"Wearable products will continue to grow as consumers enjoy miniaturization of smart devices with multifunctionalities in the age of self-tracking autonomy," said Lam.

The glasses category grew 133.4% YoY due to greater interest from international vendors such as Bose, Huawei, and Razer. Though at the higher end of the price range (at an average of $250), they are gaining interest from both tech vendors and consumers.

Apple's next generation AirPods 3 have been rumored for September or sometime in Q4 2021 with Apple's AirPods Pro 2 due out in 2022. Between AirPods 2 and Apple Watch 7 refreshes on the way, Apple's lead in wearables should continue through to the end of the year.