A new analytical report comparing the Q1 2021 iPhone installed base with that in Q1 2020, show that initial sales of the iPhone 12 series have been better than the iPhone 11 and more importantly, Apple's higher end Pro Max shipments grew to 54% of all iPhone 12 shipments in contrast to 2020 when Pro models were only at 44% of shipments. 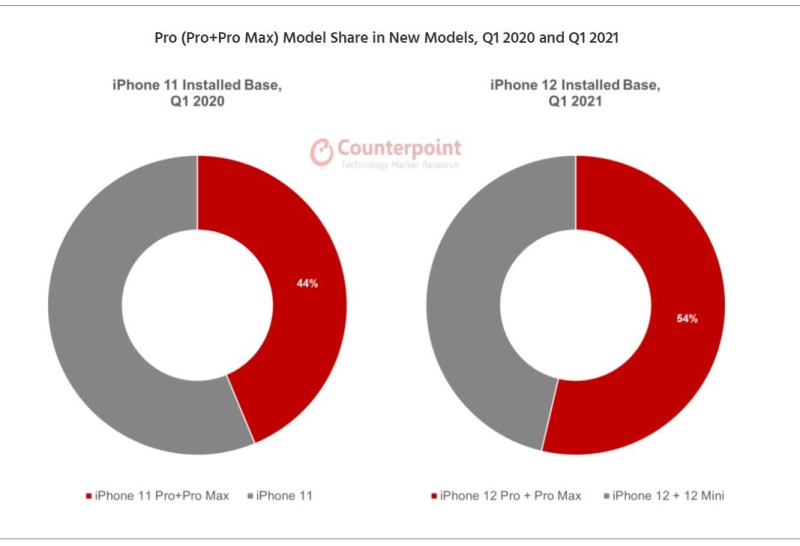 For more on this, read the full Counterpoint report here.

Late last month Patently Apple posted a report titled "In Q1 Apple's iPhone 12 Captured One-Third of Smartphone Industry Revenue with more Volume than their Top Competitors Combined." We can now see that the rise in Pro shipments in Q1 was the cause for Apple's rising revenue success.