Today the U.S. Patent and Trademark Office officially granted Apple two Project Titan patents. Both patents relate to vehicle actuator systems which are controllable systems that cause or affect motion of a vehicle. Such systems include propulsion actuators, braking actuators, steering actuators, suspension actuators and more. 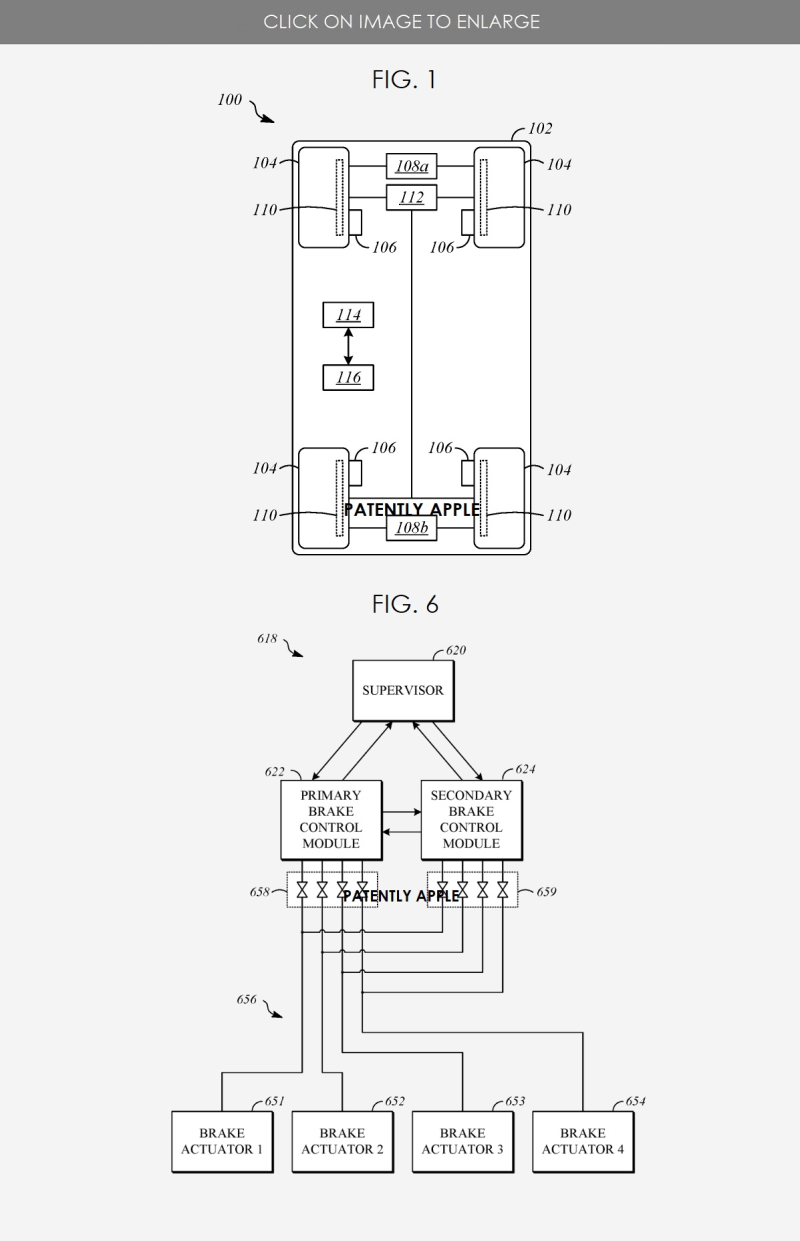 The system can communicate information to a driver, via haptic feedback provided via actuator displacements, which can augment the driver's situational awareness.

The system can compensate for vehicle oscillations at frequencies below the primary ride frequency, thereby mitigating the risk of occupant motion sickness. 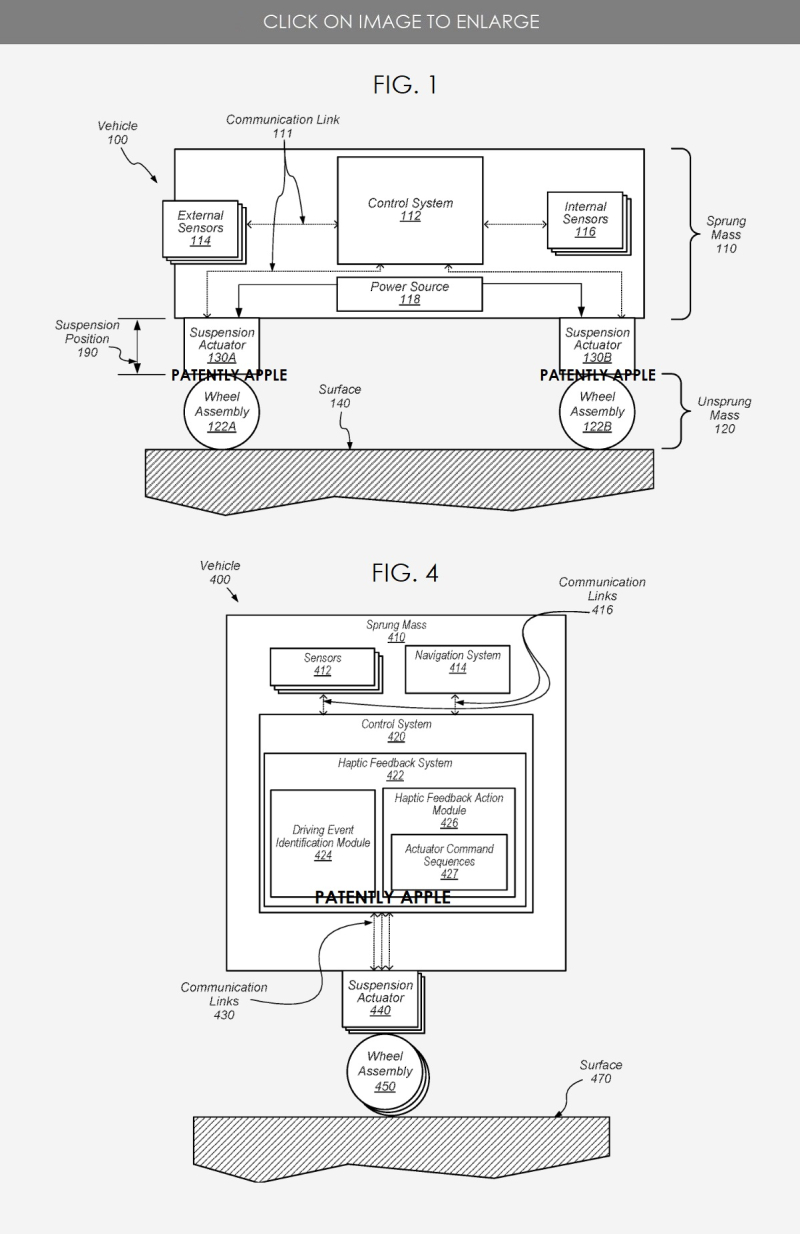