Home Archives Contact Us Subscribe Twitter MeWe Facebook Patently Mobile
A company who has sued Cisco, Aruba Networks & Belkin is now suing Apple for infringing their acquired MIMO Technology patent
Last week Apple was granted 2 iPad Air Design Patents and filed for a couple of new trademarks such as "There's an App Clip for That" & more

TV+ News: Short Film "Blush" Premiers at the Tribeca Film Festival today, the 'Shrink Next Door' to Debut on Nov. 12th & 'Physical' gets a Beating 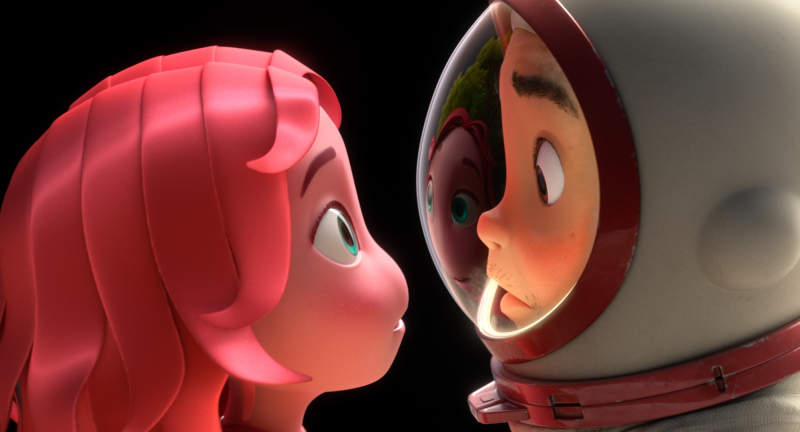 The short film "Blush" will premiere at New York's Tribeca Film Festival as part of its showcase of Animated Shorts Curated by Whoopi Goldberg. While "Blush" will be released on Apple TV+, no date has been set by Apple.

Variety  briefly spoke to Mateo before "Blush" screens at the closing ceremony of the Annecy Animation Festival later today (June 19).

At the end of the interview Mateo stated: "We started production a couple of months before lockdown. We knew we wanted to make a short with a message of healing and hope, but I didn’t of course expect the pandemic to happen in the process of making it.

Healing was more about sharing my story. 2020 was a rough year but I was very fortunate to have "Blush." Waking up every morning looking forward to it. It provided me with a sense of normalcy. Now it’s about getting the message out there at a time when we need it the most. It will be great if it can be a source of hope and healing for a lot of people." You could read the full interview here.

Made by Skydance Animation out of the U.S. and Spain, "Blush" was produced by Heather Schmidt Feng Yanu ("Toy Story," the "Cars" trilogy), and executive produced by the legendary John Lasseter ("Toy Story," "Monsters, Inc.," "Cars") David Ellison and Dana Goldberg.

The Shrink Next Door

Apple TV+ has unveiled a first look at the highly anticipated 8-part dark comedy titled "The Shrink Next Door" featuring a star-studded cast led by Will Ferrell and Paul Rudd, who also serve as executive producers, will make its global debut Friday, November 12, 2021.  Apple TV+ with start with the first three episodes and then new episodes will premiere weekly every Friday.

Bingers will have to wait until at least December 17 to watch the series in its entirety in one-sitting when you have the time. Delivering episoneds week-by-week is an old and tired TV industry format. 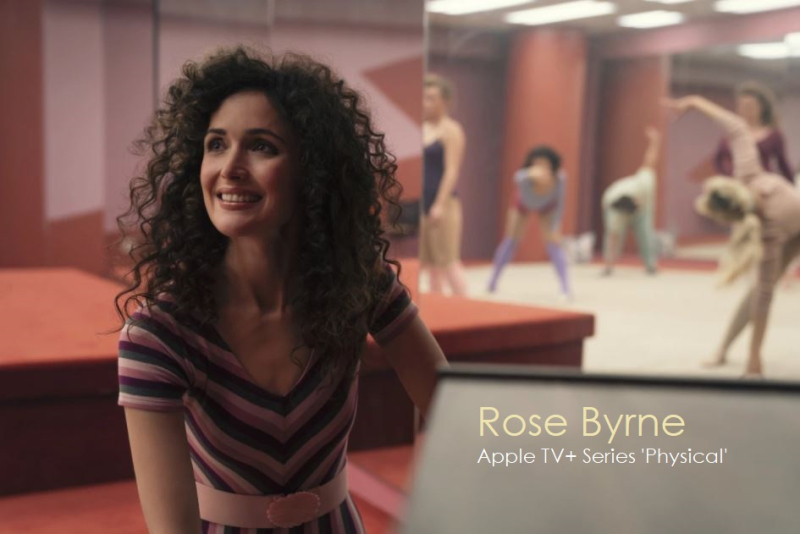 The Guardian (UK): They rated the series 2 out of 5 stars. The review states that "It's all pain and no gain in this spandex-clad dramedy. Rose Bryne's fitness guru fails to get the pulse racing.

The Rolling Stone: They rated the series 2 out of 5 stars. The review states that "the glitzy packaging of Physical is wrapped around a miserable, frustrating show." Ouch.

Chicago Sun Times: The rated the series 2 out of 4 stars. The review states that in "Physical," "Rose Byrne plays a candidate’s wife who isn’t ugly like she thinks — but she is narcissistic and nasty and unpleasant to watch. Apple TV+ has delivered another well-filmed, well-acted and decidedly downbeat bummer of a series in the Rose Byrne vehicle."

IndieWire: Going against the grain, IndieWire actually liked the series … somewhat, giving the series a B-. The review states that "The series’ biggest flaw is the amount of storylines that are packed into its 10 episodes. In the end, 'Physical' is a showcase for Byrne that will have you jumping even if things feel a bit unbalanced."

TV Series Bingers will have to wait until August 6th at the earliest to watch "Physical" over two days or a long lazy Sunday.