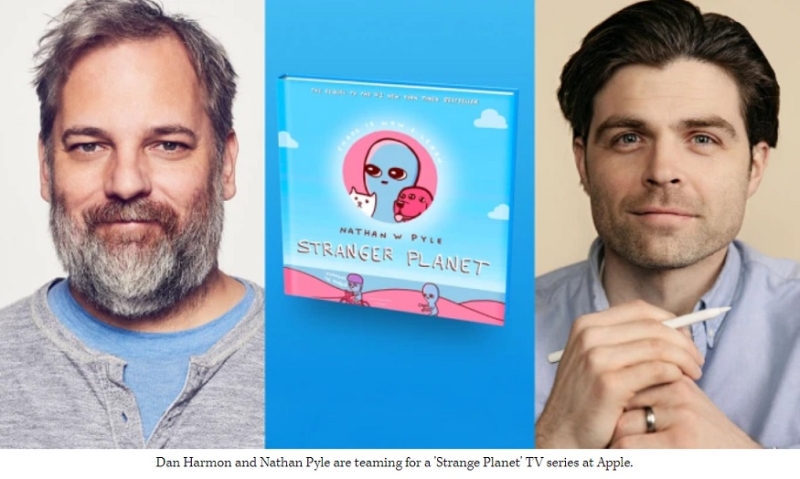 Nathan Pyle’s Strange Planet is getting the TV treatment. Apple TV+ has handed out a 10-episode, straight-to-series order for an animated series based on Pyle’s web-comic and best-selling graphic novels of the same name. While the comic has many stories under "Strange Planet", the one illustrated in our cover graphic is for a specific web-comic titled "Stranger Planet," so it's not a typo.

The series will tell profound and heartfelt stories about beings on a distant planet not unlike our own. According to Wikipedia, "Pyle launched his web-comic Strange Planet in February 2019. It follows a planet of blue beings without gender or race who have human traditions and behaviors but discuss them in highly technical terminology, such as saying 'I crave star damage' instead of 'I want to get a sun tan.' The beings are big eyed, bright blue creatures, often called aliens, though Pyle does not use the term 'alien', saying that the comics take place on their home planet and the readers are the visitors."