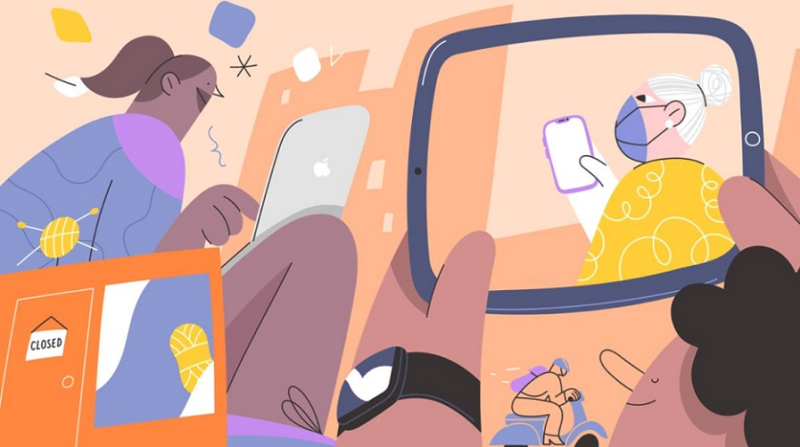 Yesterday we heard from a European Parliament lawmaker Andreas Schwab who made it clear that the EU Commission wants to end the success of Apple, Google, Amazon and Facebook so as to end U.S. software leadership in Europe. With a stroke of a pen European companies like Spotify will be able to break Apple's App Store rules to their benefit. Today, Apple wants to set the App Store record straight for all to see.

Today, Apple announced that the App Store ecosystem facilitated $643 billion in billings and sales during 2020, a 24 percent year-over-year increase.

An independent study by economists from the Analysis Group found that developers selling goods and services across many categories grew their businesses while reaching customers around the world. App creators applied their creativity and passion to help people stay connected, healthy, and entertained — while the App Store played a vital supporting role as developers adapted to the year’s challenges and brought new innovations to life.

The new study, "A Global Perspective on the Apple App Store Ecosystem," takes an in-depth look at how the App Store supported small businesses, which have quickly become a thriving and inclusive engine of opportunity for economies around the world.

The number of small developers worldwide has grown by 40 percent since 2015 — and they make up more than 90 percent of App Store developers.

The study defines small developers as those with fewer than 1 million downloads and less than $1 million in earnings across all their apps in a given year.

Tim Cook, Apple’s CEO: "Developers on the App Store prove every day that there is no more innovative, resilient or dynamic marketplace on earth than the app economy. The apps we’ve relied on through the pandemic have been life-changing in so many ways — from groceries delivered to our homes, to teaching tools for parents and educators, to an imaginative and ever-expanding universe of games and entertainment. The result isn’t just incredible apps for users: it’s jobs, it’s opportunity, and it’s untold innovation that will power global economies for many years to come." The ability to reach a global audience on the App Store has helped developers of all sizes create life-changing opportunities not just for themselves, but for their teams and communities.

KidloLand, an app that makes learning fun for young children, was launched in 2012 by brothers Aditya and Nishant Mohatta in India. Since then, the app has been downloaded more than 6 million times and has grown to a team of more than 40 people.

Aditya Mohatta: "To know that children in 174 countries have played our songs more than half a billion times — it means a lot to us, especially as fathers. This growth has meant we can create stable jobs for people in our communities. Some of our team members purchased their first homes — that is something we are especially proud of, because in India, buying a home is considered a very big step in one’s life. And during the pandemic, we were able to donate food and medical supplies, including oxygen concentrators, for those who were in dire need." 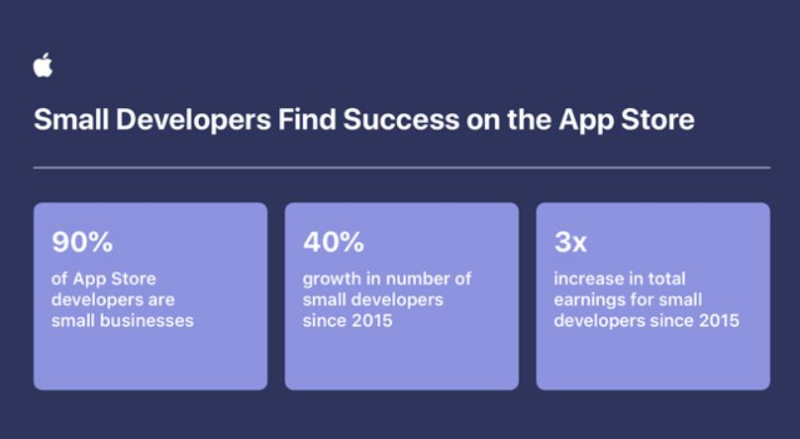 For a subset of developers on the App Store, acquisitions and public offerings have blazed trails, enabling them to grow their businesses even further. In a conservative estimate for Europe and the US, the study found that more than 75 app-based companies for whom iOS apps are central to their businesses have gone public or been acquired — with a total valuation of more than $510 billion at the time of their offering or sale.

Bumble launched in 2014 with a team of less than 20 people. Fast forward seven years and Bumble Inc. has become the parent company of both its namesake, the woman-first Bumble, and dating app Badoo, which now host a combined 42 million monthly active users globally. Bumble Inc.’s February 2021 IPO raised $2.2 billion and the company says the App Store and iOS ecosystem are “inextricably linked” to its success.

Miles Norris, Bumble’s chief product officer: "For the entire team, the IPO was a real moment of validation. It’s going to allow us to accelerate our growth into more markets and scale our mission, which has always been to create safe, healthy, and equitable relationships across all facets of a woman’s life. To realize that kind of change, you have to reach a lot of people, and the App Store has enabled us to do that."

Success looks different for each app on the App Store. Apple’s goal is to provide the developers behind each and every app, regardless of size, with the tools to build a thriving business and deliver a great app experience for Apple users.

Read Apple's full press release that goes on to cover the following: