Apple has gone on a Full-Tilt Offensive against a series of Antitrust Bills to be voted on by the U.S. House Judiciary Committee today 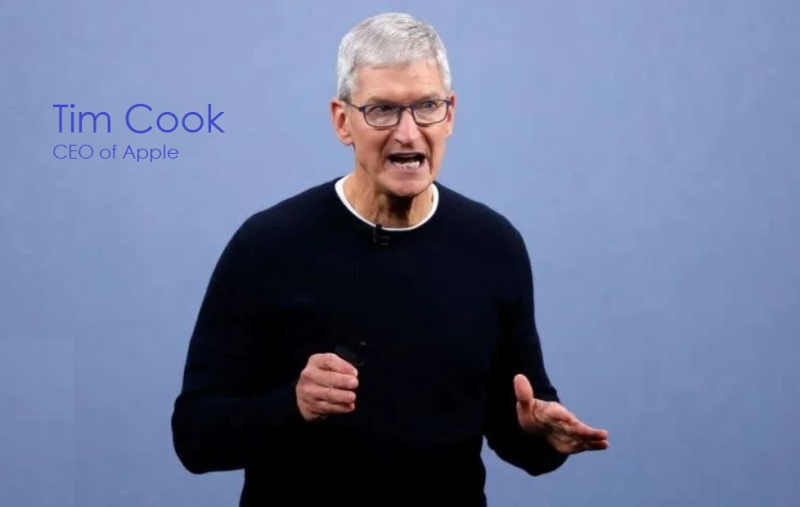 A report out of Beijing today claimed that days after U.S. lawmakers introduced five bills that could break the dominance of technology companies, Apple CEO Tim Cook called House Speaker Nancy Pelosi and other lawmakers to warn them, people familiar with the matter said.

Mr. Cook issued multiple warnings about the bills, according to people familiar with the matter. He said the antitrust laws were too hasty and would hurt consumers by curbing innovation and disrupting iPhone services.

Pelosi hit back at Cook's concerns, including rejecting Cook's request for the House Judiciary Committee to delay consideration of the bills. She also pressed Cook to find specific policies to oppose the bills.

Apple is also working with lobby groups to oppose the looming antitrust legislation. Morgan Reed, president of App Association, an industry group sponsored by Apple and other telecommunications and technology companies, wrote to lawmakers Tuesday that "breaking up platforms and limiting the services they provide to our member companies will hurt your constituents." You could also read a similar report on this from the New York Times.

In a secondary report by Bloomberg we learn that Apple is raising fears about letting users install applications outside the company’s App Store, an issue being targeted by lawmakers and regulators that also played a prominent role in its recent trial against Epic Games Inc.

The company said Wednesday on its website that requiring apps to be downloaded from the App Store protects consumers against scams, keeps their privacy secure and provides developers payment for their work. All those benefits could disappear if apps can be downloaded from third-party app stores with lesser protections or users get an app from a website or PC and "sideload" it onto the phone.

"Allowing sideloading would degrade the security of the iOS platform and expose users to serious security risks not only on third-party app stores, but also on the App Store,” the Cupertino, California-based technology giant said on its website. "Because of the large size of the iPhone user base and the sensitive data stored on their phones -- photos, location data, health and financial information -- allowing sideloading would spur a flood of new investment into attacks on the platform."

The company said sideloading and downloads from third-party app stores would wipe out years of privacy features baked into Apple’s mobile operating system and make it more like Google’s Android system, creating fewer smartphone alternatives for consumers. The company said sideloading would “blunt the growth of the app economy, harming both users and developers” as consumers worried about privacy are likely to download fewer apps.

Apple added: "Allowing sideloading would spur a flood of new investment into attacks on iPhone, incentivizing malicious actors to develop tools and expertise to attack iPhone device security at an unprecedented scale."

The Bloomberg report further noted that "The timing of Apple’s push back isn’t coincidental. The U.S. House Judiciary Committee Wednesday is scheduled to discuss six proposed antitrust bills, including one sponsored by Rhode Island Democrat Representative David Cicilline, a Democrat from Rhode Island and chairman of the antitrust subcommittee that, if passed into law, could call for Apple to open up to third-party app stores and provide all of its iPhone technologies to third-party software makers."

According to an early copy of the bill: "It shall be unlawful for a person operating a covered platform, in or affecting commerce, to restrict or impede the capacity of a business user to access or interoperate with the same platform, operating system, hardware and software features that are available to the covered platform operator’s own products, services, or lines of business." 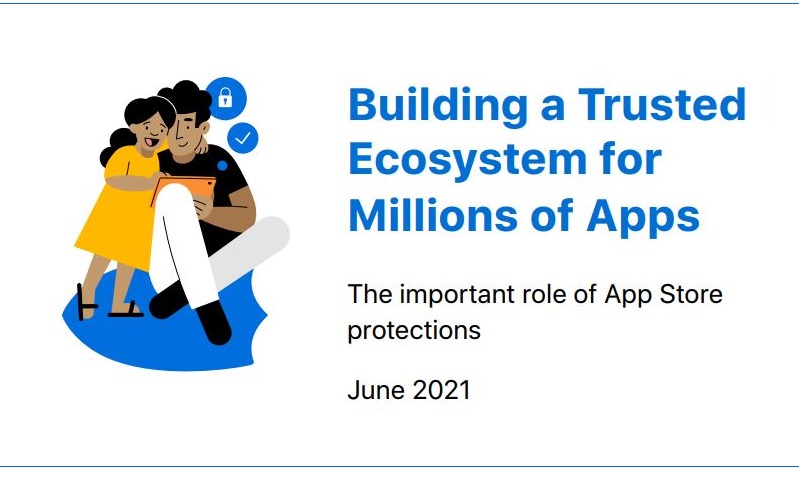 CNBC's report added that "In a 16-page paper posted to its web site, Apple said that allowing sideloading would encourage hackers and scammers to target iPhone users by helping them entice victims to download apps from outside the store, possibly for school or work.

"Because of the large size of the iPhone user base and the sensitive data stored on their phones – photos, location data, health and financial information – allowing sideloading would spur a flood of new investment into attacks on the platform," Apple said in the report.

Apple faces far different antitrust challenges than these other companies. Apple’s Silicon Valley rivals face questioning over large mergers (Apple tends to make only small acquisitions), data privacy, and whether they should be broken up into smaller companies.

With Apple, legislators are mostly focused on its App Store and its rule that Apple must process in-app purchases, for which it takes a 15% to 30% fee. For more on this, read the full CNBC report.

As this story continues to heat up, you could also read another Reuters report posted this morning titled "U.S. House panel to take up Big Tech antitrust bills amid vociferous criticism."