Apple, Facebook and Google aim to bring Wrist-Gesture input to Smartwatches and Future Eyewear in the not-too-distant future 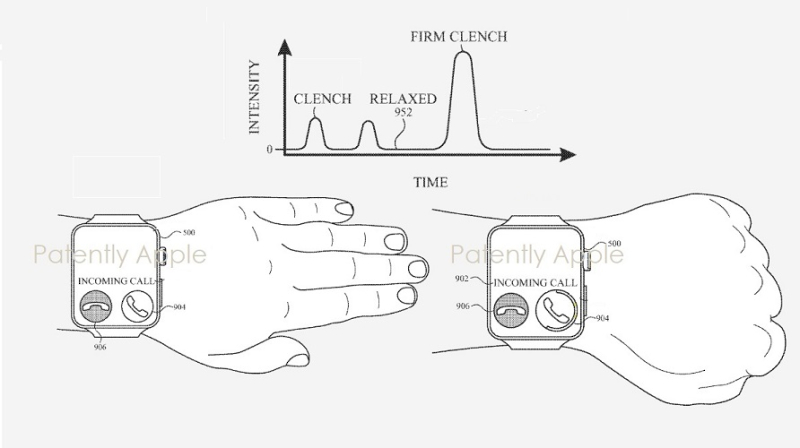 On Wednesday Patently Apple posted a report titled "Facebook has leaked the news that their first Smartwatch is coming to market in 2022 that will reportedly launch with two cameras & more." In the bigger picture, Facebook revealed in March that they had their eye on bringing wrist-based input for future AR glasses using a watch or watch-like device. Not to be outdone, Apple  provided a preview of their new AssistiveTouch technology for Apple Watch in May that works with wrist-gestures to control the user interface.

This week Apple introduced AssistiveTouch to their developers at WWDC21. A short snippet from that developer session is presented below. If this interests you, then check out the full 23 minute WWDC21 session here.

Not to be left out, Google has been working on hand gesture input for a future watch and/or WearOS since 2019. Patently Apple first covered one of Google's patents on this ack in May 2020.

This week the U.S. Patent Office published another Google patent on gesture detection for a future watch that could extend input to future Chromebooks and eyewear as presented in a series of their patent figures below.

Google's patent FIG. 4 illustrates an example of detecting gestures using inertial measurements. More specifically, the example illustrates motion of the hand (#220) includes a rotation of the hand, which may be captured by camera (#115A) of a Chromebook. 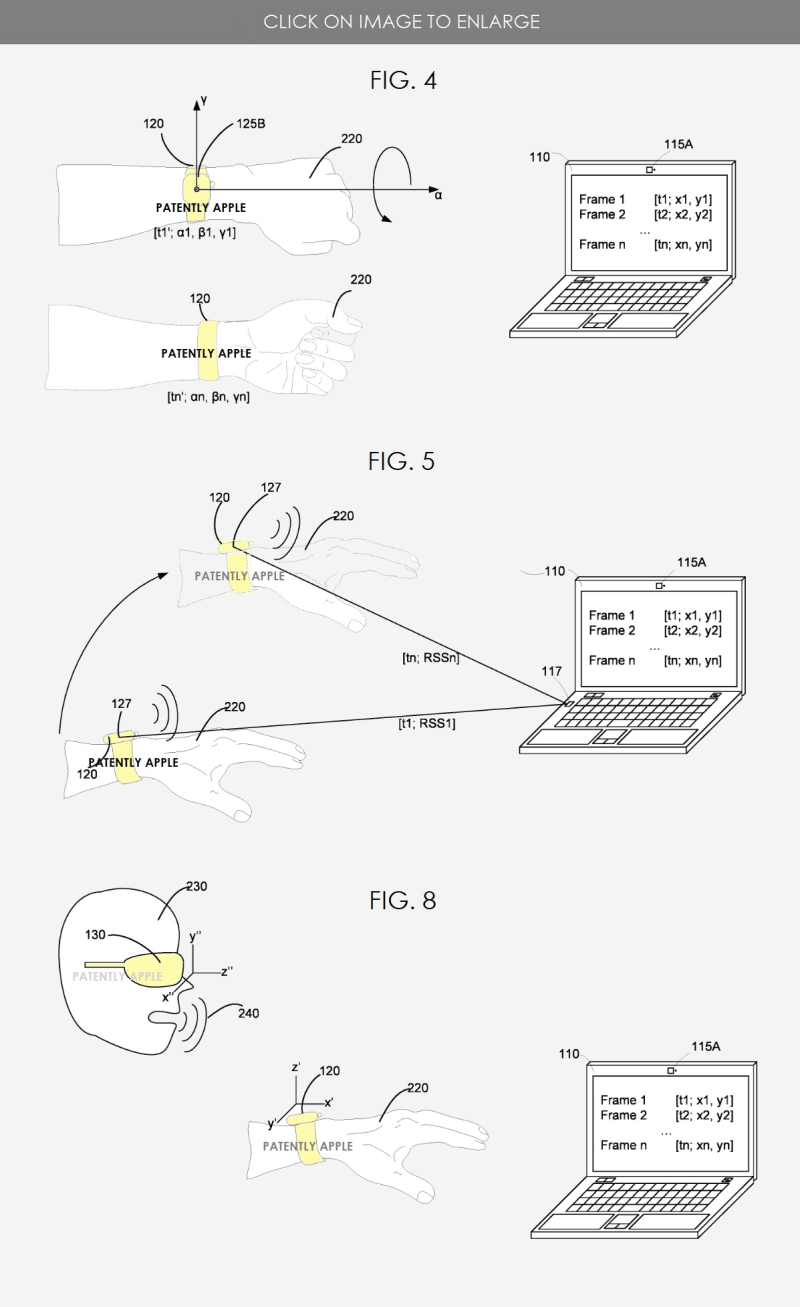 It's clear that Apple, Facebook and Google (at the very least) are working to bring wrist-gesture input controls to their respective smartwatches, eyewear and possibly notebooks in the not-too-distant future.

Apple is likely to introduce Assistive Touch with Apple Watch 7 first as an "accessibility" feature for those that are handicapped. However, Apple could further expand AssistiveTouch over time to more devices and for applications beyond accessibility.

As for Facebook, they're rumored to be aiming to release their first smartwatch to market this fall. Whether their wrist-gesture input functionality will make it to market right out of the gate is unknown.

With Google working with Samsung for a common WearOS experience this fall, wrist-gesturing may also be on the table, though that would be a tough one to count on for 2021.

Google's desire to bring wrist-gesturing to future glasses has an unknown time frame to market, though they did advance their smartglasses project this week by receiving  granted patent 11,030,973 for what they describe as being a "Wearable Heads-up-Display" as presented in a number of patent figures below. The inventors listed on the patent reveals that the patent was originally from North Inc, acquired by Google a year ago. The image below is from North Inc. prior to the acquisition which points to the use of full-color holographic projection.

While it's rumored that Apple will be launching their first AR Headset in Q2-22, expecting AssistiveTouch to be ready to work with their headset at launch would be a longshot at best. Though you never know. If Google beats Apple to market with this feature, it could push Apple's team to bring this feature to market at an accelerated pace.

At the end of the day, wrist-based input using a smartwatch appears to be a future trend that's just around the corner, as Apple, Google and Facebook are racing to patent their technologies prior to going full tilt ahead.

Of course, the real race is bringing quality AR glasses to market, with imaginative new input tools and user interfaces being distinguishing factors that could provide one of the tech companies with a real market advantage if one sets the bar very high.

If Ming-Chi Kuo's prediction comes true, then the we won't have too long to wait for this new market segment to really take off.

With Google's Pixel phone never really gaining traction and Facebook missing the whole smartphone race entirely, both of Apple's competitors are expected to go full tilt to ensure that Apple doesn't dominate this next wave of devices like they did with iPhone, iPad and Apple Watch.

For consumers, fierce competition in eyewear will be great news as it'll push all top level tech companies to bring their best innovations to market which in turn will make for exciting times. As long as the chip shortage doesn't screw things up, 2022 could be a very exciting year to be sure.