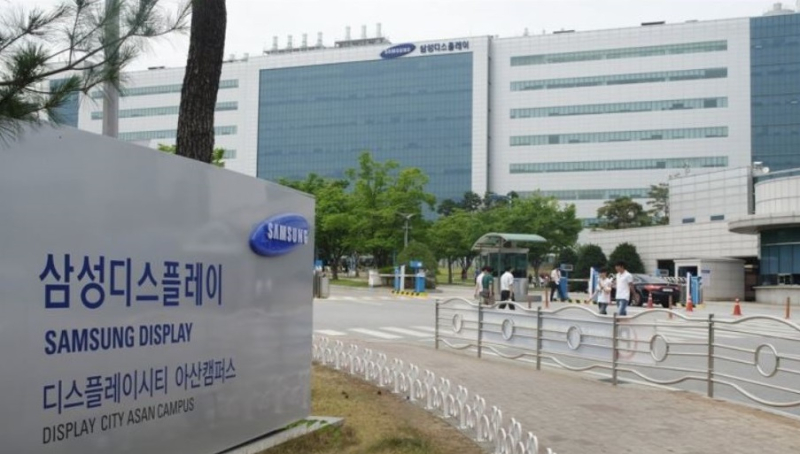 A tech report out of Taiwan is stating that South Korea's Samsung Display (SDC) labor union announced that it will launch a strike starting Monday June 21. As Samsung is the main supplier of Apple's iPhone OLED panels, the market is concerned about whether the Samsung strike will affect the progress of the new iPhone preparation when the new iPhone starts to pull goods.

The Samsung Display Labor Union asked the company to increase the salary increase to 6.8% at the beginning of this year, but the management insisted on the 4.5% set by the previous labor-management consultation meeting. The two sides failed to reach a consensus after repeated coordination. At the beginning of June, the final negotiations between the two parties still broke. Therefore, the union announced late on Wednesday that it would launch a strike this coming Monday to protest against the failure of labor-management negotiations. This is also the first strike ever by employees of Samsung Group and affiliated companies.

It is understood that Samsung has always been the most important supplier of iPhone OLED panels, accounting for 78% last year, and the rest was supplied by LGD, another Korean panel manufacturer.

In addition, after the land-based panel manufacturer BOE entered the iPhone 12 supply chain last year, it was reported that it successfully won orders for the iPhone 13 this year and is expected to supply at least 20 million OLED panels.

Sources aren't sure how much the strike would affect production as most plants are automated.

The bulk of Samsung Display's value this year for the iPhone 13 rests with its LTPO displays that will offer 120Hz refresh rates. We'll have to see if the strike actually goes into action Monday and the length of the strike. One can only surmise that Apple is going to push Samsung Display to get the issues settled quickly so as to not disrupt iPhone 13 production.

A secondary source, The Korea Times, adds that the union is planning a "partial strike."

Kim Jong-soo, vice chairman of Samsung Display's union said, Wednesday: "Talks have been suspended after the union voted against a management proposal last week. We are now following the final steps before taking action. The union will stage a rally June 21 with six union members beginning a strike. We plan to carry out the walkout on a gradual basis."

The union acquired 91 percent support from members through a vote last month to take collective action. A labor ministry-affiliated committee then suspended mediation after determining differences between labor and management were too difficult to narrow down. This has enabled the union to secure the right to stage a legal strike.

The union has demanded a 6.8 percent wage hike for this year based on the company's handsome earnings last year, but management has maintained it cannot go beyond a 4.5 percent increase that was agreed to at a labor-management council.

Samsung Display's union was launched in February last year under the Federation of Korean Trade Unions ― it has about 2,400 members, which is 13 percent of the company's workforce. Over 20 unions represent Samsung's affiliates.

Calls for better compensation are growing as workers at leading tech firms have become more vocal in terms of demanding greater pay. Such demands were earlier seen at SK hynix, SK Telecom and Naver.