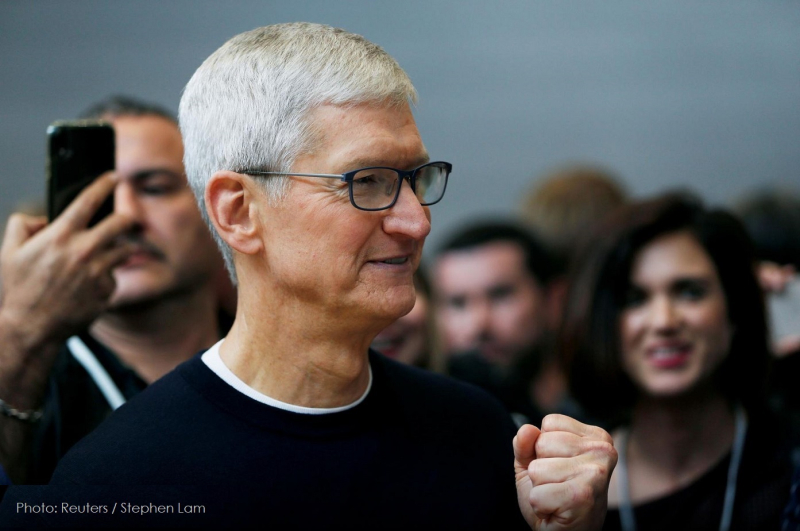 Normalcy may be on the horizon at Apple's headquarters in Cupertino with Apple's CEO Tim Cook stating late Wednesday employees should begin returning to their offices in early September for at least three days a week.

The iPhone maker is pushing staff to return on Mondays, Tuesdays and Thursdays at a minimum, with remote work still an option for Wednesdays and Fridays, Cook said in a memo obtained by Bloomberg News.

Cook further stated: "We are setting consistent days in the office to help us optimize our time for in-person collaboration. Some teams will have to be in four or five days week." Cook added that "many" Apple teams in the Asia and Pacific regions have already returned to offices and factories, and that the remaining closed retail stores will reopen this month.

In his letter, Cook called the return to offices a "pilot" effort that will be reevaluated in 2022. The Verge reported on Apple’s plans earlier Wednesday.

Cook also stated that "As the world’s most innovative company, I believe we have a special obligation to get this right. I am very excited about the opportunity that we have to come together in new ways and chart a new path in the era ahead."

The Verge revealed more of the memo. Cook had stated that "For all that we’ve been able to achieve while many of us have been separated, the truth is that there has been something essential missing from this past year: each other. Video conference calling has narrowed the distance between us, to be sure, but there are things it simply cannot replicate."

In addition, Employees will also have the chance to work remotely for up to two weeks a year, "to be closer to family and loved ones, find a change of scenery, manage unexpected travel, or a different reason all your own." Managers need to approve remote work requests.

In closing, The Verge noted that Cook stated that "For now, let me simply say that I look forward to seeing your faces. I know I’m not alone in missing the hum of activity, the energy, creativity and collaboration of our in-person meetings and the sense of community we’ve all built."