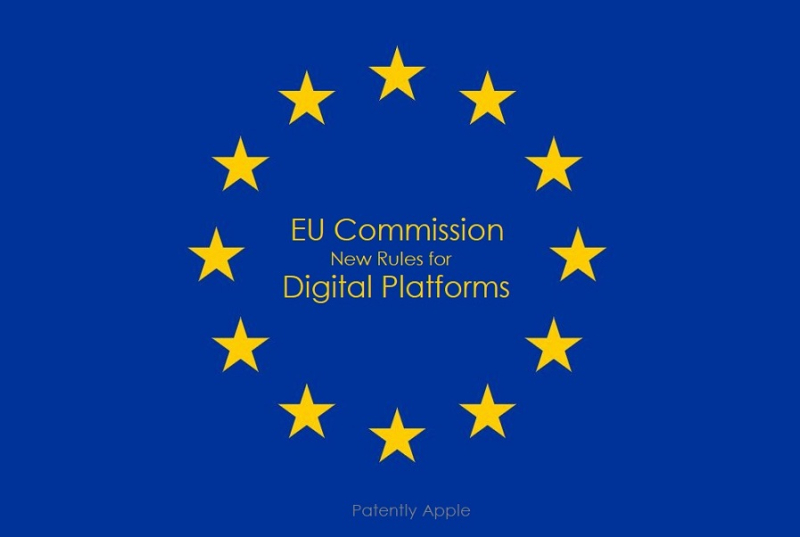 It's being reported today that EU draft rules aimed at reining in the power of Apple, Facebook, Google and Amazon should only target these four U.S. tech giants, a leading EU lawmaker said, signaling a tougher stand than EU antitrust regulators.

The DMA defines online gatekeepers as companies with more than 6.5 billion euros ($8 billion) in annual European turnover in the last three years or 65 billion euros in market value in the last financial year, and which provide a core platform service in at least three EU countries.

The EU competition enforcer should be able to designate in a month which gatekeepers should be subject to the rules instead of its proposed three-month period, he said.

The European Parliament lawmaker Andreas Schwab, which is leading the file for the EU body, stated in his report that "The DMA should be clearly targeted to those platforms that play an unquestionable role as gatekeepers due to their size and their impact on the internal market."

The Reuter's report further noted that "Schwab also proposed beefing up a list of don’ts set out by the Commission, among them a halt to tech giants to favoring their own services on their platforms or harvesting data from their platforms to compete with their business users."

This is clearly a shot aimed at Apple based on the previous warnings to Apple about Spotify's complaint. Spotify is still whining in a report by The Verge that was perfectly timed to the EU lawmaker's commentary issued today. Patently Apple covered this issue back in an April report titled "In a 'Statement of Objections' The EU Commission warns Apple that it's App Store is abusing its dominant position."

For more on today's report, read the full Reuters report from the Financial Times.