A company who has sued Cisco, Aruba Networks & Belkin is now suing Apple for infringing their acquired MIMO Technology patent 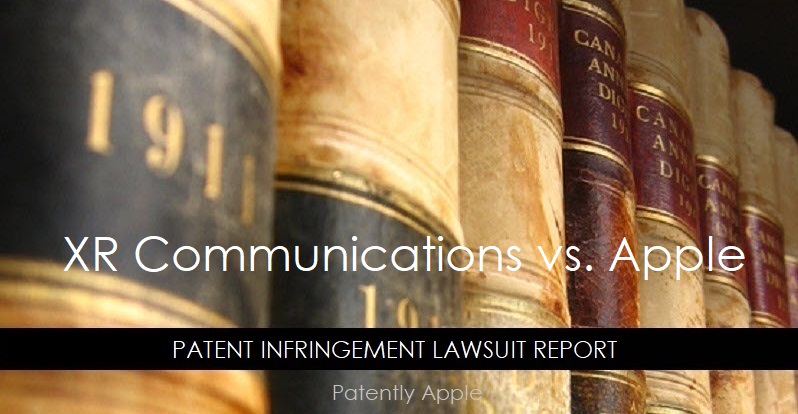 XR Communications is on record suing Comcast, ASUSTeK Computer, Netgear, Belkin, Cisco, Aruba Networks and others for patent infringement is now suing Apple using acquired patent 10,715,235 titled "Directed wireless communication." The patent application that was filed in 2004 is shown to have no connection to XR Communications, proving it was acquired for the sole purpose of suing a string of tech companies including Apple.

The company's complaint before the court claims that the following Apple products use "multiple-input, multiple-output," or MIMO, technology that infringe on their patent: Apple TV 4K, iPhone 6 through to 12, a long list of iPad versions, the MacBook Air and iMac.

For full details, read the Plaintiff's full complaint filed with the court in the SCRIBD document below, courtesy of Patently Apple.

Apple acquired  over 17,000 wireless patents from Intel in 2019 alone while developing their own wireless technologies and licensing what's necessary from various patent pools. You could also read Apple's "Statement on FRAND Licensing of SEPs." Apple notes in that document that "Apple’s differentiating features drive demand for all our products, while standards allow interoperability with other products around the world. Our engineers participate in over 100 diverse standard-setting organizations, and Apple has contributed to the advancement of a wide range of standards, including, for example, cellular, Wi-Fi, and USB-C."