With Vivo Promising to Introduce 8-Minute Fast Charging to their next-gen gaming phone, Xiaomi posts a video matching that Claim 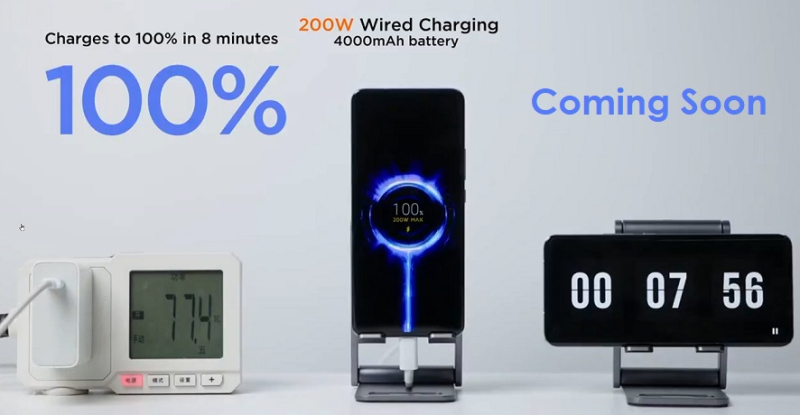 China's smartphone vendor Xiaomi has become a rising star ever since Google shut Huawei from accessing their software. Xiaomi's success has skyrocketed in the last year. Xiaomi is also known for savvy marketing that, at the moment, is little more than self-created hypw. In January the company unleased a slick YouTube ad promoting their future "Mi Air Charge Technology," an in-home, in-office device that continually charges smartphones as presented in the video below.

As a follow-up, Xiaomi is back with yet another charging device marketing campaign about their amazing 8-minute fast charge technology coming to Xiaomi phones … sometime in the not-too-distant future.

Every iPhone owner today could only dream of having such a fast-charging capability. And that's why Xiaomi dreams up these concept videos that seem all too good to be real.

The company tweeted today that they could could recharge a smartphone in just 8 minutes via a wired connection or 15 minutes wirelessly.

Using its future Hyper Charge tech on a modified M11 Pro with a 4,000 mAh battery, Xiaomi says it brought the handset from 0 to a 50 percent charge in 3 minutes and 23 seconds, and to a full charge in just 8 minutes over a 200W wired connection. In its 120W wireless demonstration, it took 7 minutes to reach half capacity and 15 minutes to hit 100 percent as presented in their time-lapse video tweet below.

Charge up to 100% in just 8 minutes using wired charging and 15 minutes wirelessly! #XiaomiHyperCharge

Too good to be true? Check out the timer yourself! #InnovationForEveryone pic.twitter.com/muBTPkRchl

How futuristic is this technology? According China's other rising smartphone star Vivo,  it's arriving this summer on its next-gen gaming phone.  Whether there will be a delay at the last moment is unknown, but for now it's scheduled to arive sometime in August. It's likely timed to upset Samsung's next gen Galaxy smartphones that traditionally arrive in late August.

To ensure that Xiaomi customers don't switch to Vivo, Xiaomi is getting their message out early because this is a killer feature that has the power to drive sales Vivo's way in the Android world if others fail to match this feature.

If these two Chinese smartphone vendors introduce 8-minute fast charging to their respective smartphone prior to the iPhone 13 arriving on market, you have to wonder if this could have an effect on new iPhone sales in at least China.

While this single feature may not persuade die-hard iPhone fans to switch, to be sure, it could influence those sitting on the fence, casual users and/or the rate of Android switchers to the iPhone.

True, it's hype today, but August is just around the corner, so we won't have to wait all that long to see if Vivo actually delivers this feature and Xiaomi follows through. Stay tuned.