With a new Restrictive AI based Moderation System now in Place specifically for iOS, Parler is once again back on the App Store 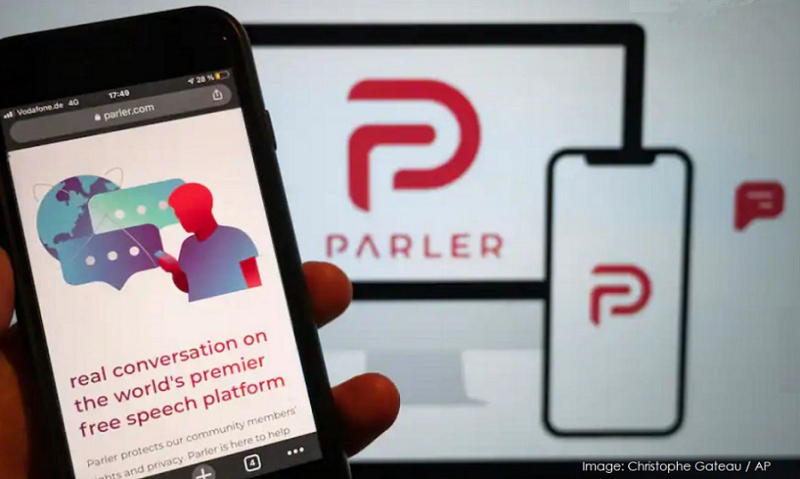 When social media network Parler came back to life on Apple’s App Store Monday, it was designed to be a less offensive version than what users are able to see on Android devices.

Posts that are labeled "hate" by Parler’s new artificial intelligence moderation system won’t be visible on iPhones or iPads. There’s a different standard for people who look at Parler on Android smartphones or on the Web: Those individuals will be able to see posts marked as "hate," which includes racial slurs, and be able to click through to see them.

Parler has resisted placing limits on what appears on its social network, and its leaders have equated blocking hate speech to totalitarian censorship, according to Amy Peikoff, chief policy officer. But Peikoff, who leads Parler’s content moderation, says she recognizes the importance of the Apple relationship to Parler’s future and seeks to find common ground between them.

Peikoff stated that "At Parler we embrace the entire First Amendment meaning freedom of expression and conscience are protected. "We permit a maximum amount of legally protected speech."

Parler is still pressing Apple to allow a function where users can see a warning label for hate speech, then click through to see it on iPhones. But the banning of hate speech was a condition for reinstatement on the App Store.

Peikoff added that "Where Parler is different [from Apple], is where content is legal, we prefer to put the tools in the hands of users to decide what ends up in their feeds."

Parler's former CEO hired Hive back on January 18, an AI-based content moderation company that does work for Reddit and Chatroulette. It's based in San Francisco, employs more than 2.5 million contractors who are paid per task, often in bitcoin, and annotate images, video, text and audio content collected from the Web. That feeds into Hive’s machine learning and algorithms, allowing it to better police content.

Every post on Parler runs through Hive’s AI for analysis. The algorithms are the first filter for content. More than 99.5 percent of posts on Parler are deemed safe based on algorithmic review, according to Hive and Parler; the remaining 0.5 percent are flagged for Hive’s human moderators to evaluate.

Those using iPhones won’t see anything deemed to be in that 'Hate' category. The default setting on Android devices and the website shows labels that warn, "trolling content detected," with the option to "show content anyway." Users have the option to change the setting and, like iOS users, never be exposed to posts flagged as hate.

Peikoff said the "hate" flag from the AI review will cue two different experiences for users, depending on the platform they use. Parler’s tech team is continuing to run tests on the dual paths to make sure each runs consistently as intended. For more on this, read the full Washington Post report.