Home Archives Contact Us Subscribe Twitter MeWe Facebook Patently Mobile
With Apple set to lose up to $3-4 Billion in Fiscal Q3 due to the Global Chip Shortage, Apple Joins new Tech Lobbying Group
Korean Researches have developed a self-healing material that could be used in future foldable smartphones & Laptop Displays+ 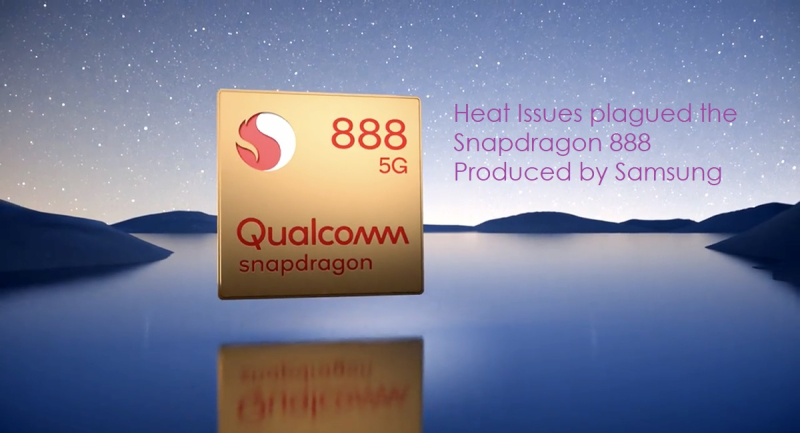 It's being reported today by United Daily News in Taiwan that although Qualcomm commissioned Samsung's 5G chips for it's Snapdragon processors, Qualcomm had to call on TSMC to urgently assist them when Samsung's chips were faulty with heating issues.

At the beginning of December last year, Qualcomm announced the launch of the high-end flagship processor "Snapdragon 888," emphasizing the performance of the top specifications, using Samsung's 5nm process production.

However, the first Xiaomi Mi 11 smartphones to introduce the "Snapdragon 888" processor experienced many overheated problems and power consumption issues. Qualcomm then launched the 7nm "Snapdragon 870", to make up for the correction of the shortcomings of "Snapdragon 888." It was then adopted by OPPO, OnePlus, Xiaomi, iQOO, Motorola and other brand mobile phones in the first quarter of this year.

The overheating problem of Qualcomm's "Snapdragon 888" processor was caused by Samsung's manufacturing process, which affected the performance of Qualcomm's chips. While reviewers downplayed the heating issue, Qualcomm was not a happy customer.

The report noted that it wasn't the first time that Samsung’s smartphone processors had such issues. When Samsung and TSMC shared the A9 processor orders for Apple’s iPhone 6 and iPhone 6s, there was the "chip gate" incident.

Qualcomm's 5G chip operated by Samsung not only has an overheating problem. According to a recent report from mainland China, a security vulnerability has appeared in Qualcomm’s Mobile Station Modem chip as well. Hackers or attackers could use the vulnerability to inject malicious code to obtain various information of Android users, and even eavesdrop on the content of users’ calls, unlock SIM cards, etc. The market is still observing the impact on the kinetic energy of Qualcomm’s chip shipments.

It has been rumored that Qualcomm is considering the recent 5G chip situation and will move some orders back to TSMC.