Home Archives Contact Us Subscribe Twitter MeWe Facebook Patently Mobile
While one Taiwanese Hon Hai Worker has died in India from COVID, in general, the three main iPhone Plants are not affected
One of Apple's Biggest Secrets behind their evaluation process of small acquisitions is revealed 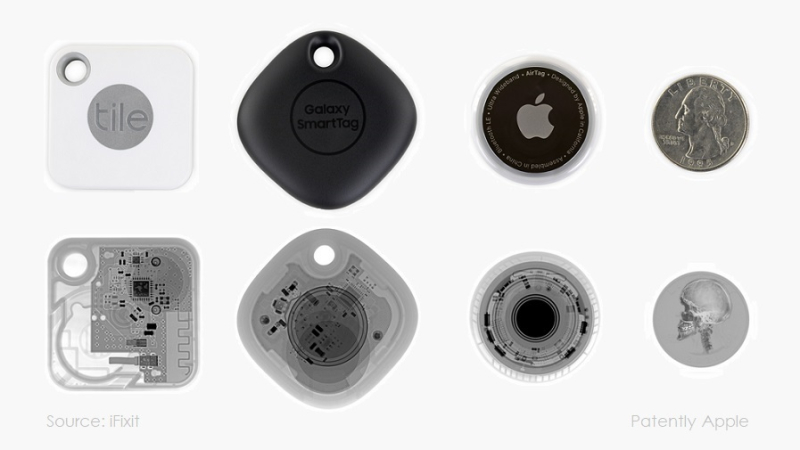 Apple's tiniest product to date, AirTag, with a truly user-replaceable battery, had just gone under the knife at iFixit.

iFixit snagged the market veteran Tile Mate, plus Samsung’s Galaxy SmartTag to judge our AirTag against its competition. Of the three, the AirTag’s Mentos-esque puck is the tiniest. About the size of a half-dollar coin, it’s not much larger than the battery that powers it. Likely spurred by Apple’s penchant for compactness, AirTag cuts corners by eliminating the keyring hole (a problem we intend to remedy).

Below is the first look inside AirTag with the help of Creative Electron’s X-ray skills. As always, these X-rays have a lot to say. AirTags are indeed tiny—about the smallest they can get, judging by the density. Speaking of density, the relative darkness of the AirTag is due to a hefty central speaker magnet and its steel battery cover—both fairly opaque to X-rays.

While the AirTag is impressively compact, it manages to pack in ultra-wideband (UWB) functionality—an interesting technology in and of itself. Samsung just launched a UWB version of its tracker, dubbed the SmartTag+, but two weeks after the official release date it’s still MIA stateside.

All three trackers open up with finger power—no other tools required! That said, the AirTag is by far the most difficult, especially if you indulged in a snack earlier and have greasy digits. Imagine opening a stubborn pickle jar with just two slippery thumbs, and you’ve got the idea. The other trackers have dedicated divots for separating the pieces with a fingernail—moisturize to your heart’s content! 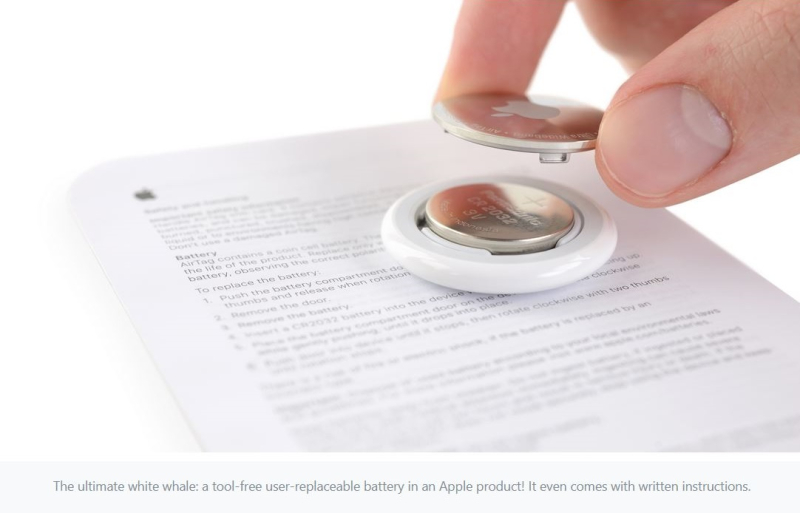 Competing devices have replaceable batteries, so Apple may have been pressured to match the market standard in that respect. Still, we commend Apple for building the AirTag to last longer than a battery from the beginning—Tile took six years and 15 million devices to get there. Apple could have included an annoyingly-placed Lightning port or built-in (wasteful, inefficient) wireless charging functionality so the AirTag could charge from the Apple Watch puck charger—but they didn’t, and we’re here for it.

That said, two early patent filings posted in Patently Apple reports show AirTags recharging with an inductive charger. A sign of tech to come? Or more supporting evidence for an Apple product that never was? 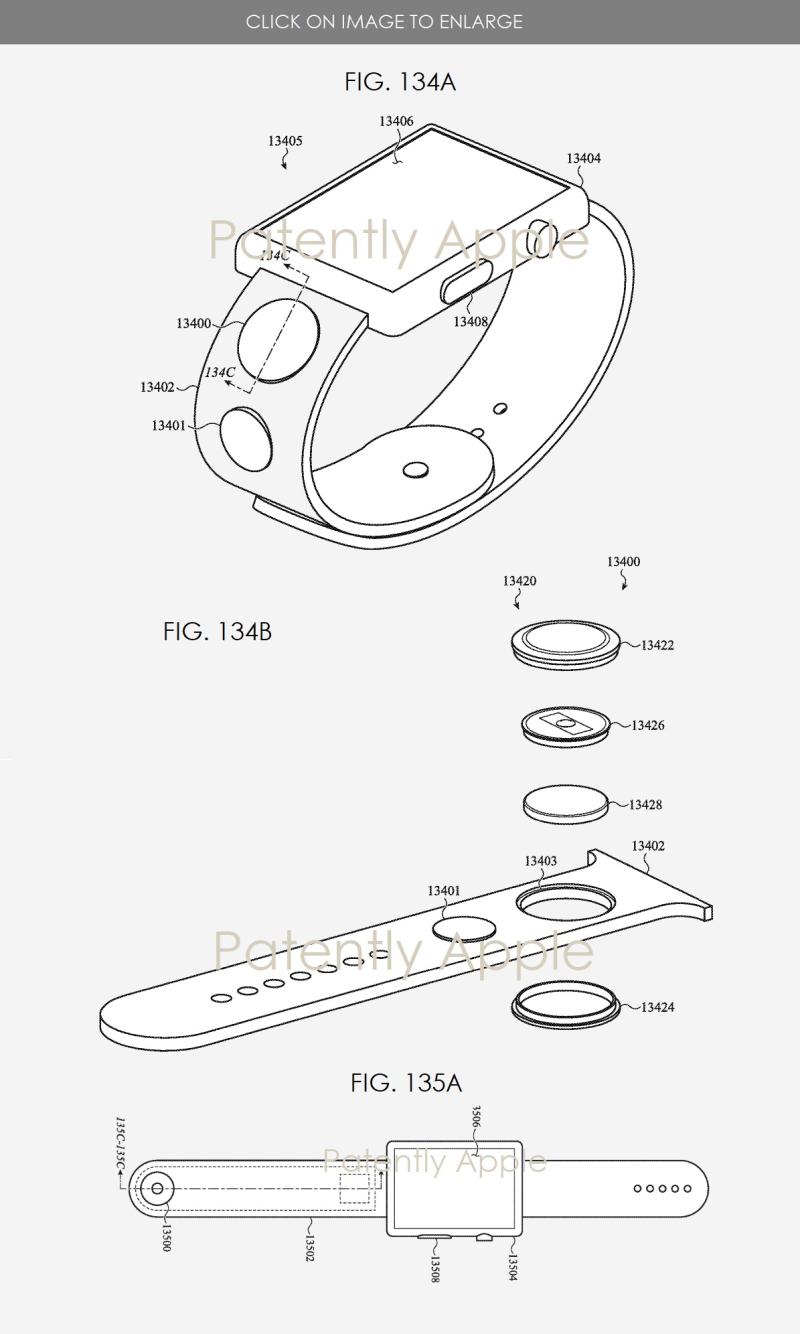 Next up, did you notice the "button" on the underside of the cover? That’s not a clickable button like the Mate and SmartTag have, but rather the magnet we saw earlier in the X-ray. It sits right inside the donut-shaped logic board, nested into a coil of copper to form a speaker. You read that right—the AirTag’s body is essentially a speaker driver. Power is sent to the voice coil, which drives the magnet mounted to the diaphragm—in this case, the plastic cover where the battery lives—which makes the sounds that lead you to your lost luggage. 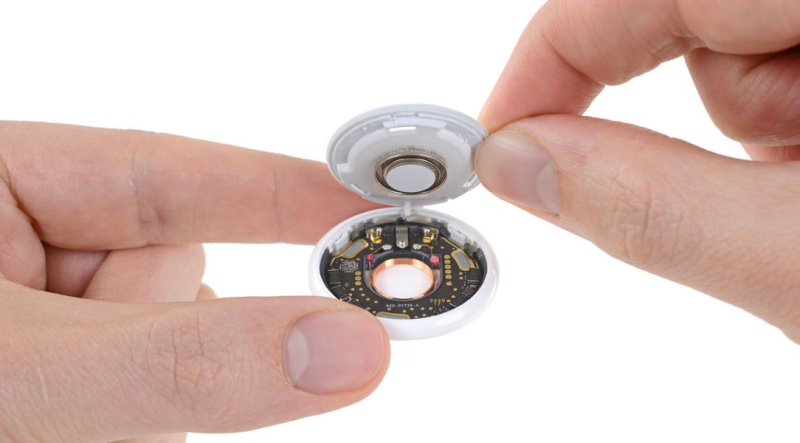 As tiny as the AirTag is, iFixit is still mining new secrets. They note to "Stay tuned for detailed board shots" in-the-works, so there's more to come. Read the full iFixit report for more.