Home Archives Contact Us Subscribe Twitter MeWe Facebook Patently Mobile
With a new Restrictive AI based Moderation System now in Place specifically for iOS, Parler is once again back on the App Store
Apple's Former SVP of Worldwide Marketing Testified today on various aspects of the App Store including 47,600 Freemium Games 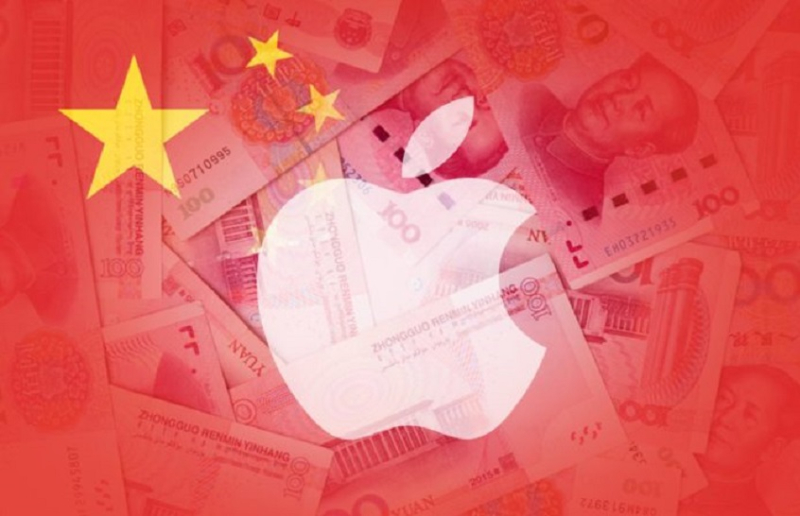 The New York Times has published an in-depth report on Apple's willingness to work and comply with the Chinese government's censorship rules and more. The report focuses on a new facility that will store iPhone-cloud personal data on servers run by a state-owned Chinese firm.

Chinese state employees physically manage the computers. Apple abandoned the encryption technology it used elsewhere after China would not allow it. And the digital keys that unlock information on those computers are stored in the data centers they’re meant to secure.

Internal Apple documents reviewed by The New York Times, interviews with 17 current and former Apple employees and four security experts, and new filings made in a court case in the United States last week provide rare insight into the compromises Mr. Cook has made to do business in China.

The documents offer an extensive inside look — many aspects of which have never been reported before — at how Apple has given in to escalating demands from the Chinese authorities.

Mr. Cook often talks about Apple’s commitment to civil liberties and privacy. But to stay on the right side of Chinese regulators, his company has put the data of its Chinese customers at risk and has aided government censorship in the Chinese version of its App Store.

Chinese employees have complained that Apple even dropped the "Designed by Apple in California" slogan from the backs of iPhones because it offended Chinese officials who stated: "If the products were designed in California, they shouted, then what were they doing in China?" The next iPhone didn't include that phrase. 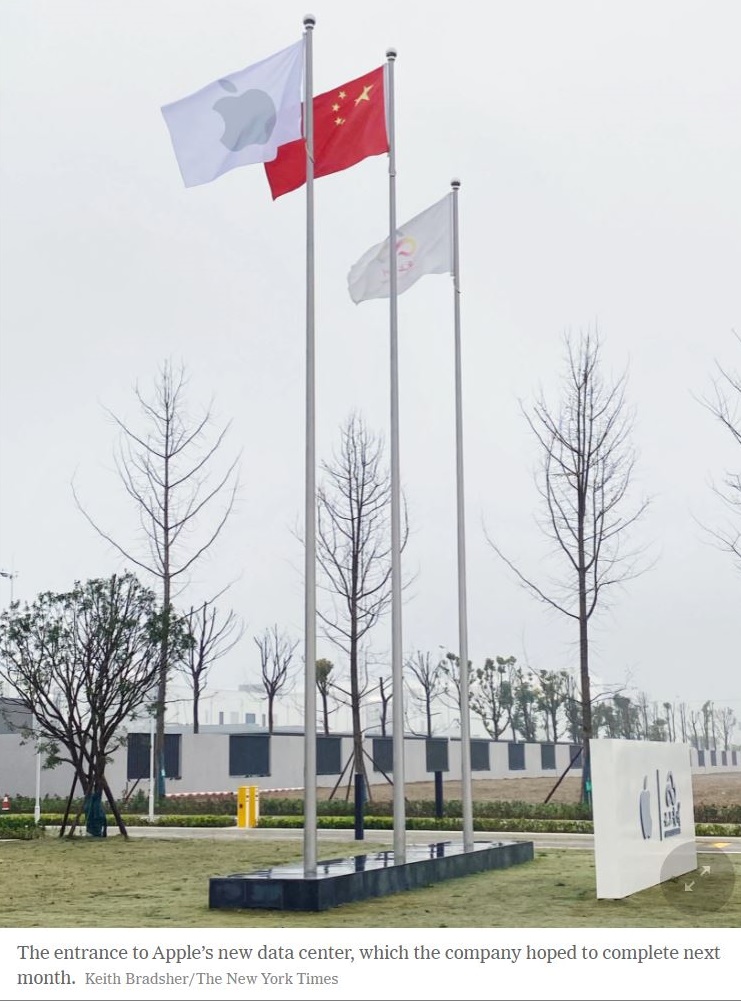 Nicholas Bequelin, Asia director for Amnesty International, the human rights group told the New York Times that "Apple has become a cog in the censorship machine that presents a government-controlled version of the internet. If you look at the behavior of the Chinese government, you don’t see any resistance from Apple — no history of standing up for the principles that Apple claims to be so attached to."

Behind the scenes, Apple has constructed a bureaucracy that has become a powerful tool in China’s vast censorship operation. It proactively censors its Chinese App Store, relying on software and employees to flag and block apps that Apple managers worry could run afoul of Chinese officials, according to interviews and court documents.

A Times analysis found that tens of thousands of apps have disappeared from Apple’s Chinese App Store over the past several years, more than previously known, including foreign news outlets, gay dating services and encrypted messaging apps. It also blocked tools for organizing pro-democracy protests and skirting internet restrictions, as well as apps about the Dalai Lama.

In 2014, Apple hired Doug Guthrie, the departing dean of the George Washington University business school, to help the company navigate China, a country he had spent decades studying.

Mr. Guthrie concluded that no other country could offer the scale, skills, infrastructure and government assistance that Apple required. Chinese workers assemble nearly every iPhone, iPad and Mac. Consumers in the region pay Apple more than $55 billion a year, by far the most of any American company in China.

Mr. Guthrie said in an interview: "This business model only really fits and works in China. But then you’re married to China."

The Chinese government was starting to pass laws that gave the country greater leverage over Apple, and Mr. Guthrie said

As Mr. Guthrie was delivering his warnings, Apple set about keeping the Chinese government happy.

With the keys in China, the government has two avenues to the data, security experts said: demand it — or take it without asking.

U.S. law has long prohibited American companies from turning over data to Chinese law enforcement. But Apple and the Chinese government have made an unusual arrangement to get around American laws.

In China, Apple has ceded legal ownership of its customers’ data to Guizhou-Cloud Big Data, or GCBD, a company owned by the government of Guizhou Province, whose capital is Guiyang. Apple recently required its Chinese customers to accept new iCloud terms and conditions that list GCBD as the service provider and Apple as "an additional party."

Disturbing is the fact that "The terms and conditions included a new provision that does not appear in other countries: "Apple and GCBD will have access to all data that you store on this service" and can share that data "between each other under applicable law."

Under the new setup, Chinese authorities ask GCBD — not Apple — for Apple customers’ data, Apple said. Apple believes that gives it a legal shield from American law, according to a person who helped create the arrangement. GCBD declined to answer questions about its Apple partnership.

But Apple said that the documents reviewed by The NY Times included outdated information and that its Chinese data centers "feature our very latest and most sophisticated protections," which would eventually be used in other countries.

The Chinese government must approve any encryption technology that Apple uses in China, according to two current Apple employees.

Ross J. Anderson, a University of Cambridge cybersecurity researcher who reviewed the NY Times documents stated that "The Chinese are serial iPhone breakers. I’m convinced that they will have the ability to break into those servers."

This is a long and winding report with many twist and turns that is worth the time reviewing when you have the time. Review the full NY Times report here.

With the report clearly stating that "Apple and the Chinese government have made an unusual arrangement to get around American laws," you have to wonder if the Biden administration will bother to dive deeper into this matter to see if Apple has indeed turned over data to Chinese law enforcement against U.S. laws.