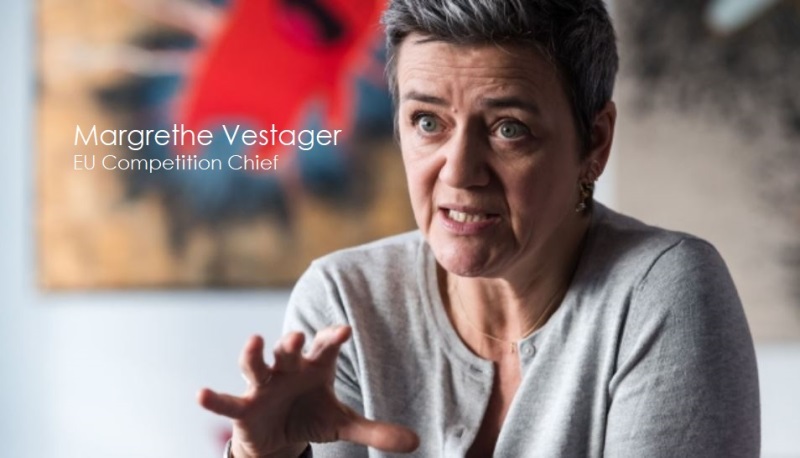 A new report this morning states that the European Union is pressing ahead with its Apple Inc. probes undistracted by allegations of anti-competitive behavior by the tech giant playing out in a Californian courtroom, according to the bloc’s antitrust chief.

The investigation into Apple Pay is “quite advanced” and European regulators need to "do our own thing" regardless of what happens in the U.S. suit against Epic Games Inc., Margrethe Vestager said in an interview with Bloomberg News.

Apple Chief Executive Officer, Tim Cook, is slated to testify as soon as this week in the high-stakes trial with Epic Games, which could upend the multibillion-dollar marketplace for apps which run on mobile phones around the world

“We’re following that very closely,” because of the Epic complaint filed in the EU in February and the bloc’s digital rules that could require phones to allow a rival app store, which Apple does not allow, she said.

The European Commission is building a second antitrust probe into Apple Pay, after it last month escalated an investigation into how Apple requires app developers to use its in-app purchasing system.

“We would have to do our own thing no matter the outcome of the U.S. casework,” she said, pointing to the differences between EU and U.S. antitrust law and markets.

Apple Pay is the only mobile payment solution that can use the iPhone’s near-field communications "tap and go" functionality to make contactless payments. British and Dutch competition authorities are also examining Apple Pay.

"The case is in itself is something that we’re pushing forward," Vestager said. "I think that is quite advanced."

While the EU is weighing potential rules over how phones should grant access to rival payment providers, she sees a need for more urgent action from antitrust enforcers.

"Legislation also takes a long time and a lot can happen in the market in the meantime if we don’t investigate," she said. For more, read the full Bloomberg report.