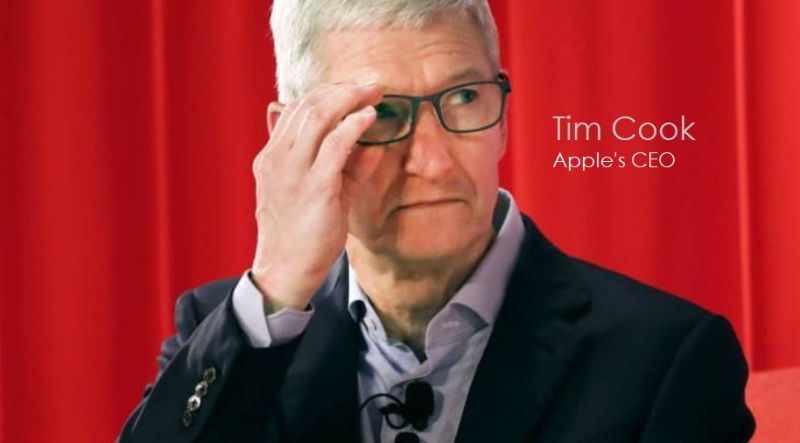 People who have joined Apple through an acquisition and participated in the acquisition process told CNBC that Apple’s acquisition strategy focuses on getting talented technical staff from smaller companies, often valuing those companies in terms of the number of engineers working there, and quickly and quietly integrating them into teams at Apple.

Apple has used acquihires to speed expansion in fields where it needs technical talent or it sees a specific technology that could set it apart from its rivals. While the acquihire is a common technique among big tech companies, Apple’s near-exclusive focus on smaller transactions sets it apart.

Cook said in an interview with CNBC in 2019 that the company’s approach is to identify where the company has technical challenges and then to buy companies that address them. One example was the acquisition of AuthenTec in 2012, which led to the iPhone’s fingerprint scanner and Touch ID.

In 2018, Apple acquired Texture, which reemerged as Apple News+, its subscription news service. Again in 2018 Apple acquired Akonia Holographics, which worked on smart glasses lenses. Akonia had over 200 patents to their credit which was of interest to Apple. Then last year, Apple acquired NextVR, which wrangled content for virtual reality headsets, and Spaces, a spin-off out of DreamWorks Animation that built location-based virtual reality experiences. Apple has gone on sprees picking up multiple firms in augmented and virtual reality, artificial intelligence, maps, health, and semiconductors, presaging future products or features.

People who have participated in Apple’s acquisition process say Apple expects discretion -- unsurprising given how secretive the company is. Apple generally doesn’t announce small acquisitions and warns staff at the acquired companies not to update LinkedIn profiles to say they were acquired by Apple.

While every deal is different in its specifics, there are a few commonalities to Apple’s approach. Apple generally isn't interested in continuing the acquired company’s line of business. Instead, Apple is particularly interested in a company's technical staff and not necessarily the business itself. Apple seeks out "individual contributors" in Silicon Valley jargon. It’s less interested in hiring sales or support staff.

Apple even puts conditions on transactions that a certain number of technical employees must join Apple or the deal could fall through. These technical employees get what are called "golden handcuffs" treatment that includes large stock packages that vest over three or four years.

One of the big secrets to Apple's acquisition is revealed as being this: "Some people familiar with Apple’s process say that it assigns value to companies based on the number of technical employees/engineers, with a price tag of around $3 million per engineer, instead of basing it on the start-up’s revenue or fundraising track record."

According to sources, Apple’s acquisition process starts after a company presents a demo to its technical teams who will determine whether they may want to license certain technologies or actually acquire a company. If a transaction takes place, Apple has a team that focuses on integrating the new employees into the specific technical group where they’ll contribute.

A closer look at what Apple is buying can reveal where the company is expanding quickly. One current field of interest is in AR and VR technologies. Here, Apple has acquired at least 12 companies since 2013 as it builds out the Technology Development Group (TDG) division, which is working on head-worn computers. For more on this, read the full CNBC report.