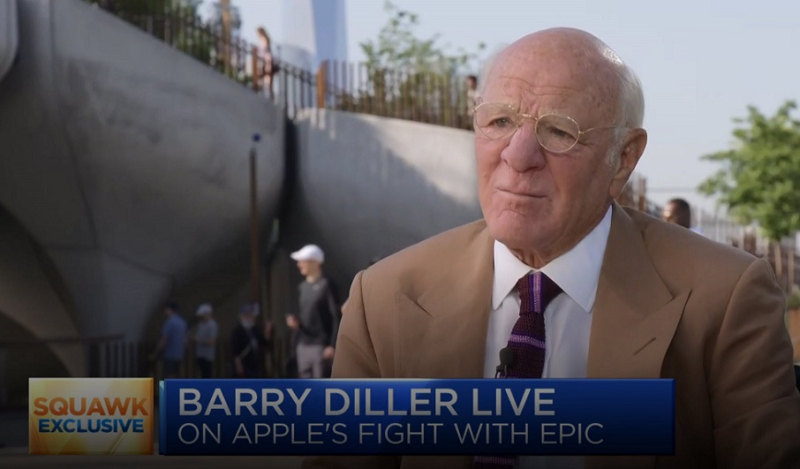 Prior to Apple's CEO testimony in the Epic Games v. Apple trial about the commission structure on the App Store, media executive Barry Diller lashed out at Apple in a CNBC interview that aired this morning. Diller stated: "The idea that they actually justify it by saying, ‘We spend all this money protecting our little App Store.' I mean, it’s criminal. Well, it will be criminal," he predicted.

Apple has a "quasi-monopoly" along with Alphabet’s Google, which runs the Google Play app store for Android devices, Diller said. The full interview is presented below.

For such a smart man, his analogies were misplaced. Does the Best Buy retail store charge 2% commission like a credit card company for putting a company's product on their shelves? Of course not.

Beyond the 30% commission, Diller said the he doesn't want Apple to be broken up, he simply wants them to be regulated like many other industries including media.