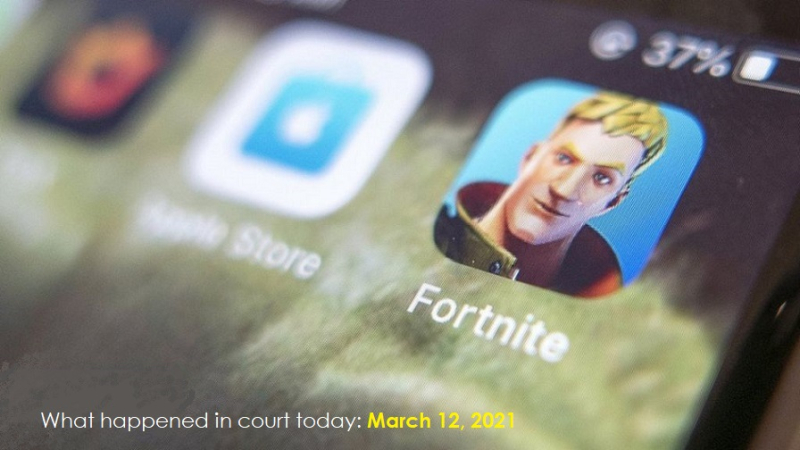 It's being reported this afternoon that the judge overseeing the high-stakes trial between Epic Games Inc. and Apple Inc. hinted at a compromise that could allow developers to at least inform users through their mobile apps that they can buy virtual goods on the web at a cheaper cost. While U.S. District Judge Yvonne Gonzalez Rogers appeared to be looking for middle ground, the position taken is absurd. What retail store in the world places a notice near the cash that reads: The product that you're about to buy in this establishment could be had for 10% cheaper at the store across the street?

The judge questioned Apple’s App Store rule that blocks developers from including a link or other information in their apps to steer users away from the store to buy virtual goods elsewhere online at a discounted rate. The anti-steering policy is at the heart of Epic’s argument that Apple maintains a near-monopoly and juices profits by barring developers from offering alternative payment options in their apps.

Richard Schmalensee, an economist and Massachusetts Institute of Technology professor, testified on Wednesday as an expert witness for Apple in the second week of trial in Oakland, California.

The judge asked Schmalensee, "What’s so bad about it anyway, for consumers to have choice?"

The Judge's question drew pushback from Schmalensee, who noted that the U.S. Supreme Court, in a 2018 ruling, threw out a lawsuit that accused American Express Co. of thwarting competition by prohibiting merchants from steering customers to cards with lower fees.

Schmalensee added that "If the app vendor can say, if you press this button you can buy this for less, that means the App Store can’t collect its commission. That amounts to 'undercutting' Apple’s App Store sales"

The judge responded by saying that she didn’t think the situations were "factually the same." At stores, customers can see signs that say they can use Visa, MasterCard and other credit card options -- unlike in the App Store. "Visual indications of options don’t exist in this circumstance."

For more on this, read the full Bloomberg report on BNN Bloomberg.