In the Epic vs. Apple Trial today, Epic revealed Apple memo's discussing whether the 70-30 Split with Developers would stand over time 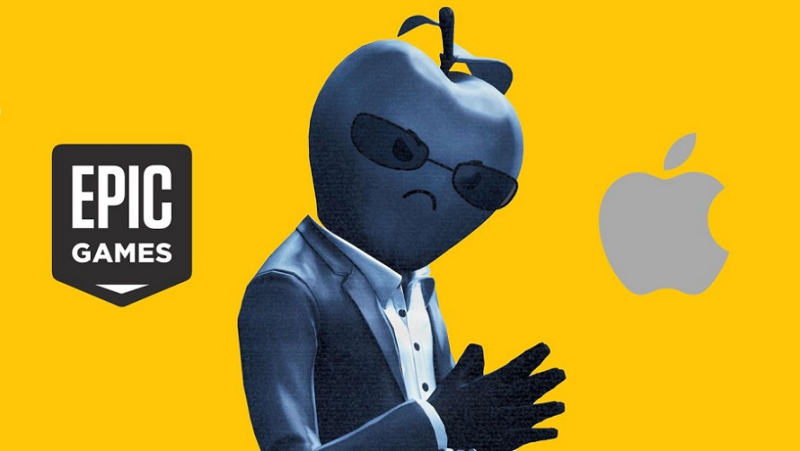 It's being reported this afternoon that Apple Inc.’s top executive in charge of the App Store floated the idea of cutting its fees a decade ago when the store reached $1 billion in profitability, according to evidence presented by Epic Games Inc. in its trial with the iPhone maker.

Phil Schiller, who runs the App Store and was previously Apple’s marketing chief, in 2011 asked Eddy Cue, the head of services, whether "we think our 70/30 split will last forever?" 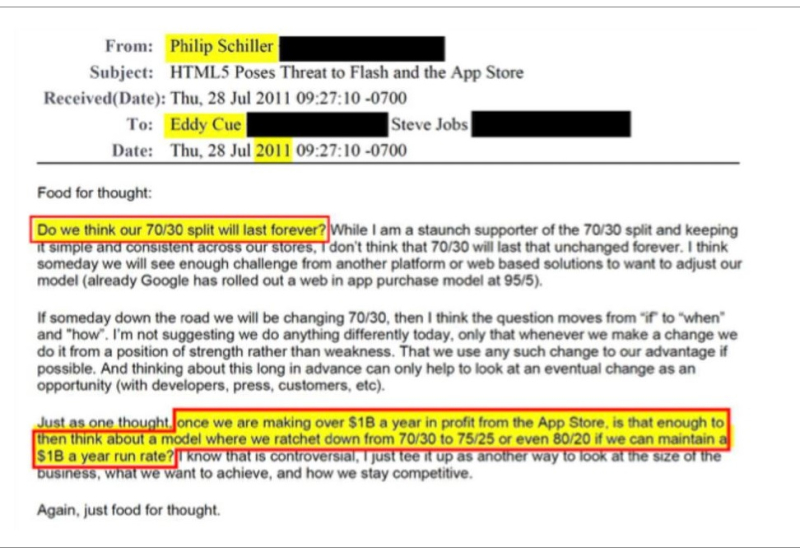 The question refers to the 30% cut Apple takes from developers for paid app downloads, in-app purchases, and subscriptions bought on apps within the store. In a July 2011 email, Schiller said he was a "staunch supporter" of the fee, but didn’t believe it would remain "unchanged forever."

The 30% fee and the rules regarding in-app purchases are two of the central issues to Epic’s lawsuit against Apple, alleging the iPhone maker’s actions are anticompetitive and unfairly deprive Epic of revenue. 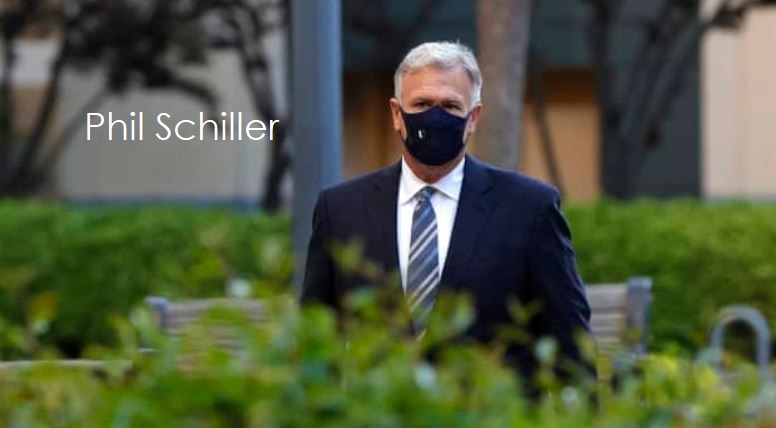 Apple, responding to the email, said Schiller didn’t say in 2011 whether the App Store made $1 billion in profit and and there is no indication the fee structure is tied to the profit produced by the App Store.

Apple tweaked its App Store fees in 2016, reducing its commission from 30% to 15% for the second year of users who subscribe to a service. Late last year, Apple started a program to cut fees from 30% to 15% for developers who generated $1 million or less in the previous calendar year. Still, the 30% level remains in some cases, including for developers like Epic who make more than $1 million a year. For more on this read the full Bloomberg report.

In a secondary Bloomberg report, Apple attorney Karen Dunn said at the start of an antitrust trial Monday in Oakland, California, that Epic is trying to "undo" Apple’s home-grown marketplace that has given rise to lucrative app businesses and earned consumer trust.

Epic is here, demanding that this court force Apple to let into its App Store untested and untrusted apps and app stores, which is something Apple has never done," Dunn told U.S. District Judge Yvonne Gonzalez Rogers, who is hearing the case without a jury. "Apple’s unwavering commitment to safety, security, reliability and quality does not allow that, and the antitrust laws do not require it."