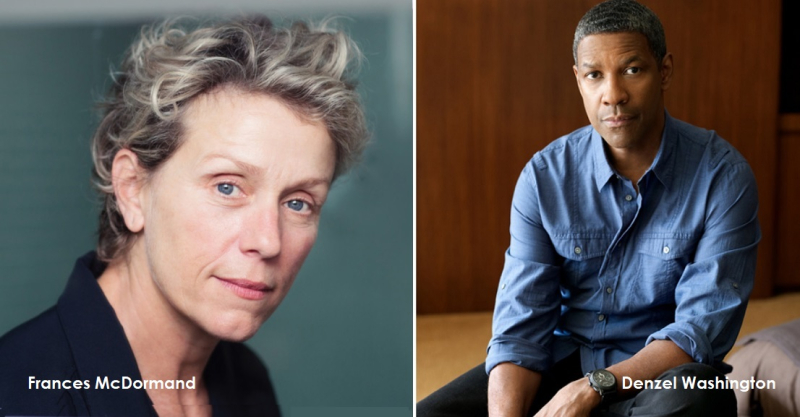 Apple Original Films and A24 announced today they will partner on the release of the eagerly anticipated drama "The Tragedy of Macbeth," the latest film from Academy Award winner Joel Coen and starring Academy Award winners Denzel Washington and Frances McDormand. The film will be released in theaters worldwide later this year ahead of a global launch on Apple TV+.

Apple is setting this up to be an awards-season contender, with artists who’ve been there before: McDormand just won her third and fourth Oscars for Nomadland, Washington is a two-time Oscar winner. Washington plays the title character, and McDormand plays Lady Macbeth.

A24’s collaborations with Apple include the Sofia Coppola-directed On the Rocks and the Sundance Documentary Jury Award winner Boys State.

The cast of "The Tragedy of Macbeth" also includes Bertie Carvel, Alex Hassell, Corey Hawkins, Kathryn Hunter, Harry Melling and Brendan Gleeson. The film reunites frequent Coen collaborators including Bruno Delbonnel as the cinematographer, Mary Zophres as costume designer and a score from Carter Burwell. In addition to directing, Coen produces the film alongside McDormand and Robert Graf. Sources: Apple and Deadline.