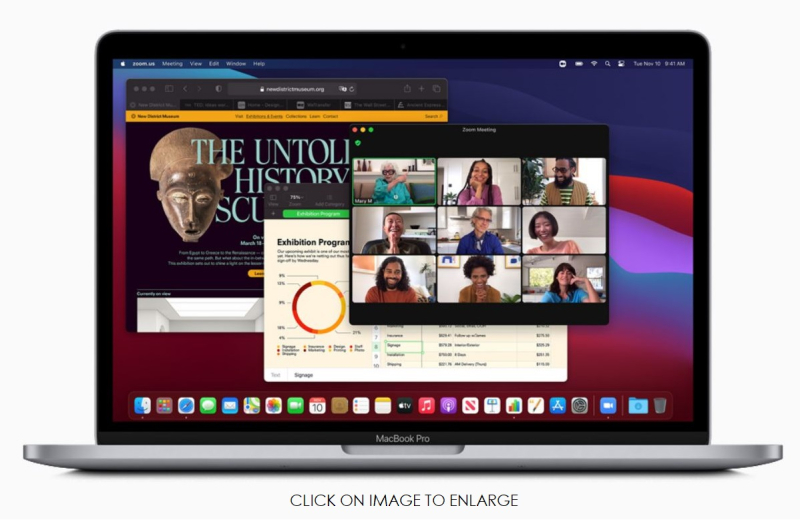 During Apple's Q2 2021 Financial Conference Q&A session, Samik Chatterjee, an analyst at  J.P. Morgan wanted to get into Apple's performance in Europe. Apple's CFO noted that "Even India is part of Europe." He later noted that Apple was "very, very pleased with some of the results in India."  He added that the results in parts of Europe and India were better then Apple's internal expectations. While the iPhone was likely where the thrust of the growth was generated, we're learning today that Apple's growth in PCs in India broke all previous records.

In fact, IDC published their results today for PC shipments in India and Apple's PC shipment growth was nothing shy of mind-boggling, coming in at 335% year over year. We can now better understand the reaction to India's performance by Apple's CFO. While that kind of growth only helped Apple tie for fifth spot in India, it's still a wake-up moment that Apple may finally be making some headwind in India. 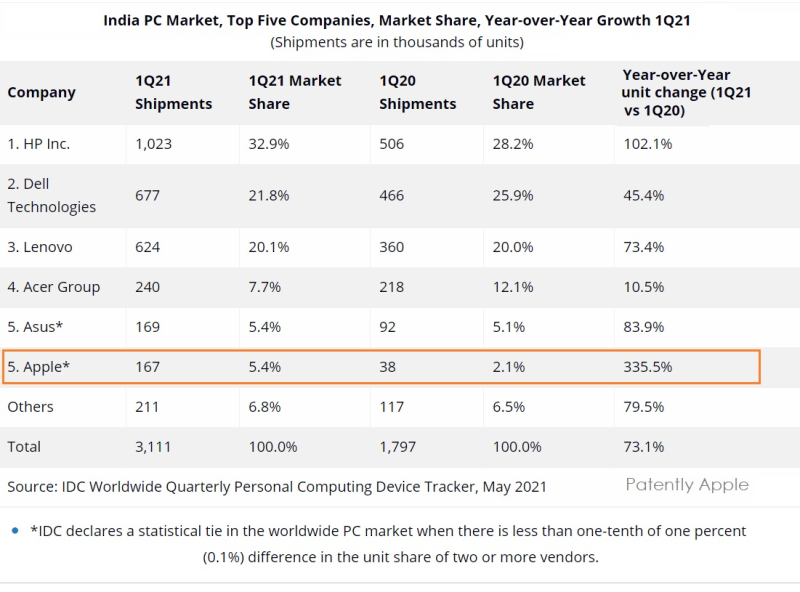 While HP was the hands-down champ in the Indian PC market in Q1 with almost 33% market share, Apple's new found support for PC's may continue going forward with their new iMac's just released in multi-colors with the more powerful M1 chip.

According to IDC, Apple recorded its biggest quarter for PC shipments in India and tied for the fifth position with ASUS. Its shipments grew 335.5% YoY and 45.3% from the previous quarter. It also replaced ASUS for the fourth position in the consumer segment.

In the bigger picture, IDC noted in their report that "India's traditional PC market (inclusive of desktops, notebooks, and workstations) continued its growth streak with shipments growing 73.1% year-over-year (YoY) in 1Q21 (Jan-Mar), according to IDC.

A total of 3.1 million PCs were shipped, recording the highest ever first-quarter shipments to India. Again, notebooks remained the driving category with more than three-fourths share of the PC category, registering a stellar 116.7% YoY growth in the first quarter of 2021."

Apple's new MacBook line-up, which was introduced in mid-November 2020, could have greatly contributed to Apple's stellar growth. For more on this, review IDC's latest PC report here.