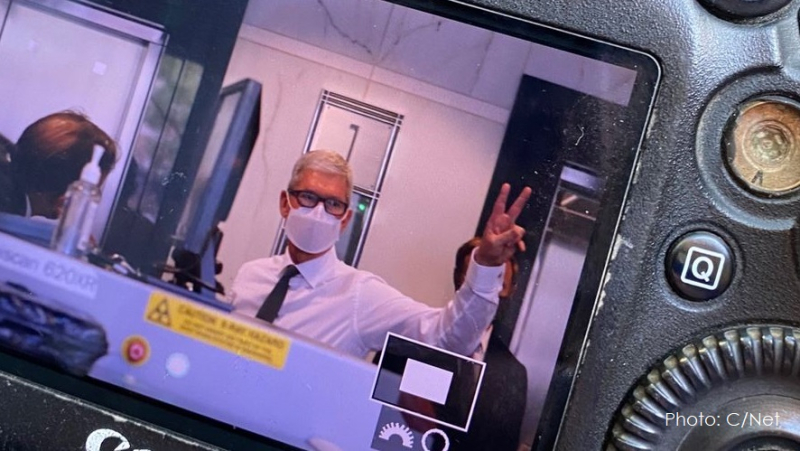 Apple Inc Chief Executive Tim Cook on Friday told a court that threats to iPhone security and privacy required tight control of the App Store, which "Fortnite" game maker Epic Games says is a monopoly that Apple illegally abuses. The testimony constitutes Cook’s most extensive public remarks on the App Store to date.

The Reuters report noted that "Cook under questioning said he had higher concerns about the phone than Mac computers. 'You have a phone in your pocket most of the time and you want instant service. We felt both the use cases and the threat profile would eventually be much greater because of the number of iPhones on the market.'"

Cook said an Apple document produced in the trial and showing a 78% profit margin for the App Store did not account for several costs and was meant to show trends, not a true bottom line.

Apple has sought to persuade Judge Yvonne Gonzalez Rogers that its rules for developers are aimed at keeping its customers’ information private and safe from malware. Cook on Friday said developer fees were necessary to support the App Store.

John Bergmayer, legal director at consumer advocacy group Public Knowledge told Reuters that "This case has always been part of a bigger narrative rather than something that’s going to decide the issue on its own."

Bloomberg's report states that " Apple Inc. Chief Executive Officer Tim Cook said it would be "terrible" for iPhone and iPad users if a judge ordered the company to allow third-party app marketplaces, in addition to its own App Store, as Epic Games Inc. is demanding in a high-stakes antitrust battle.

"It would be a huge convenience issue, but also the fraud issues would go up" because customers would have to enter credit-card information multiple times, Cook testified Friday in Oakland, California, as a three-week trial winds toward its close.

Easing up on Apple restrictions that block alternative app stores would also require Apple to figure out an alternate way of collecting commissions it charges developers for in-app purchases, Cook said. Apple would then have to "chase" down developers, which "seems like a process that doesn’t need to exist," he said.

Cook said the number of developers and competition on the App Store have driven down the price of software, and provided users with millions of choices of apps for their iPhones and iPads. Cook said the vast majority of app developers pay 15% commissions to Apple, not 30%.

When asked by Apple attorney Veronica Moye about the App Review process, Cook said that Apple does a far better job vetting apps for iPhone and iPad users than third-party companies. Third parties "are not as motivated" as Apple to protect users against malicious malware, Cook said. “For us, the customer is everything."

C/Net's coverage was interesting at times. One last point made stated that "As court was starting Friday, Judge Yvonne Gonzalez Rogers asked lawyers to include in their final filings some discussion of 'remedies,' or how to solve this problem. She said she's still debating the question of whether Apple has an illegal monopoly over its own products. And she said the lack of competition for 30% commissions worries her."

On a different note, Snap CEO Evan Spiegel stated during a CNBC TechCheck interview:  "We really feel like Snapchat wouldn’t exist without the iPhone and without the amazing platform that Apple has created. In that sense, I’m not sure we have a choice about paying the 30% fee, and of course, we’re happy to do it in exchange for all of the amazing technology that they provide to us in terms of the software but also in terms of their hardware advancements."