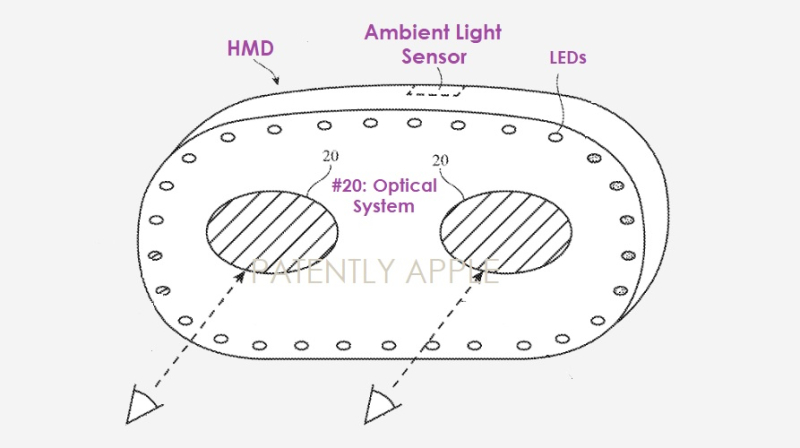 Today the U.S. Patent and Trademark Office officially granted Apple a patent that relates to displays for head-mounted devices. More specifically, a lighting system in a VR Headset that assists a user's eyes adjust from the bright outside environment to a dark VR Headset environment and vice versa.

According to Apple, if care is not taken, a head-mounted device may be cumbersome and tiring to wear. The images on the display may appear too dark and washed out when the user first puts the head-mounted device on his or her head. The user may experience dazzle or discomfort when transitioning out of a virtual reality viewing experience. The dynamic range of a head-mounted display may be perceived as insufficient depending on the adaptation state of the user's eyes.

Control circuitry in the electronic device may estimate a brightness adaptation state of the user that is wearing the electronic device. The control circuitry may adjust a brightness of the lighting system based on the user's adaptation state. This may include, for example, adjusting the brightness of the lighting system based on ambient light conditions, physiological attributes of the user, motion sensor data, gaze position, and/or other information.

Apple's patent FIG. 3 below is a perspective view of an illustrative head-mounted device having a lighting system that illuminates a periphery of an optical system. 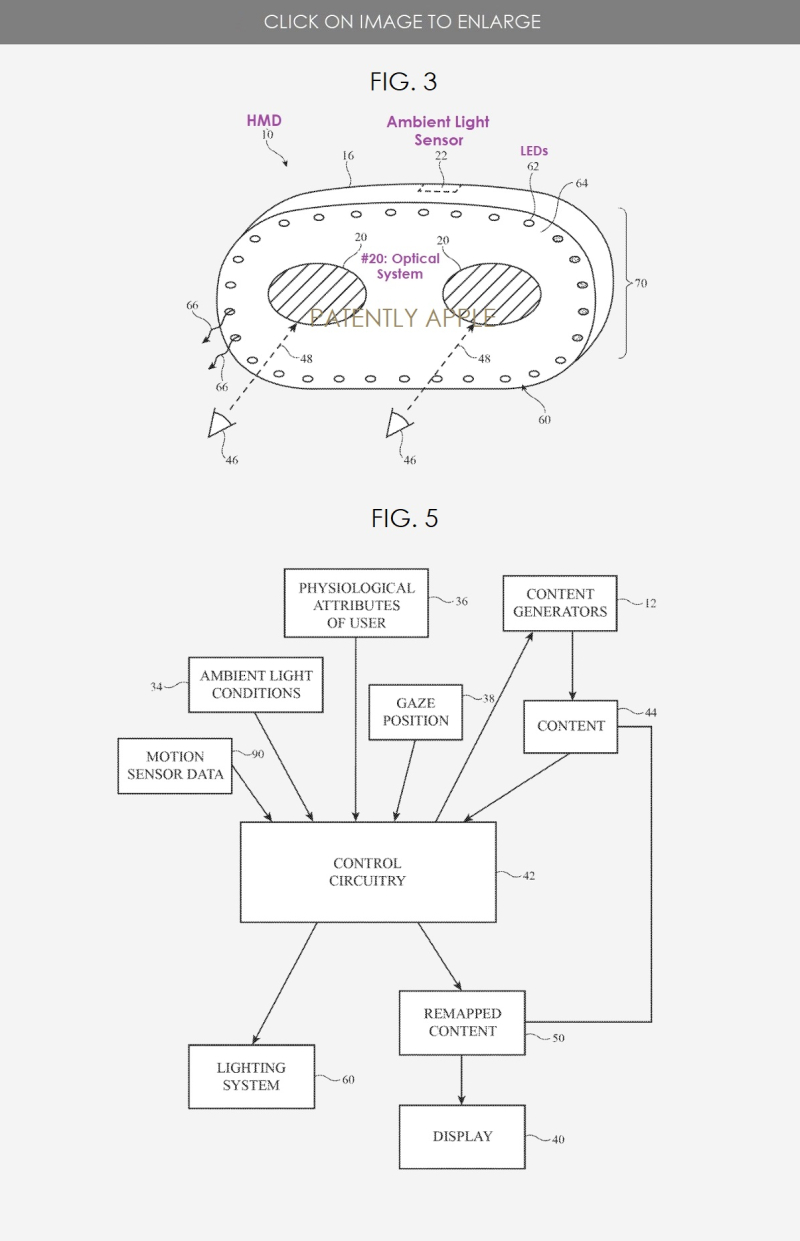 Apple's patent FIG. 5 above is a diagram showing how control circuitry may use information from sensors and other input-output devices to determine operating conditions for a lighting system and to determine tone mapping parameters for a display.