Apple wins a Patent for a next-gen iPhone Case with Keyboard, Trackpad & more 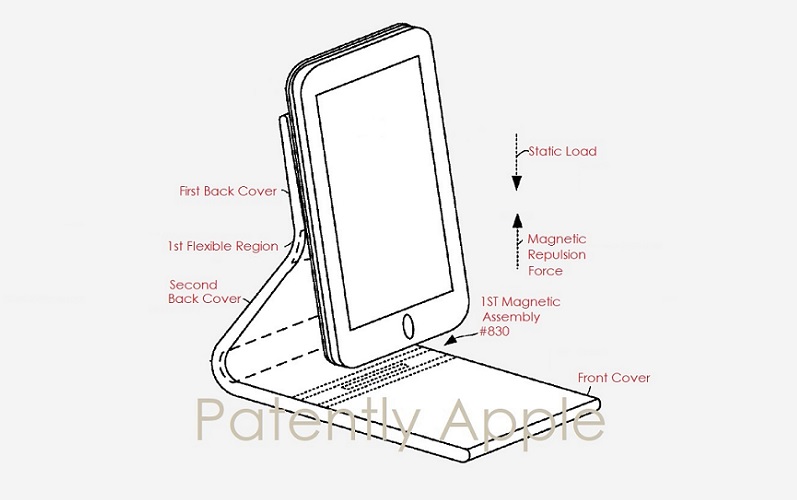 Today the U.S. Patent and Trademark Office officially granted Apple a patent that relates to possible next-gen iPhone casing that uses magnets to hold it in place while upright and even incorporates an embedded keyboard and trackpad. The cover will also use a new flexible material for bending the cases into the position that's right for the user.

Apple's Patent FIG. 8A presented below we're able to see a front perspective view of an embodiment of a case (#800) that includes magnets for creating a magnetic trough in which the computing device can hover above as a result of magnetic repulsion and at least one or more flexible regions of the case. 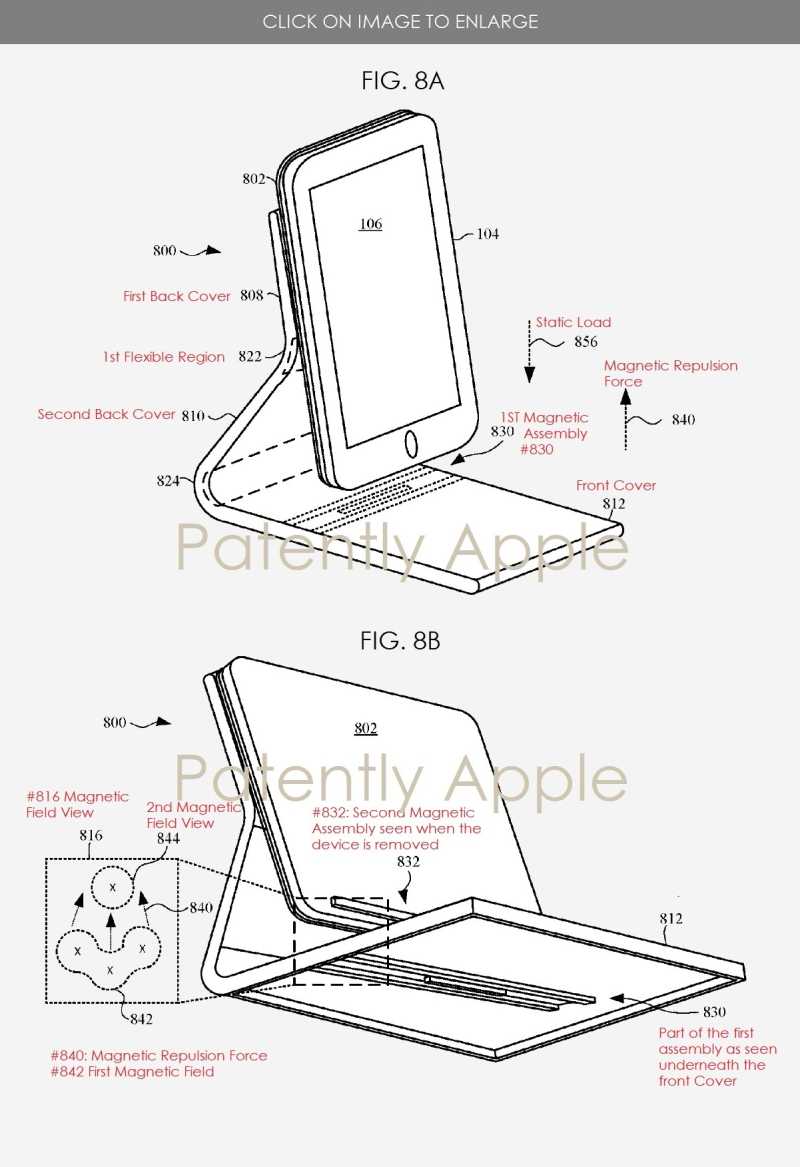