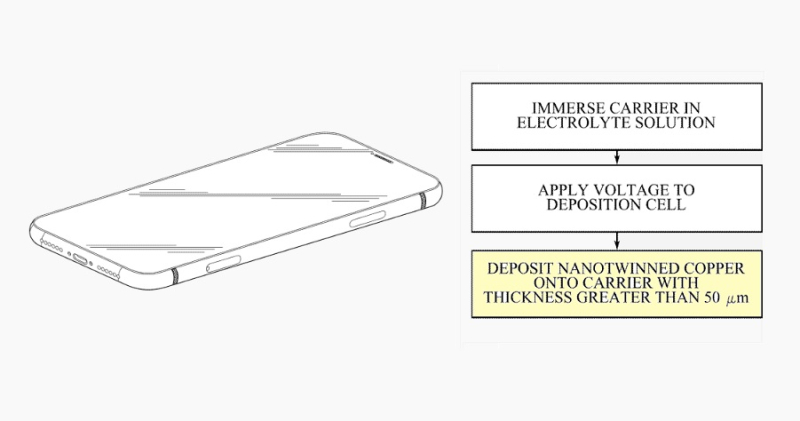 Each year Apple fans want, if not expect, iDevices like iPhones, iPads and Apple Watches to be thinner and AirPods to be smaller. In order to do that smartly so as to not generate too much heat within the devices that could harm internal components, Apple has developed a method of using nanotwin copper components. Whether it's being used today or something that will be used in the future is unknown at this time. Using nanotwin copper components will result in compounding efficiencies that allow for reduced charging times, increased battery life, and other advantages.

Apple notes that recent technological advances have enabled manufactures to include a large number of operational components, such as processors, antennas, displays, cameras, haptic feedback components, and batteries, in a relatively small internal volume defined by a housing or enclosure of a portable electronic device.

Due to the drive for thinner and smaller electronic devices, the internal volume of the device can be relatively small and can include a number of operational components in close proximity with one another. Further, the increasing performance levels of these components can require greater amounts of power to be delivered to the components in shorter amounts of time.

These elevated operating temperatures can reduce device performance and can result in undesirable levels of stress on the device components. Accordingly, it can be desirable to reduce the electrical resistance and increase the thermal conductivity of operational components and circuits to allow for high levels of current to flow without producing undesirably high levels of heat or thermal hotspots.

Accordingly, it can be desirable to provide materials that have desired levels of electrical resistance and thermal conductivity, while also achieving desired levels of mechanical properties. And this is what Apple's invention sets out to accomplish.

Apple's invention takes on a method of forming a component that can include depositing a metallic material including crystal grains onto a carrier to a thickness of greater than 50 microns, with at least 90% of the crystal grains including nanotwin boundaries.

The nanotwin boundaries can be spaced apart from one another within the crystal grains by between about 50 microns and about 200 microns. The metallic material can include copper, silver, and/or alloys thereof.

For example, components that conduct or transmit electrical power can have smaller dimensions because the mechanical strength of the metallic portions of these components may no longer constrain the design. Further, the high levels of electrical conductivity provided by nanotwinned metallic materials can allow for highly efficient power or signal transmission, even though these components having reduced dimensions.

The use of highly conductive nanotwinned metallic materials in multiple components or locations along an electronic device's charging pathway, for example, can result in compounding efficiencies that allow for reduced charging times, increased battery life, and other advantages. 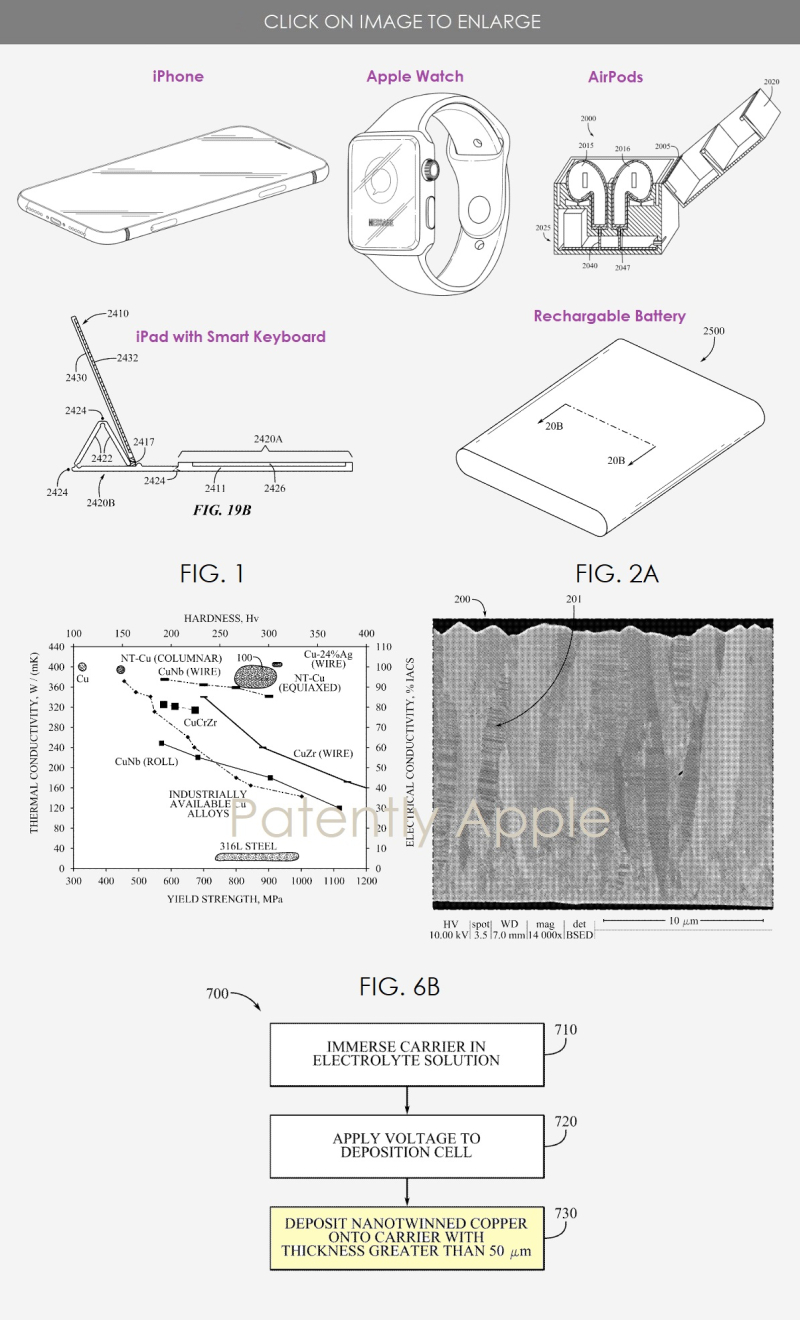 Apple's patent application 20210159477 is a highly technical patent that engineers and developers may enjoy diving into here for more details.