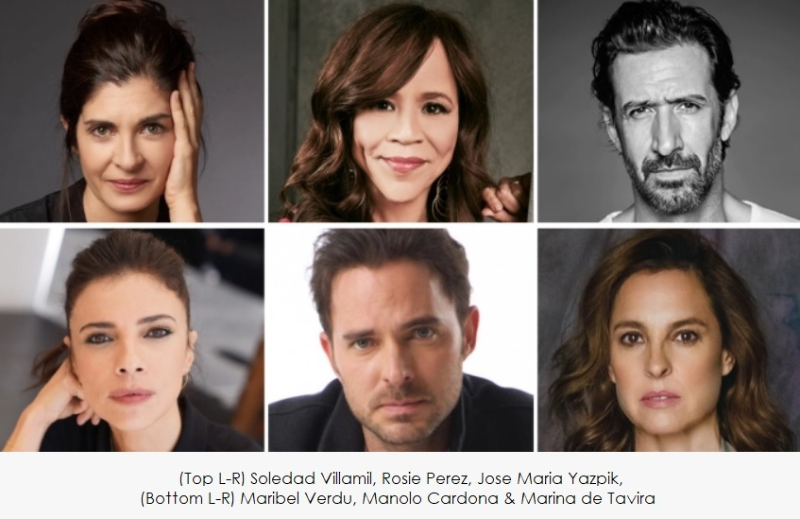 It was announced last month that Apple TV+ had ordered a new bilingual drama titled "Now and Then" that is set to be filmed in Miami in both English and Spanish. The series is described as a multi-layered thriller that explores the differences between youthful aspirations and the reality of adulthood, when the lives of a group of college best friends are forever changed after a celebratory weekend ends up with one of them dead. Now, 20 years later, the remaining five are reluctantly reunited by a threat that puts their seemingly perfect worlds at risk.

De Tavira will play Ana, a smart and ambitious woman who put her political career on hold to support her husband’s.

Perez is Flora, a talented detective obsessed with an unresolved case from 20 years ago, who will stop at nothing to discover the truth.

Yazpik portrays Pedro, a complex politician married to Ana, he feels entangled in a life that doesn’t belong to him.

Verdu plays Sofia, a strong self-made lawyer who’s life took an unexpected turn 20 years ago and is now hiding too many secrets.

Cardona portrays Marcos, a passionate surgeon who sacrificed his dreams for his family and friends.

Villamil is Daniela, an introspective artist who constantly struggles to overcome a traumatic event from her past.

Ivanek plays Sullivan, seasoned detective who keeps his partner Flora from getting into too much trouble, always operates based on evidence and logic. For more, read the full Deadline report.