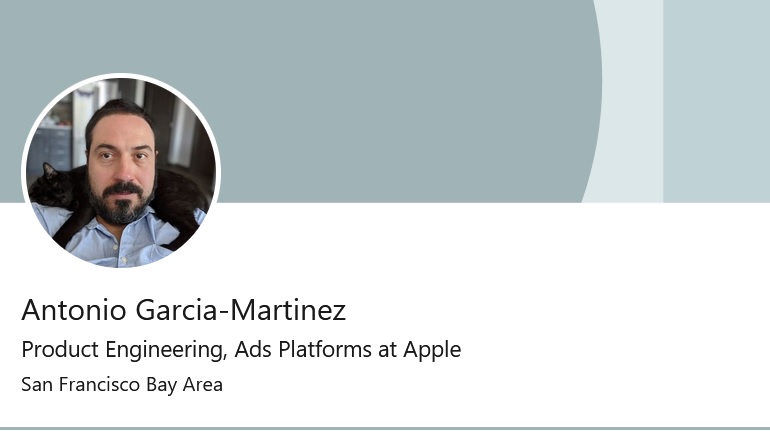 It's being reported today by Business Insider (paywalled report) that Apple has hired Antonio Garcia-Martinez who carries the official title of "Product Engineering, Ads Platform." His LinkedIn account shows that he's been with Apple for two months.

Garcia-Martinez wrote the "Chaos Monkeys" that was an instant New York Times Bestseller. The book was about "Obscene fortunes and random failure in Silicon Valley. The book further detailed his career experiences with launching a tech startup, selling it to Twitter, and working at Facebook from its pre-IPO stage.

At Facebook (2011-2013) he was Facebook's first "ads targeting product manager," responsible for all ads targeting.

In April a rumor report suggested that Apple was considering creating a second type of ad slot within the App Store even as an iOS privacy change threatened to slash revenue for targeted ad companies. Apple declined to comment on the Garcia-Martinez hire.