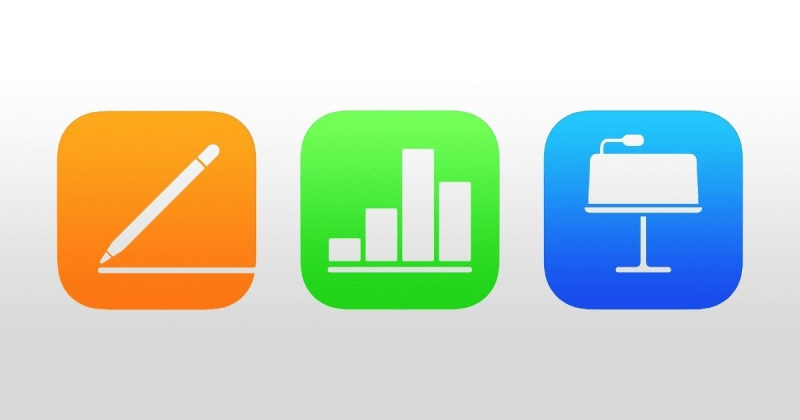 Apple has updated their trademarks for both Keynote and Numbers with the U.S. Patent Office and continues the trend with the update being about "Software as a Service" just like Microsoft's Office 365. The trend began in February with an update to Final Cut Pro in Europe.

Then on May 7, we posted a trademark report covering an update to "Pages" being filed in Hong Kong wherein the update was to add International Class 42 which covers Software as a service (SAAS) services featuring computer software to enable accessing, viewing, annotating, storing, editing, downloading, displaying, sharing, and distributing electronic media, images, audio, video, data, information and documents over the internet or other communications network," and more.

With all four trademarks for software updates this year being only about adding "Software as a Service (SAAS)" would strongly suggest that Apple is seriously considering this option in the future. Below are the applications in-part for Keynote and Numbers which are part of Apple's production suit iWork. With Pages having already been updated, the entire suit is now ready for the transition to being offered as Software as a Service whenever Apple decides to pull the trigger. 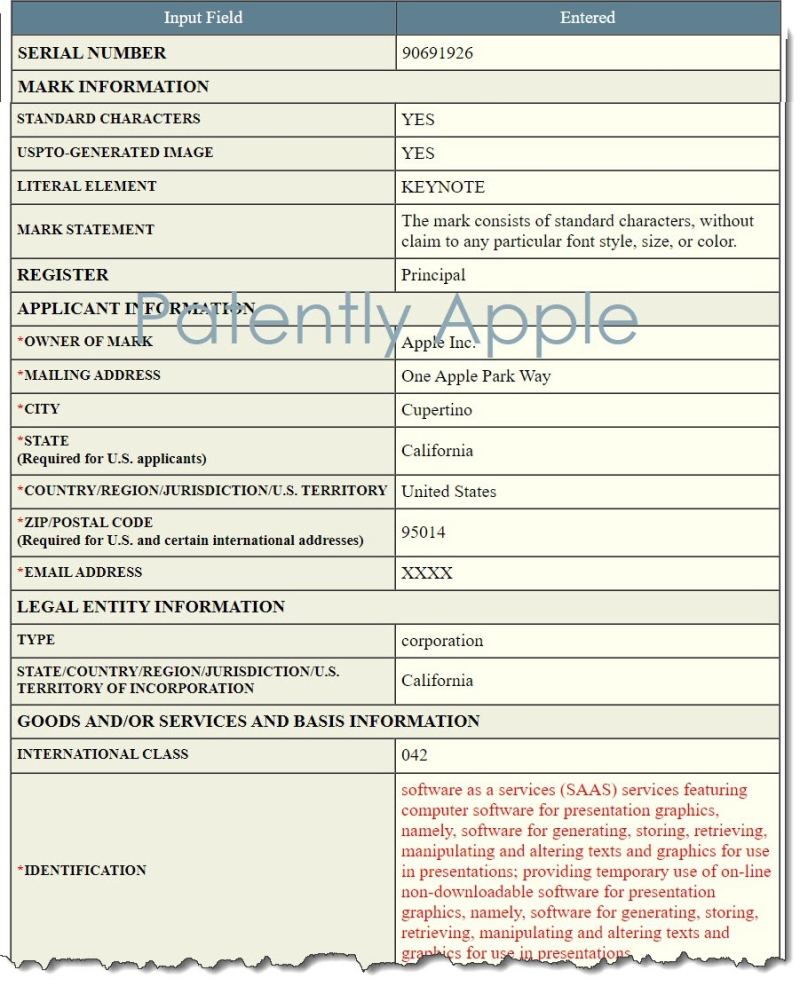 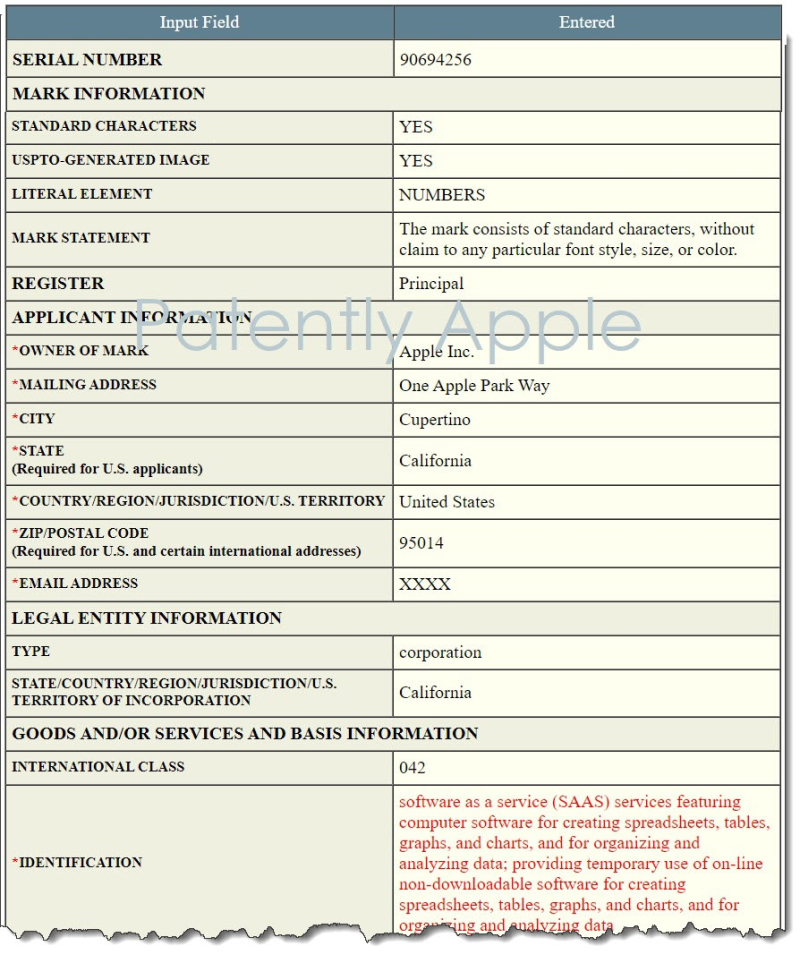