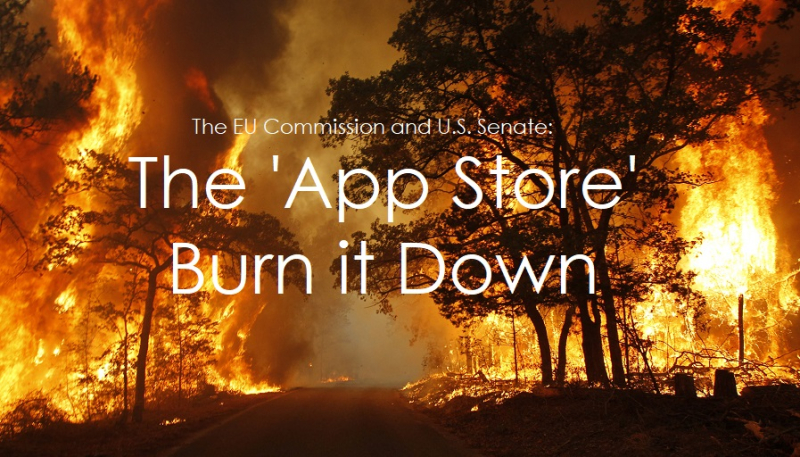 On Friday (30 April), the European Commission announced that it took issue with the mandatory use of Apple’s own in-app purchase mechanism imposed on third-party music streaming app developers to distribute their products.

European Competition Commissioner Margrethe Vestager said in a statement: "Our preliminary finding is that Apple is a gatekeeper to users of iPhones and iPads via the App Store. With Apple Music, Apple also competes with music streaming providers. By setting strict rules on the App store that disadvantage competing music streaming services, Apple deprives users of cheaper music streaming choices and distorts competition. This is done by charging high commission fees on each transaction in the App store for rivals and by forbidding them from informing their customers of alternative subscription options."

Yet the accusation by the EU commission is false. Apple told TechCrunch the following in a formal statement:

"Spotify has become the largest music subscription service in the world, and we’re proud for the role we played in that. Spotify does not pay Apple any commission on over 99% of their subscribers, and only pays a 15% commission on those remaining subscribers that they acquired through the App Store. At the core of this case is Spotify’s demand they should be able to advertise alternative deals on their iOS app, a practice that no store in the world allows. Once again, they want all the benefits of the App Store but don’t think they should have to pay anything for that. The Commission’s argument on Spotify’s behalf is the opposite of fair competition."

When peppered with questions from the press about Spotify's leadership in the music streaming market, Vestager tried to veer away from defending Spotify's complaint. Vestager stated that "There are other rivals to Apple Music — there are Deezer, there are Soundcloud. Smaller competitors and here we have real concerns about their developments," she said, adding: "This is not a Spotify case — this is a music streaming case." Like Pinocchio, Vestager's nose grew when making that statement.

Vestager went further by adding that "If you are a rival to Apple Music you cannot send your subscribers an email telling them to go to your website to subscribe at a price without the commission fee," she emphasized.

Is there any brick and mortar store on the planet where they allow a company in their store to promote that their product could be cheaper if purchased directly? This is an insane standard that the EU is proposing. It's anti-business. Rivals want to use the App Store in order to tell customers to please bypass the App Store. The EU Commission's position here is Foolish and clearly illustrating that they're primarily siding with European companies at Apple's expense.

Their constant lie of Apple charging 30% on all or most transaction is to anger the public is a clear falsehood. In the past, brick and mortar stores would charge companies hefty fees for shelf space that were remained high every year, unlike the App Store. Protecting companies that don't want to pay Apple a commission is not a fair position.

To be clear, this is exactly what the Commission stated in their second press release: "First, there is the mandatory use of Apple's own in-app purchase system to buy digital content. Here, Apple charges a 30% commission fee for all purchases through its system." This is a purposely orchestrated falsehood.

The EU's second press release last Friday stated:  "Our second concern is about the so-called 'anti-steering provisions.' They limit the ability of app developers to inform iPhone or iPad users of alternative, cheaper subscriptions available elsewhere." Once again, this is yet another insane position that the EU is taking a stand on, one that defies the history of retail stores charging a fee for products on their shelves.

The EU is clearly declaring war on Apple in this second press release. It's squarely aimed at destroying the App Store. Though to be fair, this is a trend. A recent U.S. Senate Hearings on the App Store stood on the very same lies about Apple blanketly charging 30% on all transactions and siding with "anti-steering provisions." Their ignorance on this matter is blinding any rational judgement. The Senate was basically echoing what the EU's positions have been for some time. In the end, whatever Apple's competiton stated was a verified fact, while every reply from Apple was a straight out lie.

Will fairness be applied in either the EU Commission and U.S. Senate's final judgements? The writing is on the wall: Don't count on it. For more on this, read the full EU Commission's second press release here.