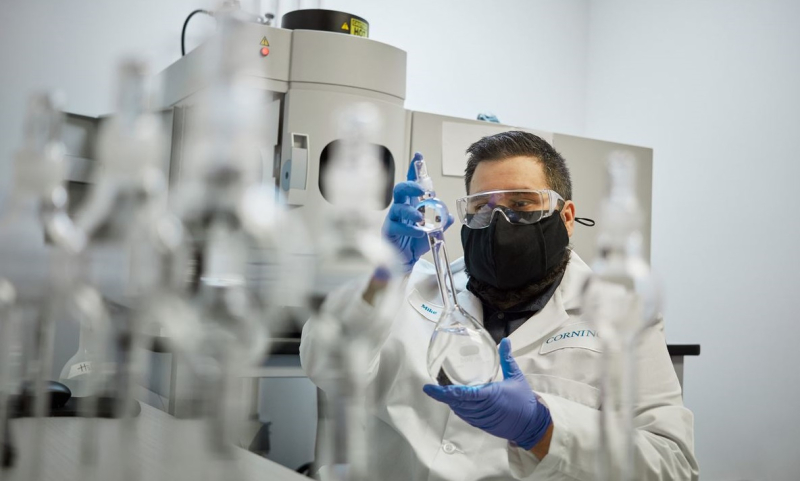 This morning Apple announced that it is awarding $45 million from its Advanced Manufacturing Fund to Corning Incorporated, a supplier of precision glass for iPhone, Apple Watch, and iPad. The funding will expand Corning’s manufacturing capacity in the US and drive research and development into innovative new technologies that support durability and long-lasting product life, building on both Apple and Corning’s deep commitment to protecting the environment.

Corning has already received $450 million from Apple’s $5 billion Advanced Manufacturing Fund over the last four years. Apple’s investment helps support more than 1,000 jobs across Corning’s US operations in Kentucky and other facilities. The investment has also helped facilitate research and development into state-of-the-art glass processes, which led to the creation of Ceramic Shield, a new material that is tougher than any smartphone glass.

“Apple and Corning have a long history of working together to accomplish the impossible,” said Jeff Williams, Apple’s chief operating officer. “From the very first iPhone glass, to the revolutionary Ceramic Shield on the iPhone 12 lineup, our collaboration has changed the landscape of smartphone cover design and durability. Ceramic Shield is a prime example of the technologies that are possible when deep innovation meets the power of American manufacturing. We’re so proud to work alongside Corning, whose 170-year-old legacy is a testament to the ingenuity of the US workforce.”

With support from Apple’s Advanced Manufacturing Fund, experts at both companies worked together to develop a new glass-ceramic, which gets its strength from nano-ceramic crystals, produced in Corning’s plant in Harrodsburg, Kentucky, the facility where every generation of iPhone glass has been made.

The new material was enabled by a high-temperature crystallization step which forms nano-crystals within the glass matrix. Those specialized crystals are kept small enough that the material is transparent. The resulting material makes up the revolutionary Ceramic Shield, which Apple used to fashion the new front cover featured on iPhone in the iPhone 12 lineup. Prior to Ceramic Shield, embedded crystals have traditionally affected the material’s transparency, a crucial factor for the front cover of iPhone because so many features, including the display, the camera, and sensors for Face ID, need optical clarity to function.

“We are incredibly proud of our collaboration with Apple on Ceramic Shield, made possible in part through the Advanced Manufacturing Fund and the hard work and dedication of hundreds of individuals at Corning and Apple,” said Wendell P. Weeks, Corning’s chairman and chief executive officer. “We thank Apple for our longstanding product-development partnership and for their continued commitment to supporting the American workforce. The deep investment they’ve provided for new manufacturing technology in our Harrodsburg, Kentucky, facility is not only fueling life-changing innovation, it’s also helping us sustain vital communities where we live and work – a fundamental objective at both of our companies. Together, we’re developing a world-class workforce, engaging them in new technologies, and creating opportunities for learning and training.” 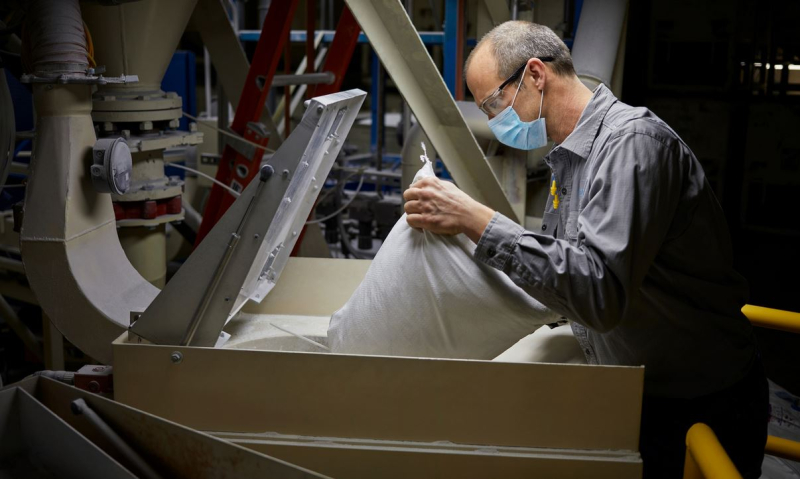 Skilled technicians in Harrodsburg, Kentucky, are part of the more than 1,000 jobs Apple’s investment supports across Corning’s US operations. 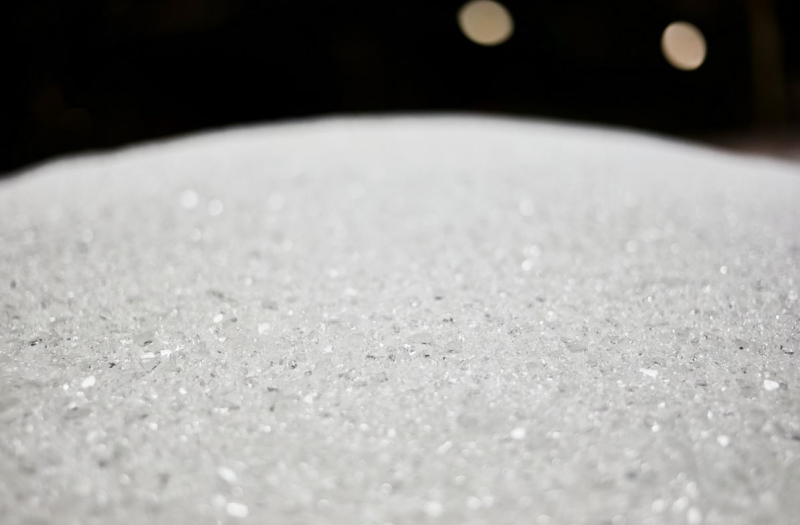 The glass for every generation of iPhone has been made at Corning’s plant in Harrodsburg, Kentucky.

For more on the investment in Corning, read Apple's full press release.

Last Wednesday Apple announced that it awarded an additional $410 million to its Advanced Manufacturing Fund to II-VI, an optoelectronic components leader. 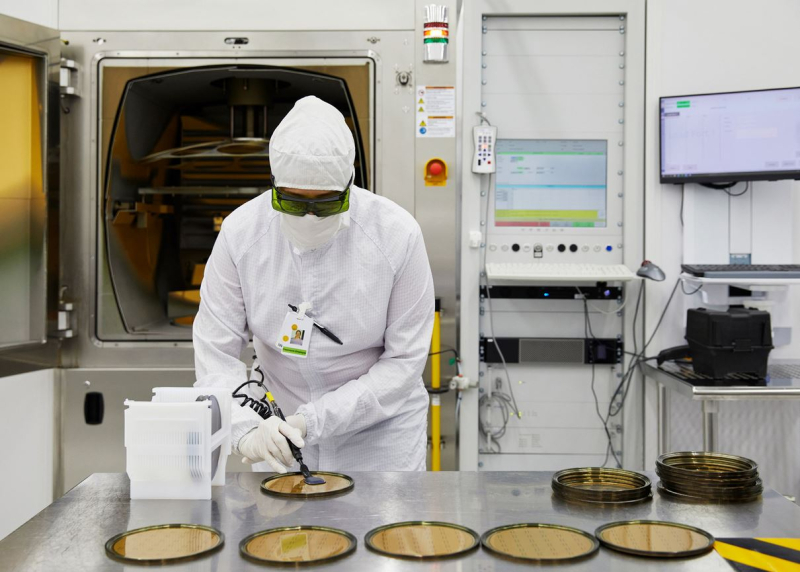 The $410 million award to II-VI from Apple’s Advanced Manufacturing Fund will create additional capacity and accelerate production of future components for iPhone, supporting more than 700 jobs in Texas, New Jersey, Pennsylvania, and Illinois.

Apple's award builds on their initial $390 million awarded from Apple’s Advanced Manufacturing Fund in 2017. The expansion of the company’s long-standing relationship with II-VI will create additional capacity and accelerate delivery of future components for iPhone, with 700 jobs in Sherman, Texas; Warren, New Jersey; Easton, Pennsylvania; and Champaign, Illinois. 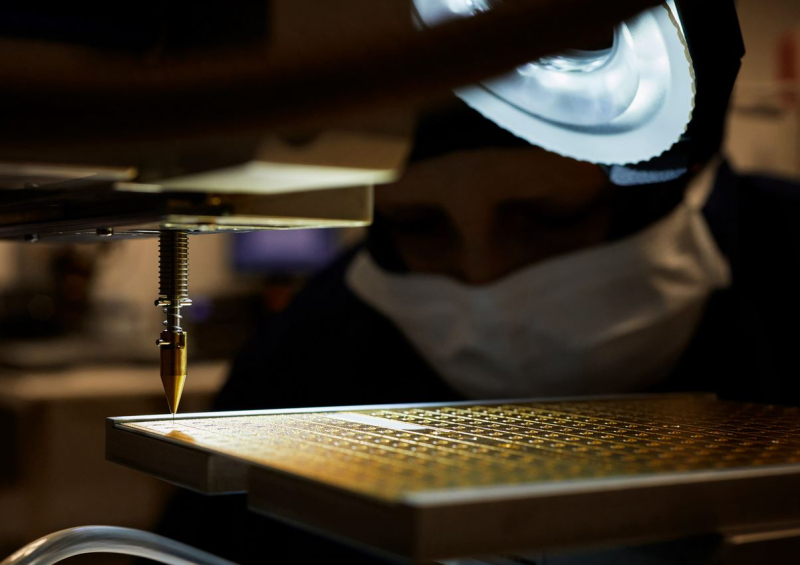 Apple’s collaboration with II-VI supports more than 700 jobs, including technicians in Easton, Pennsylvania.