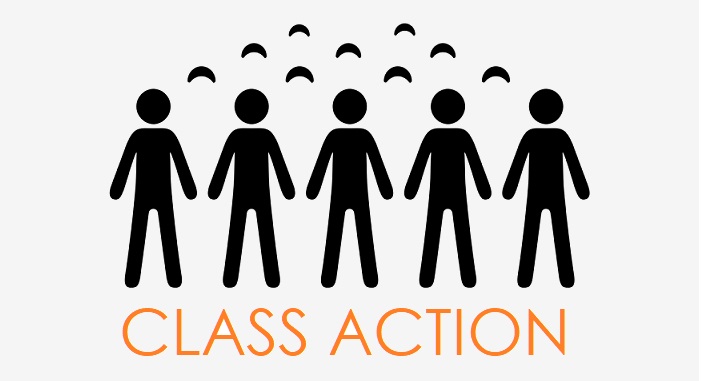 Primary Productions LLC located in Atlantic City, New Jersey, is an educational media producer that has filed a detailed 8-count Class Action against Apple for its anti-competitive App Store.  The plaintiff claims in their complaint that "Apple is a monopolist in the market for iOS app and payment processing (IAP) distribution services. This is a lawsuit representing the millions of independent entrepreneurs that serve as the fabric connecting our modern economy."

Our report covers the Plaintiff's lengthy and angry complaint against Apple along with the full formal filing with the court in the form of a Scribd document. Whether the request for class action status be granted to Primary Productions by a judge is unknown at this time.

Below is the full formal complaint filed by Primary Productions. The emphasis presented below in bold type is from Patently Apple.

"This class action seeks to redress injustices Apple imparts upon the developer base that the monopoly necessarily relies upon to exist. Documented herein are the anti-competitive business practices that have become the norm at Apple, and how they have harmed Plaintiff, an educational media producer, and countless other class members that shall be identified in discovery. This is a lawsuit representing the millions of independent entrepreneurs that serve as the fabric connecting our modern economy. Counsel, a Maine-native, is passionately devoted to protecting the rights of these creative minds from the stifling and oppressive greed of Apple. In contrast to cases like Epic, representing billion-dollar gaming companies with expensive law firms like Quinn Emmanuel, here Plaintiffs and the proposed class members are largely small startups who break their back on Apple’s terms to produce free apps consumed by billions.

This class action charges Apple with six Sherman Act causes of action applied to three proposed classes. It is first-to-file such a class action representing and protecting the interests of small developers.  It does so by creating a proposed class for developers of free apps, and a proposed class for developers who paid a $99 annual tax –the subject of a recent, groundbreaking Congressional Subcommittee report.  No other class action currently protects these two classes – which counsel here does by asserting that Apple is a monopsony retail buyer of Apps, and hence underpays developers, even those of free apps, when it disallows them or suppresses their ranking on the App Store to favor Apple’s own apps or its cronies. Alternatively, we assert that Apple holds a monopoly in the market for smartphone enhanced internet backbone access devices, and therefore improperly excludes developers of free apps from publication. As the US House of Representatives Subcommittee on Antitrust recently exposed, Apple, when it suited them with Chinese developer Baidu, appointed two Apple employees to help them navigate the murky waters of the Apple App Store. The Plaintiff and class members in this case, however, weren’t so lucky to obtain such hand-holding–their thousands of person-hours of work were tossed away by Apple, with illegal rejections that, according to the same House report, even astonished many Apple employees. The same report issued concerns over a $3 billion annual tax on developers levied by Apple.  Assuming a ten-year average developer contract, this lawsuit seeks to refund an illicit $30 billion tax to small developers. In addition, it is estimated at least two thousand apps, amongst the millions which applied, were denied because they competed with Apple’s own rival apps, or the monopoly’s close cronies. Hence, class damages could total over $230 billion, when combining improper taxes, rival exclusion, and excessive rents on in-app payments –making this potentially the largest class action in history. Expedited discovery will allow further refinement of this estimate. While damages of this magnitude are certainly   difficult to grasp, it should be noted that just last month, Apple announced a community initiative amounting to $300 billion, and Apple itself is valued at $3 trillion. Hence, in perspective, the alleged anti-competitive damages are approximately 10% of the company’s profit stream, or just one focused charity campaign.

This is a rapidly evolving legal matter. Apple has become the richest corporate entity in the world, thriving from 30% commissions and deeply curated –and restricted –trade outputs in the App Store that launched over a decade ago. Apple wants the public to believe it is all in the name of safety and consumer privacy. Last month, the New York Times asked Apple CEO Mr. Tim Cook about the mounting concerns over Apple’s unyielding power and absolute control over the App Store. His response –"somebody has to" control the internet, it might as well be Apple – certainly sounds more like the divine right of kings than a new age technology company.

[Patently Apple Note: the line of "somebody has to" control the internet presented above by the Plaintiff is out of context. Cook was talking about the App Store, not control over the internet. Source: Podcast with NY Times.]

The complaint further states that "Mr. Cook’s logic has one fatal flaw. For over forty years, and still today, the Apple Mac ecosystem healthfully thrived without such policing. Mac users simply aren’t begging Apple to police their computer software due to an imaginary flood of privacy violations and other scaremongering tactics. Representing a class of developers who directly suffer from Apple’s ever-expanding power grab is Primary Productions LLC, a creative studio with diverse work products. Counsel in the class action endeavors to represent the best interests of, and provide a voice to, other developers that have thus far been silenced by a company that took a very wrong turn –at a steep cost to society–after the passing of its legendary founder Steve Jobs.

In June 2018, the Plaintiff completed an iOS application (“the app”) that was seven years in the making. The app sought to give away blockchain currency (i.e., Ethereum, Bitcoin, etc.) to users through an entertaining and educational learning process where users would learn the basics of creating digital wallets, making deposits and tracking their wallet asset prices.  The app was completely free to use, funded through sponsorships and media partnerships, and did not subject any user to any form of risk, whatsoever. In fact, users were paid to use the app, in the form of modern digital currency.

Apple, meanwhile, was developing the Apple Arcade, targeting low-price and free to play games and entertainment software. Primary Productions’ app, as Apple recognized, was a sure hit in the growing enthusiasm for blockchain encryption currency that flourished in mid-2018. As such, Apple’s growing tentacles into low price gaming was directly threatened by Primary Productions’ very existence. Apple killed the Primary Productions app before the public ever had a chance to enjoy it, using the typical pretextual reasons they harass tens of thousands of developers with. In 2021 alone, as of filing, Apple has already rejected one million apps, representing millions of person-hours of lost work, all to appease the Apple giant.

This case centers on a form of censorship imposed by Apple, the extent of which is largely unknown to the public, but evident to nearly every small developer who lives under Apple’s oppression. Until about a decade ago, computer developers wrote software applications and published their work to the public domain, or sold it in brick-and-mortar software shops.  Apple changed the game by introducing the App Store, and a decade later, serious questions exist for our society.  Should every inventor –from creative labs like Plaintiff, to Nobel laureate level inventors denied app publication–have to gain Apple’s approval, or were the longstanding methods and freedoms enjoyed before the App Store better for society? This is a critical antitrust matter that is ripe for judicial scrutiny.  Until the App Store was invented in 2008, and for the entire history of computing, software authors effectively served as independent inventors and intellectual property developers when they published their works in the public domain or sold them in software shops. Over time, Apple’s App Store has so far distanced the independent developer-inventor from direct access to his or her audience, that critical commerce is restrained, in violation of the Sherman Act.

Nearly 60% of users and 80% of paid internet commerce access the national internet backbone using Apple devices. For many millions of these users, their de facto access to the internet relies upon using an iOS device.  Consider, for example, children or elderly who have been taught to access the internet using a relative’s Apple device and have absolutely no reasonable alternative. As such, Apple operates a de facto monopoly for access to the national internet communication backbone. More precisely, this lawsuit uses the novel market definition "smartphone enhanced national internet commerce and information communicating devices." Essentially, we   argue   that   citizens   make   a substantial investment (around $1000) in an amalgamation of hardware (camera, GPS, gyroscopes, heart sensors, microphone, altimeter, etc.)   to   communicate   with   other citizens, and Apple illegally restricts this de facto public utility investment.  In short, citizens own their network, and Apple has no right to police it, as was the case for decades with software shops and free markets uninhibited by Big Tech. Alternatively, we incorporate and improve upon the "Kodak downstream" antitrust app market theory, proceeding in numerous other districts for paid apps, so as to avoid frivolous dilatory motions by Defendant Apple – which scored a nine-year delay win in Pepper, until a milestone SCOTUS mandate. Apple has   restricted trade, communication, and free information exchange, all in violation of the Sherman Act, when it disallowed Plaintiff’s reasonable application."

Count 6: TYING THE APP STORE IN THE iOS DISTRIBUTION MARKET TO THE IAP PROCESSING MARKET

Count 8: REACH OF THE COVENANT OF GOOD FAITH AND FAIR DEALING