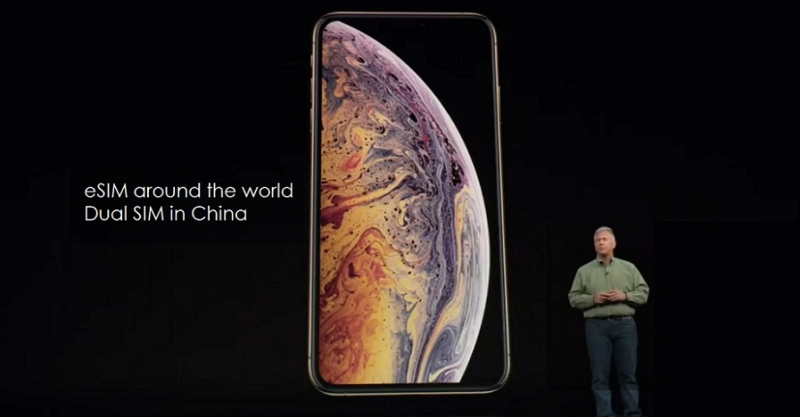 Back in September 2018 Apple's SVP of Worldwide Marketing introduced eSIM and Dual SIM with iPhone XS and XS Max. The video below presents that part of the keynote outlining these new technologies. The video is set up to start at the 1:17:30 mark of the keynote. You could stop it 2 minutes later when that segment is over.

In January of this year Patently Apple posted a report titled "Apple's Patent covering iPhone eSIM and Dual SIM Reveals that it was first filed in China."

Today the US Patent & Trademark Office published a patent application from Apple that generally relate to wireless communications, and more particularly, to methods and apparatus to support access to services for multiple subscriber identity modules (SIMs) simultaneously by a single-radio, multiple SIM (multi-SIM) wireless device. It's a much deeper patent than the one that we covered back in January.

In a first mechanism, the wireless device establishes parallel, linked protocol data unit (PDU) sessions, one PDU session for a first SIM and a second, tunneled PDU session using a second SIM, on behalf of the first SIM, where only one PDU session is active at a time. A SIM of the wireless device can have access to subscription information for one or more other SIMs and can provide information regarding at least one of the one or more other SIMs during an Internet Protocol Multimedia Subsystem (IMS) registration process, during a non-access stratum (NAS) registration procedure with a cellular wireless core network, and/or when requesting establishment of parallel PDU sessions. The first and second SIMs can be associated with a common PLMN or with different PLMNs. Accumulated data usage and/or time accounting for tunneled access carried via the tunneled PDU session using the second SIM, on behalf of the first SIM, can be applied for billing purposes to the first SIM.

In a second mechanism, the wireless device includes subscriber identification information, e.g., a 5G globally unique temporary identity (GUTI) of a subscription that originates data traffic, within a protocol header field to allow cellular wireless access network element, e.g., a gNodeB, to determine from which of multiple SIMs a data packet originated. The cellular wireless access network element separates the multiplexed traffic from multiple SIMs and appropriately routes the traffic via distinct parallel tunnels to one or more cellular wireless core networks. 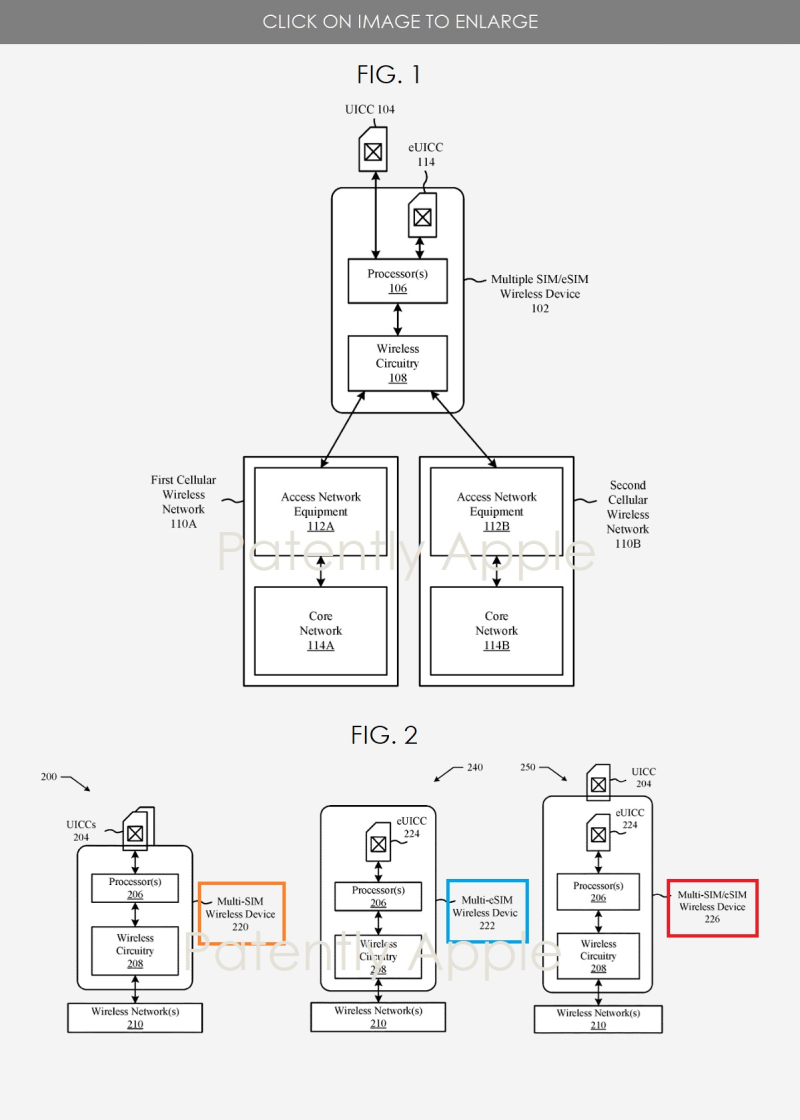