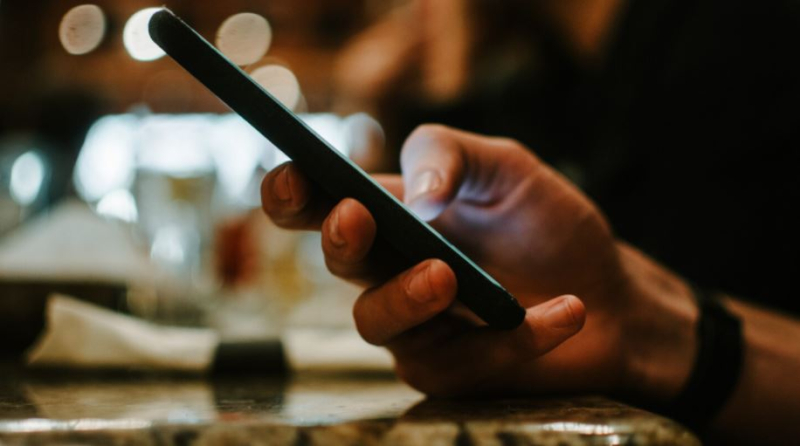 Counterpoint Research is solid source for market statistics for smartphones, tablets and wearables. In fact, we posted a report on Friday using their statistical charts and analysis. Yet in a secondary report that they published on Friday, they presented a misleading byline and bizarre statistical chart that was visually designed to bolster local Chinese brands over Apple. The report's byline was,  "Big shake up in Chinese smartphone market Q1 2021; OPPO, vivo top the market, realme grows fastest." The "Big Shake up" is designed to make Apple look like a total loser, as presented below. 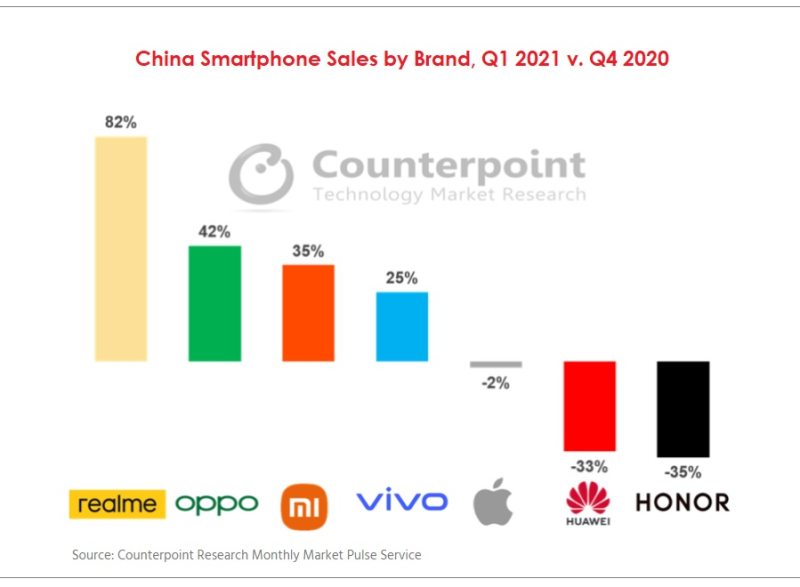 The Counterpoint report chart above shows the Chinese Vendor 'realme' in first place. While the report claims that realme's sales surged 82% Quarter-over-Quarter and 451% Year-over-Year, it's not accompanied by actual shipment numbers. It's deceitfully designed to show that realme was number one with Apple being a loser at minus-2%.

The chart is labeled "China Smartphone Sales by brand, Q1 2021 vs. Q4 2020." Yet in reality it's not representing sales, it's representing the percentage of growth of sales which is an entirely different thing.

In context, Apple's Q4 2020 had them tied for the number two spot with Vivo as presented in the IDC statistics chart below that was published in February 2021.

Minus-2% for Apple coming off a hot Q4 2020 is actually a fantastic achievement when it comes to actual shipments. But the report is playing with percentages of growth not shipments. At no time in their report do they provide us with realme's actual shipment for Q1 2021. That's a blind statistic.

It's perplexing as to what Counterpoint was trying to achieve with Friday's report other than to bolster Chinese vendors over Apple. At the end of the day, what was the Big shake up in the Chinese smartphone market Q1 2021?

Realme was still unable to crack the top five vendors in China in Q1 2021 even with a high YoY growth statistic. They ended up in seventh spot, to be exact. So what shake up was Counterpoint's researcher promoting?

For Apple, there was no such thing as a "shake up" in the Chinese market in Q1 2021. The Counterpoint byline was all smoke and mirrors. In reality, realme is lost in seventh position in China and so behind, that Apple can't even see them in their rearview mirror.