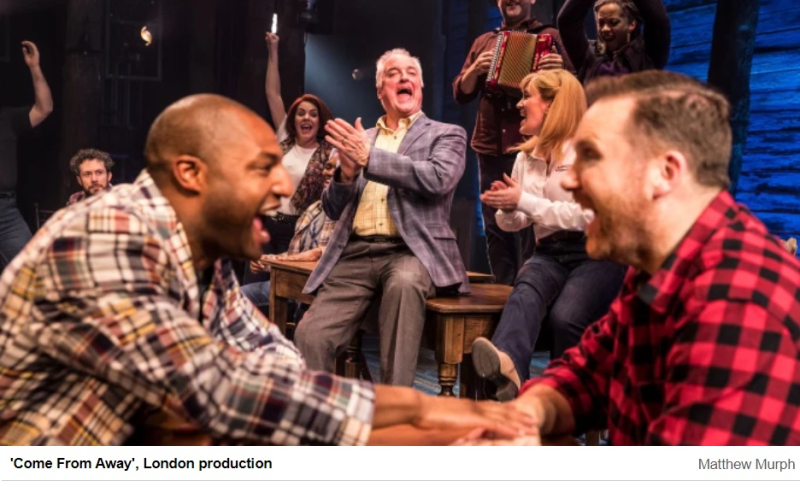 The upcoming filmed production of Tony-winning Broadway musical Come From Away is headed to Apple Original Films. eOne, Hasbro’s entertainment studio, is producing and financing the live filming. A release is planned for later this year on Apple TV+.

The Christopher Ashley-directed pic tells the remarkable true story of 7,000 stranded passengers and the small town in Newfoundland that welcomed them on the morning of Sept. 11, 2001. Cultures clashed and nerves ran high, but uneasiness turned into trust, music soared into the night and gratitude grew into enduring friendships.

The production will take place this May in New York City and feature cast members from the Broadway production, employing over 200 people including members of the musical’s crew, staff and creative teams. Casting will be announced at a later date.

Increasingly, streamers are getting into the Broadway feature production sphere. Disney+ anecdotally has claimed that its filmed Hamilton was a huge hit for them over July 4th 2020. For more on this, read the full Deadline report.