Home Archives Contact Us Subscribe Twitter MeWe Facebook Patently Mobile
In January, iPhones captured 6 out of the top 10 smartphone models shipped, with the iPhone 12 dominating the top 3 Spots
Jessie Henderson is joining the Apple Studios Executive Team & Justin Timberlake will be back in a new Apple TV+ Drama Series

Prior to the official release of 'AirPods 3,' Counterfeit products begin to hit the market overseas 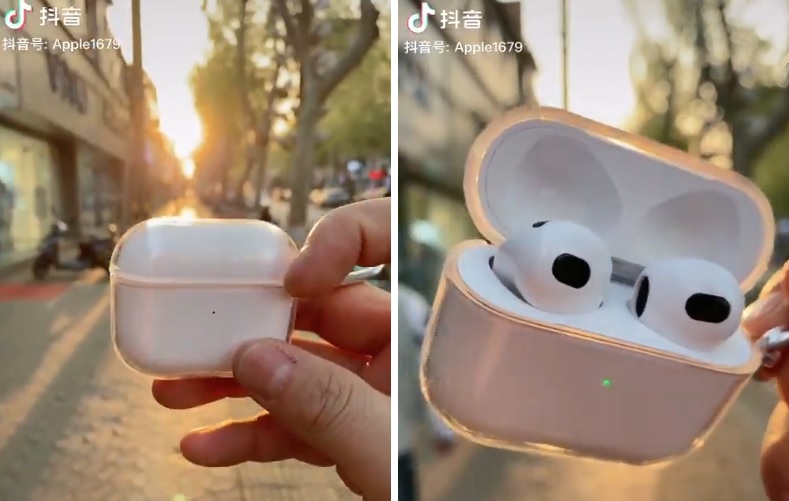 According to a new report this morning, "Apple is expected to launch the third iteration of AirPods in the third quarter of this year. Rumors and reports suggest the new ‌AirPods‌ will feature an updated design more in line with the AirPods Pro, but lacking in 'Pro' features such as active noise cancellation.

Despite ‌AirPods‌ 3 not yet being officially announced by Apple, counterfeit products of the unreleased earbuds have already hit the market. A videos from TikTok shared on Twitter, as presented below,  show fake AirPods, that are precisely in line with previously leaked images claiming to be the real deal."

According to the MacRumors report, "Fake Apple products not only present a challenge to the tech giant, but also pose a danger to customers. Buying fake products not only means you're missing out on the latest technology, but they could also present safety hazards and can even be illegal in some countries."

In a way, rumor sites are partly to blame for counterfeit products by promoting schematics and other details prior to a particular product being released. Apple recently sued a former employer for being a major leaker who was passing trade secrets on to someone at a media site for personal gain.

On the flipside, supply chain rumors from the likes of Ming-Chi Kuo and others, rev-up interest for new devices which benefits Apple.

In the end it's up to Apple to clamp down on this issue at the plant level and that's exactly what they've begun to implement. Last month Patently Apple posted a report titled "Apple Sets new Security Guidelines for Partnering Production Facilities in an effort to Crack Down on Information & Component Leakers."