No, it's not an April Fool's Joke: Apple has actually Invented a 'Blow Event' mode that triggers a particular control mode on an iDevice 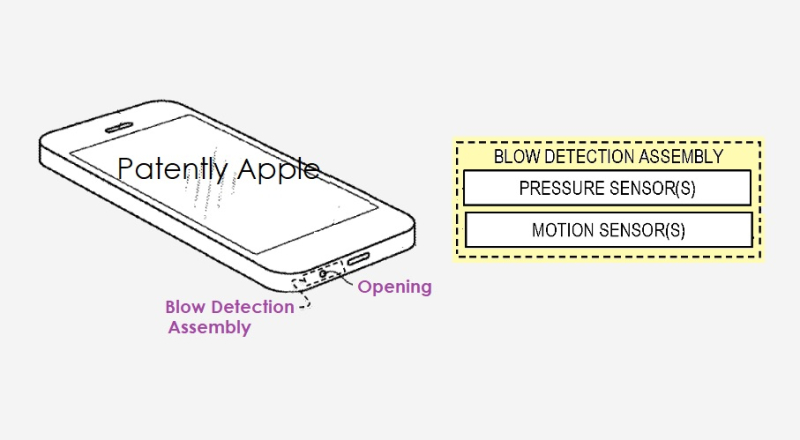 Today the US Patent & Trademark Office published a patent application from Apple that relates to a new mode of operating an iDevice which Apple calls a "blow event." I keep expecting Apple to call me at any moment now to say "April Fools!" Until that happens, I have to take this invention as seriously as I possibly can.

Apple presents one scenario wherein a user happens to have shopping bags in both hands when a call comes in. Instead of putting the bags down, Apple's invention will allow a user to simply blow on an Apple Watch interface enabling you to take the call. That's what Apple is illustrating in patent FIG. 8B below. 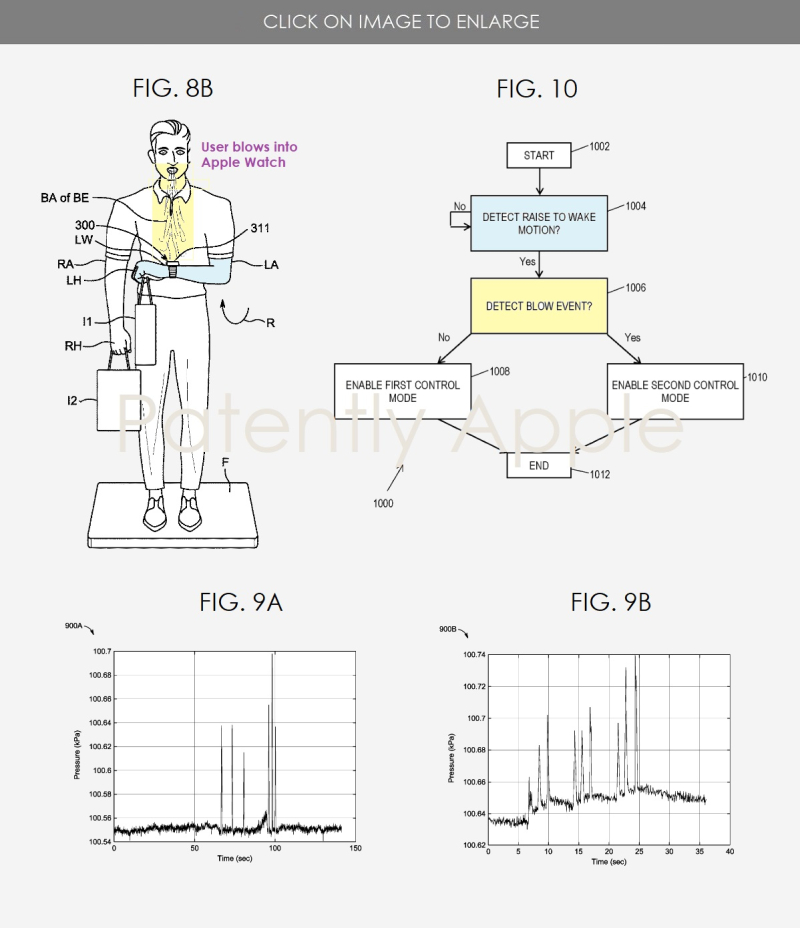 Apple's patent FIG. 1 below is a schematic diagram of an electronic device having a blow detection assembly; FIGS. 2 and 3 illustrate where the "Blow Detection Assembly is on both an iPhone and Apple Watch. The opening on both devices is where the user is to perform their blow event. 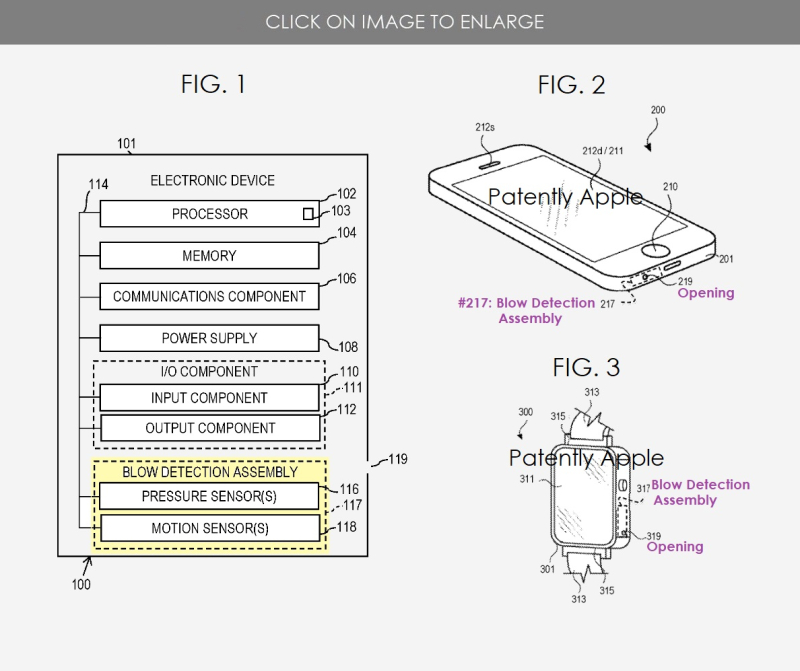 Apple patent relates to triggering a particular control mode of an electronic device in response to the device detecting a blow event (e.g., a current of air operative to increase the pressure detected by a blow detection assembly of the device). Such a blow event may be generated by a user without the user having to directly physically interact with or touch the electronic device (e.g., without having to press or swipe or otherwise impart a physical gesture onto a physical structure or mechanical input component of the device (e.g., a touch screen or button or the like), which may be helpful when the user's hand(s) are otherwise preoccupied.

Beyond Blow Events, Apple Watch may also be able to use wave gesturing in the future as the pressure of a particular gesture will mimic a blow event. Apple specifically state: "Therefore, it may be possible for a movement of the device quickly through three-dimensional space to generate detectable pressure values that may be similar to those that may be generated due to a blow event."