Home Archives Contact Us Subscribe Twitter MeWe Facebook Patently Mobile
A Samsung Patent Filing reveals that S Pen input could be coming to Galaxy Z Fold Smartphones and possibly this summer
Apple advances the use of 'Directional Haptics' for future use on an iPhone, Apple Glasses, a VR Headset, Apple TV & more 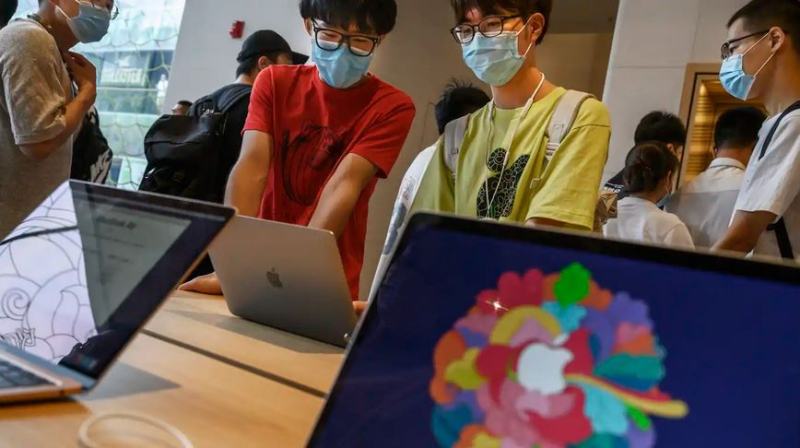 A new report this morning from Nikkei Asia claims that production of some MacBooks and iPads has been postponed due to the global component shortage, a sign that even Apple, with its massive procurement power, is not immune from the unprecedented supply crunch.

Chip shortages have caused delays in a key step in MacBook production -- the mounting of components on printed circuit boards before final assembly -- sources briefed on the matter told Nikkei Asia. Some iPad assembly, meanwhile, was postponed because of a shortage of displays and display components, sources said.

As a result of the delay, Apple has pushed back a portion of component orders for the two devices from the first half of this year to the second half, the people said. Industry sources and experts say the delays are a sign that the chip shortage is growing more serious and could impact smaller tech players even more heavily.

Apple is known for its expertise in managing one of the world's most complicated supply chains, and for the speed with which it can mobilize suppliers. This has helped the company withstand a global component shortage that is already squeezing automakers and electronics makers alike.

Production plans for Apple's iconic iPhones have so far not been affected by the supply shortage, although the supply of some components for the devices is "quite tight," according to two sources. Overall, the component shortage remains a supply chain issue for Apple and has not yet had an impact on product availability for consumers, Nikkei has learned.

Large players like Apple, Samsung Electronics and HP have a lot of leverage with suppliers to demand that their orders receive priority when capacity is limited, said Peter Hanbury, a partner with consultancy Bain & Co. "They also have developed sophisticated purchasing and supply chain capabilities, including collaborative planning with semiconductor manufacturing partners and strong visibility into where their products are manufactured so they can see ahead of shortages like this," he said.

The fact that the supply crunch has spread to MacBooks and iPads -- two key Apple items -- shows that the component shortage remains a serious issue and could deal a more serious blow to tech players that have less bargaining power and supply chain management expertise than the U.S. company, industry executives told Nikkei Asia. For more, read the full Nikkei Asia report.

According to Bloomberg, President Joe Biden’s top national security and economic advisers plan to meet April 12 with semiconductor and auto companies to discuss the global shortage of microprocessors, according to people familiar with the matter.

Companies invited to the meeting include automakers and semiconductor manufacturers, as well as technology and medical devices firms, according to one of the people. Among them are Samsung Electronics Co., General Motors Co. and GlobalFoundries Inc., the people said.

The chips shortage is due to increased demand for microprocessors in the pandemic, as consumers drove up sales of laptops, home networking gear and appliances while shifting to remote work and schooling. Global production of chips is concentrated with mostly two manufacturers, Apple supplier TSMC (Taiwan Semiconductor Manufacturing Co.) and Samsung.

Apple is holding their fiscal Q2 2021 Financial Conference Call on April 28th. Perhaps at that time Apple's CEO or CFO will shed more light on the company's supply chain restraints.