In 2021, Patently Apple has posted two patent reports covering new developments regarding the possible next-gen Galaxy Z Fold smartphone. The first patent report covered a new display support system that would protect the Z Fold in a fall event. The second patent report, posted last week, supported the ongoing rumors that the next Galaxy Z Fold 3 will support S Pen input. The patent figures illustrated below prove that out. 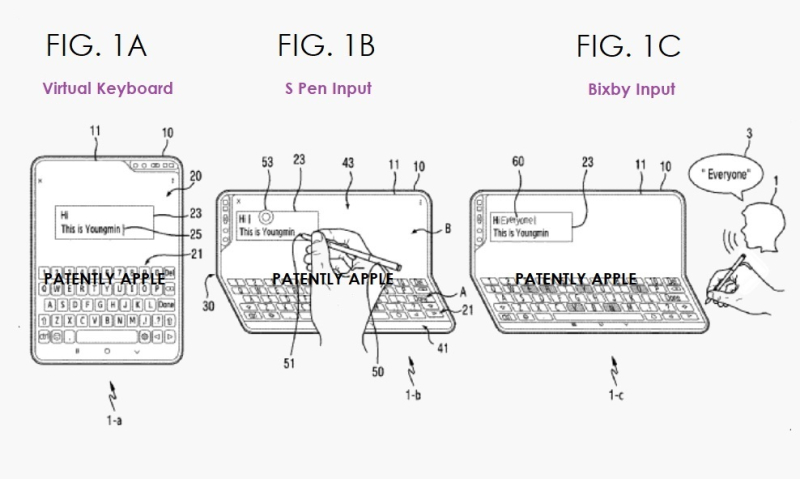 The following day, the U.S. Patent Office published yet another Galaxy Fold patent relating to the use of a new 'Conductive Plate" that is designed to support the display when writing or drawing on it. In patent FIG. 7 below we're able to see the conductive plate placed directly under and in contact with the flexible display for stability while performing other tasks related to reducing heat. 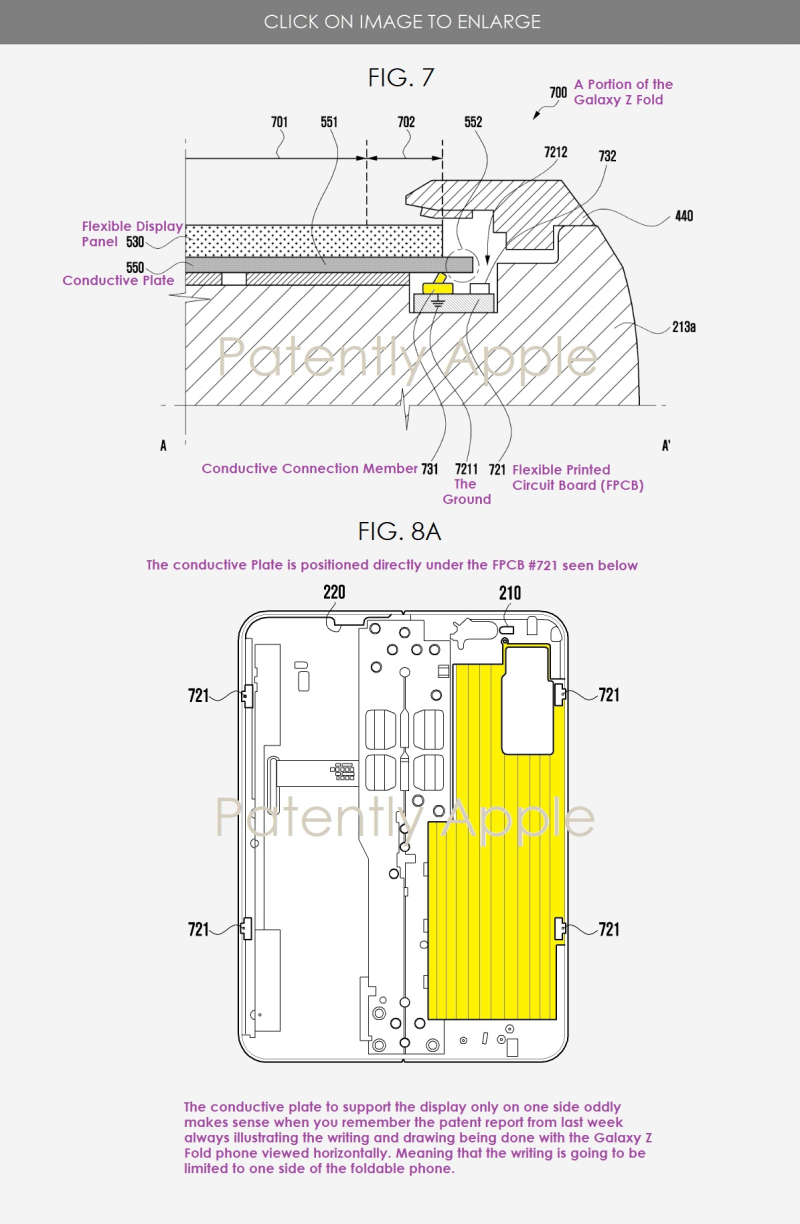 In patent FIG. 5 below, Samsung made note of a digitizer being used, which supports the use of an S Pen. 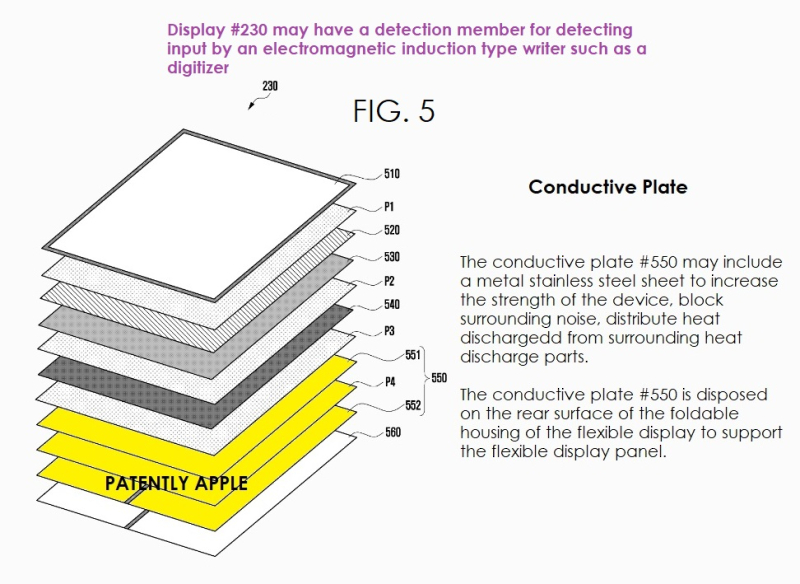 Samsung has been a pioneer in the development of the scrollable or rollable smart phone form factor going back at least to 2015. Since that time our other IP site Patently Mobile covered at least six more patents on this form factor over the years (01, 02, 03, 04, 05 and 06).

In late November 2020, Chinese smartphone vendor Oppo announced that they would be launching a scrollable/rollable smartphone dubbed OPPO X. You could read our report that offers a video of the phone in action.

With Oppo surprising Samsung, you have to wonder how far behind they'll be in delivering their first scrollable/rollable smartphone to market.

Just yesterday Samsung was granted a patent 10,977,771 for such a phone with patent FIG. 1 presented below. 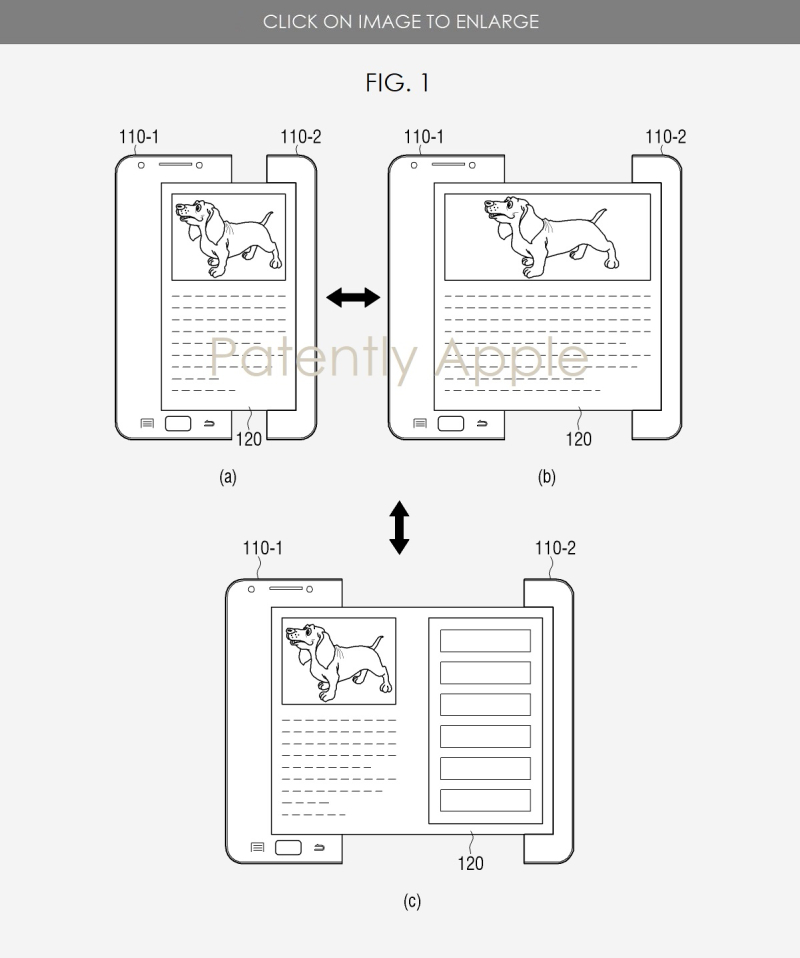 And, last Thursday, the U.S. Patent Office published patent application 20210103314 titled "Electronic Device of Sliding Type." Instead of the display scrolling out from left to right as presented above, Samsung's latest version of their scrollable/rollable smartphone pulls down in length as presented in the patent figures below. 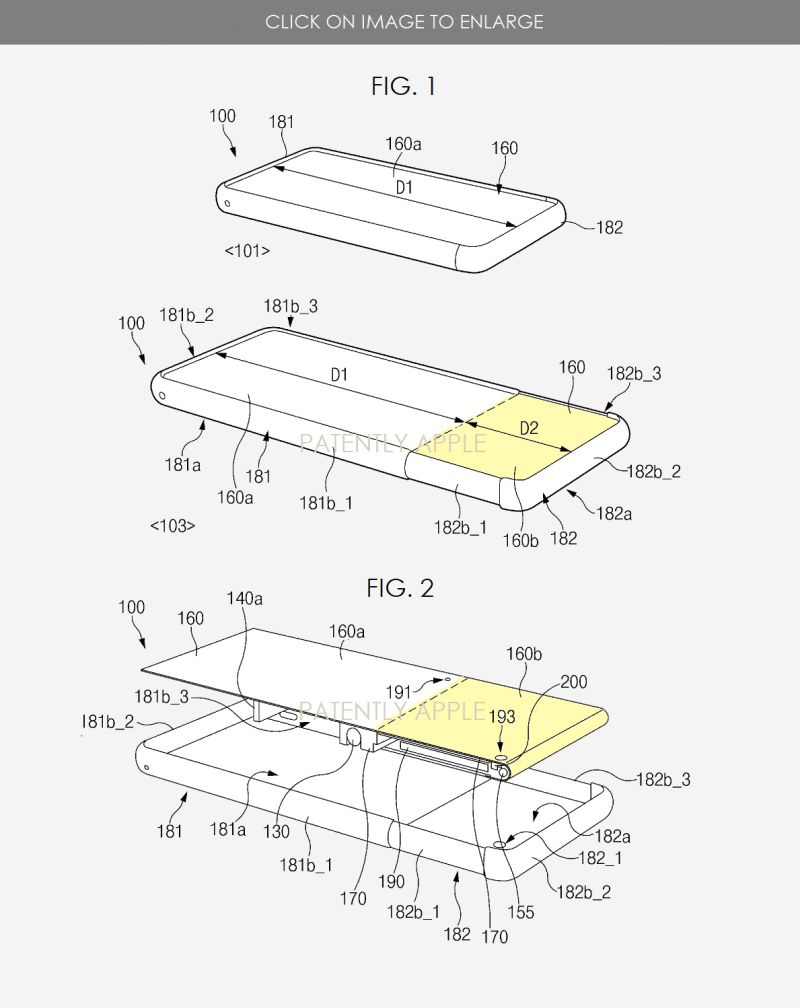 Samsung's aggressive Chinese competitors will be challenging Samsung's innovations in 2021. Oppo, as we pointed out earlier, will be releasing their first scrollable smartphone called Oppo X this fall and Xiaomi just launched their first foldable smartphone called the Mi Mix Fold earlier this month during a special event. The new phone is presented below. You could also take a look at the new device here. 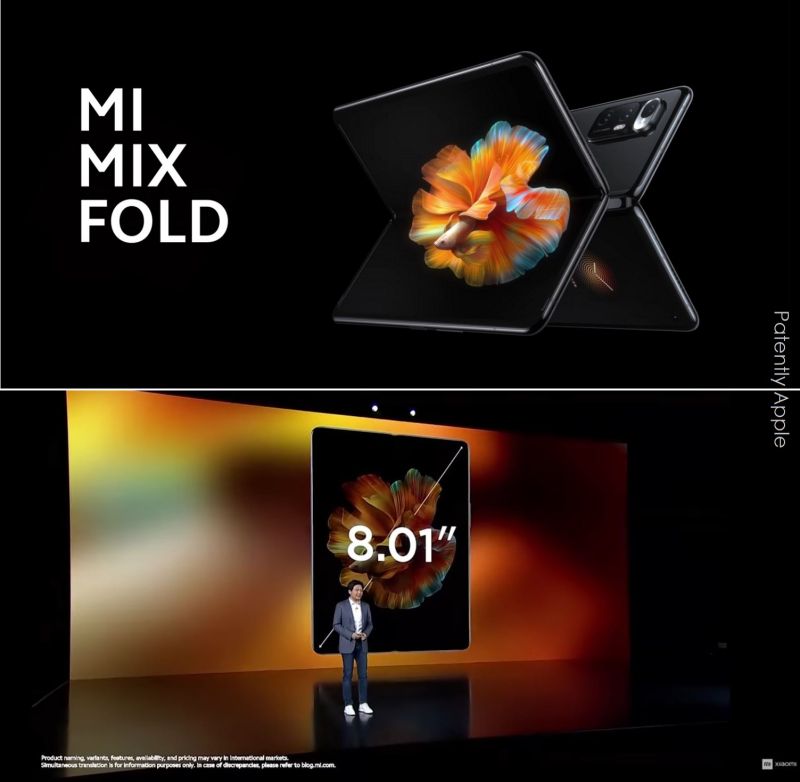