Home Archives Contact Us Subscribe Twitter MeWe Facebook Patently Mobile
Apple Reveals work on a 'Lenticular Display' that's used in context with a next-gen TV and their Apple TV+ Service
In an Interview with the NY Time's Kara Swisher, Cook touched on AR, Apple TV+, Project Titan and not being at Apple in Ten Years 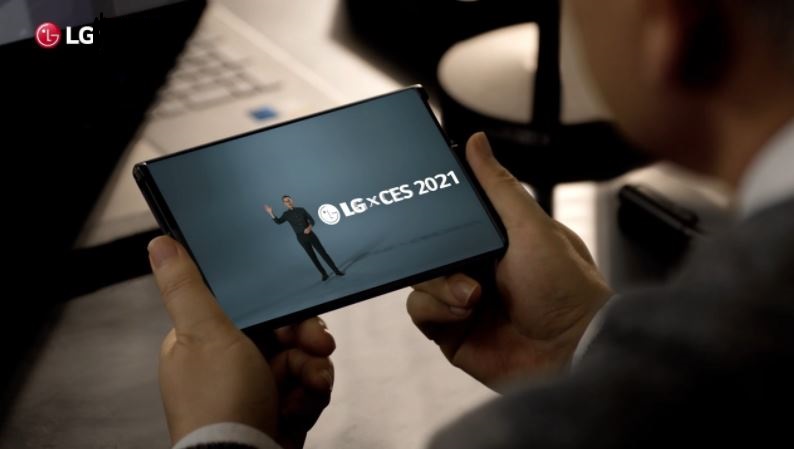 Patently Apple posted reports in January and March about LG making it public that it would either sell its smartphone business or shut it down, as the company's losses in 2020 alone were US$4.4 billion ($5 trillion won). Today we're learning that LG has decided to shut down its smartphone business as negotiations for a sale were not fruitful.

It's being reported this morning that LG Electronics Inc. is shutting down its loss-making mobile communications unit in a move to streamline operations and focus on future projects such as electric vehicle components.

The company will end production and sales of mobile phone products on July 31 to focus resources on growth areas including EVs, smart homes, robotics and artificial intelligence, it said in a statement. Phones constituted 8.2% of LG sales last year and there will be a short-term loss of revenue but the company expects the closure to be financially favorable in the long run. It’ll strength its car-parts business and continue to develop mobile technologies such as sixth-generation networking and cameras, it said.

LG was one of the pioneers of the Android operating system, collaborating with Alphabet Inc.’s Google on the Nexus smartphone line and producing some of the best camera and display technology in the category’s early days. In the U.S., the company was third behind Apple Inc.’s iPhone and fellow South Korean giant Samsung Electronics Co., but it hasn’t been competitive for years and Chinese upstart OnePlus has since replaced it amid a global loss of market share to overseas rivals.

Shares rose as much as 4.1% in the wake of the announcement. For more on this, read the full BNN Bloomberg report. Samsung is likely to gain market share in North America due to LG dropping out.