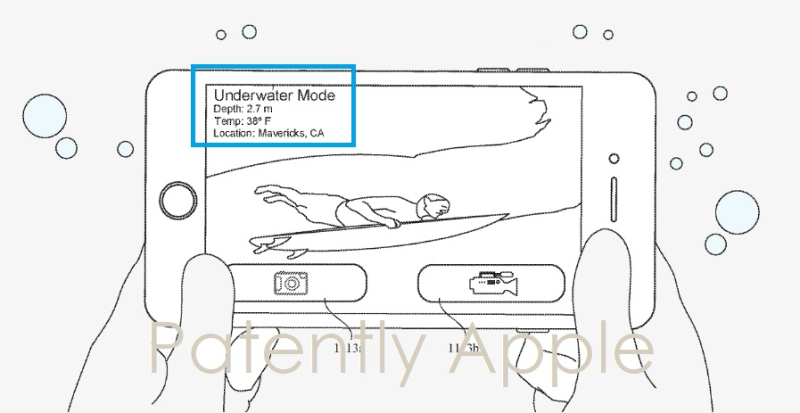 Today the U.S. Patent and Trademark Office officially granted Apple a patent that relates to detecting when an iPhone is exposed to a moisture event. More particularly, Apple's patent involves an iPhone executing specialized functions in conjunction with detecting moisture events. One such event places the iPhone GUI into underwater mode that allows for only limited functionality such as taking a photo or shooting a video.

In particular, although electronic devices could utilize touchscreen displays to determine when a selection of a user function is executed, the hardware components/software components associated with these touchscreen displays are unable to optimally execute these user functions (e.g., accurately determine a position of the touch input) on a consistent basis when exposed to such inhospitable environments or challenging events. Consequently, the user experience suffers. 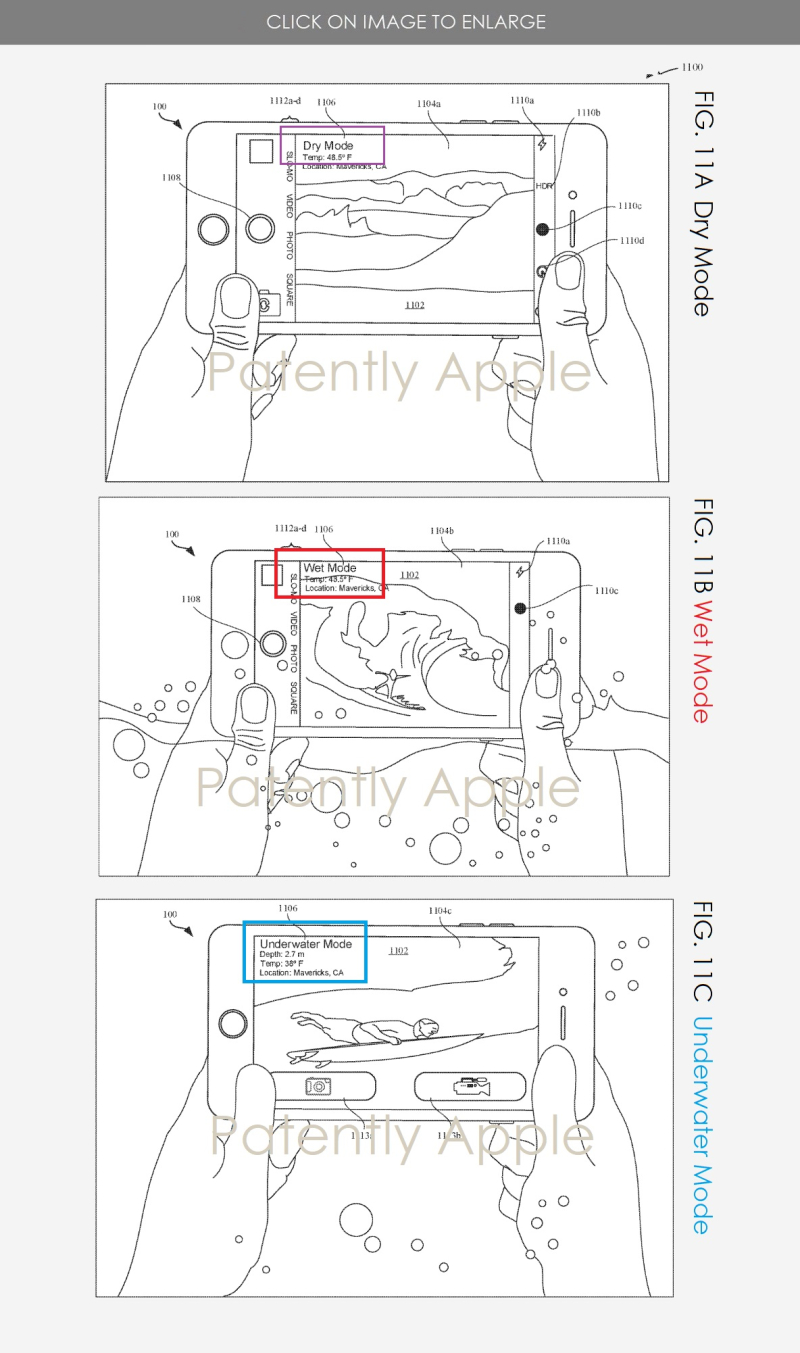