The U.S. Patent and Trademark Office officially published a series of 78 newly granted patents for Apple Inc. today. In this particular report we cover a single granted patent relating to possible tactile outputs that could replace audio alerts. And as always, we wrap up this week's granted patent report with our traditional listing of the remaining granted patents that were issued to Apple today.

Apple's solution is to provide a tactile output that may provide a sustained, physically-based notification of a particular item of interest. Apple notes that "Tactile output" means providing information that is perceivable by sense of touch. In some embodiments, providing a tactile output includes changing a physical characteristic or material property such as the shape, texture, or density of a portion of the electronic device in touch contact with the user.

In some cases, like an accessory such as a backpack, tactile output could include the straps of the backpack tightening to notify a user that an important message has arrived. Buttons on the straps could identify which kind of message arrived by protruding above the others so as to stand out. 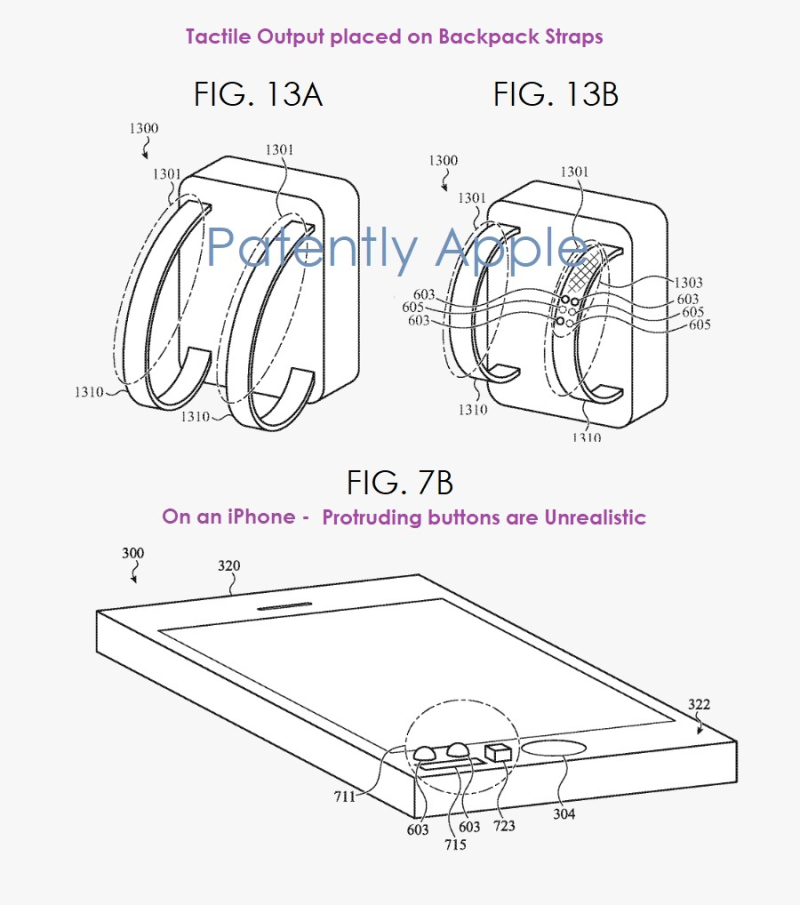 As far as having protruding tactile output buttons on an iPhone, it's a bit unrealistic long term, so why do it at all? It might have made some sense when all iPhone models offered a Touch ID button area.  Today, however, users want edge to edge displays and protruding buttons don't fit that design.

Apple's FIG. 8B illustrates tactile output could be placed on the side; FIGS. 9A and 9B provide backside buttons and changing texture output as alert methods. 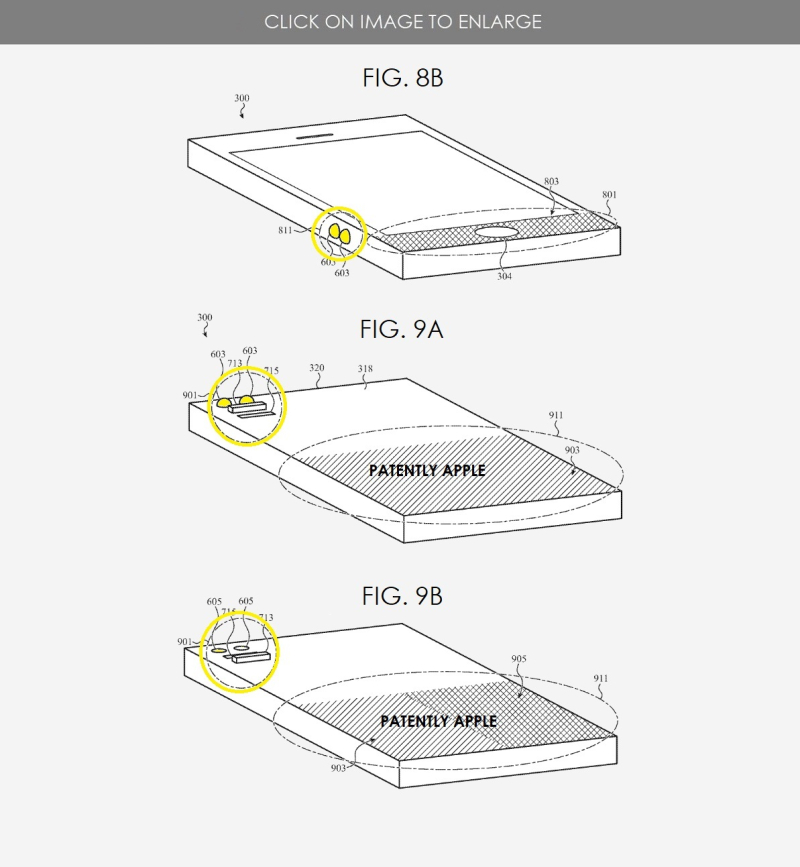 Apple's patent figures below also present areas of an Apple Watch and MacBook that could have texture changing areas acting as notification areas. 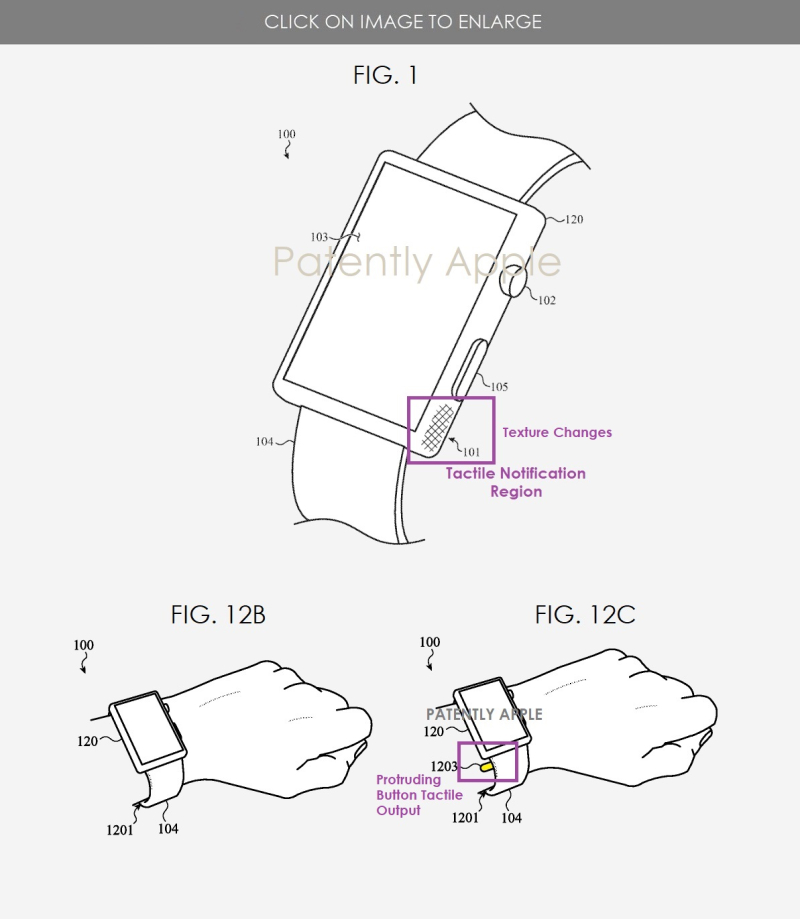 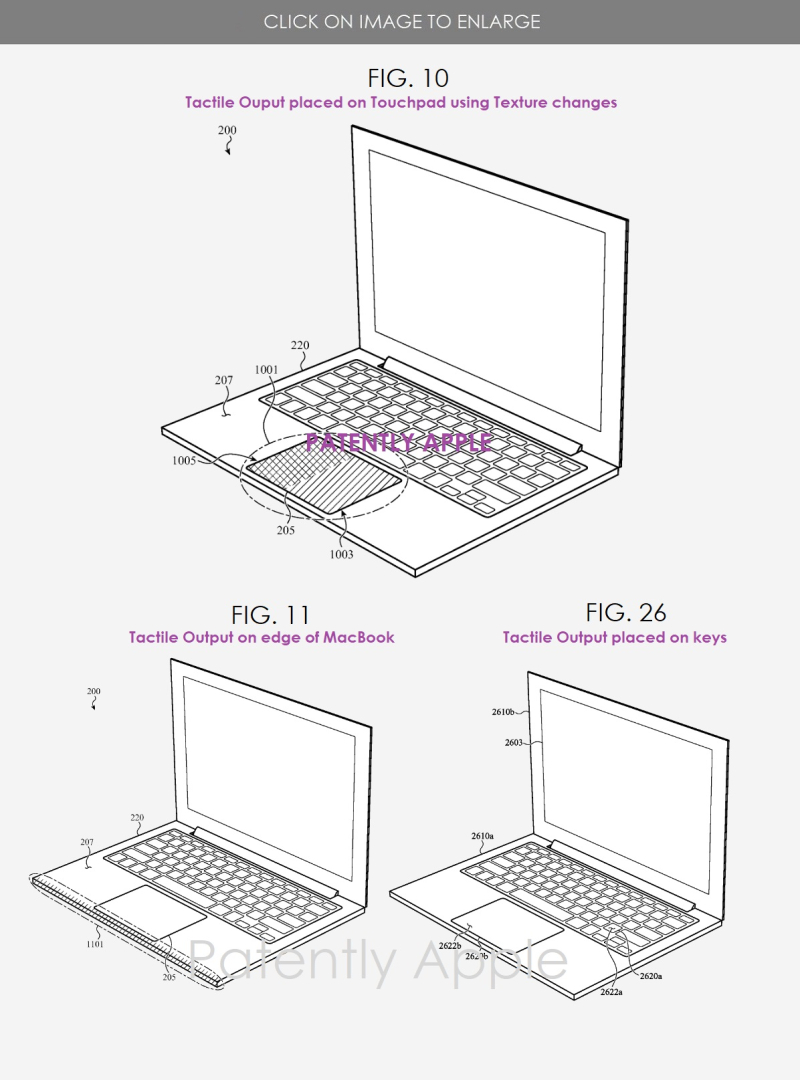 To dig into this invention's details, review Apple's granted patent 10,977,910 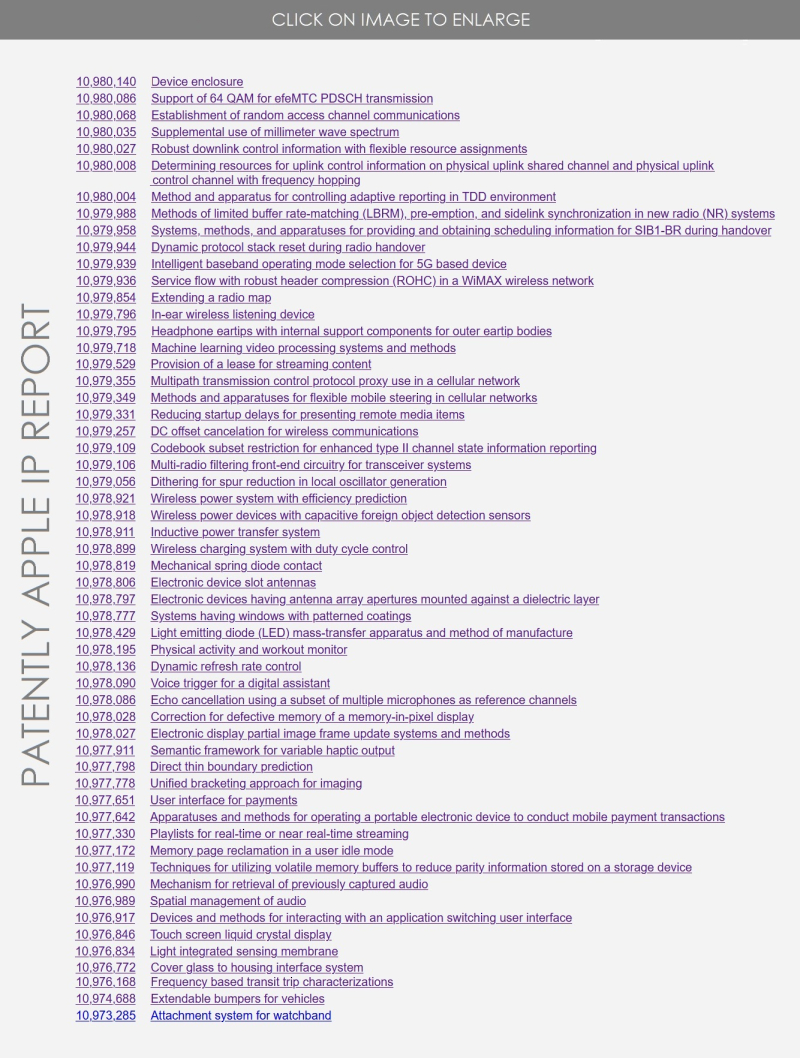