Today the US Patent & Trademark Office published a continuation patent application from Apple that relates to preventing the potential problem of folding devices, like a smartphone or tablet, from cracking in the fold area. Apple's invention covers the use of a protective cover layer structure that could make the display crack resistant and it's this very core process that Apple's continuation patent has now updated. 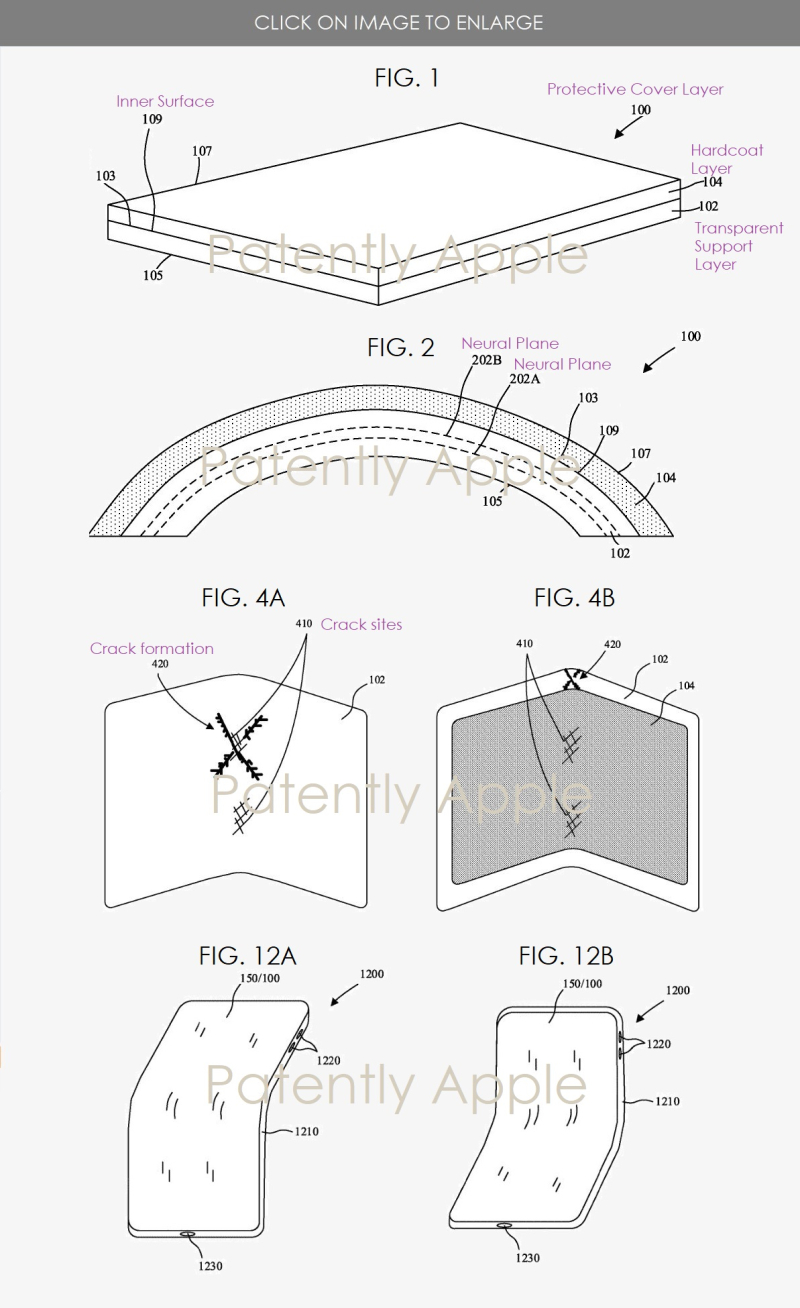 Patent Claim #17: The electronic device of claim 16, wherein a concentration of the particle filler is higher nearest the transparent support substrate and lower nearest the outer surface of the hardcoat layer.

Apple's continuation patent 20210096595 was filed in October 2020 and published today by the U.S. Patent and Trademark Office.